Who Supports a $15 Minimum Wage? 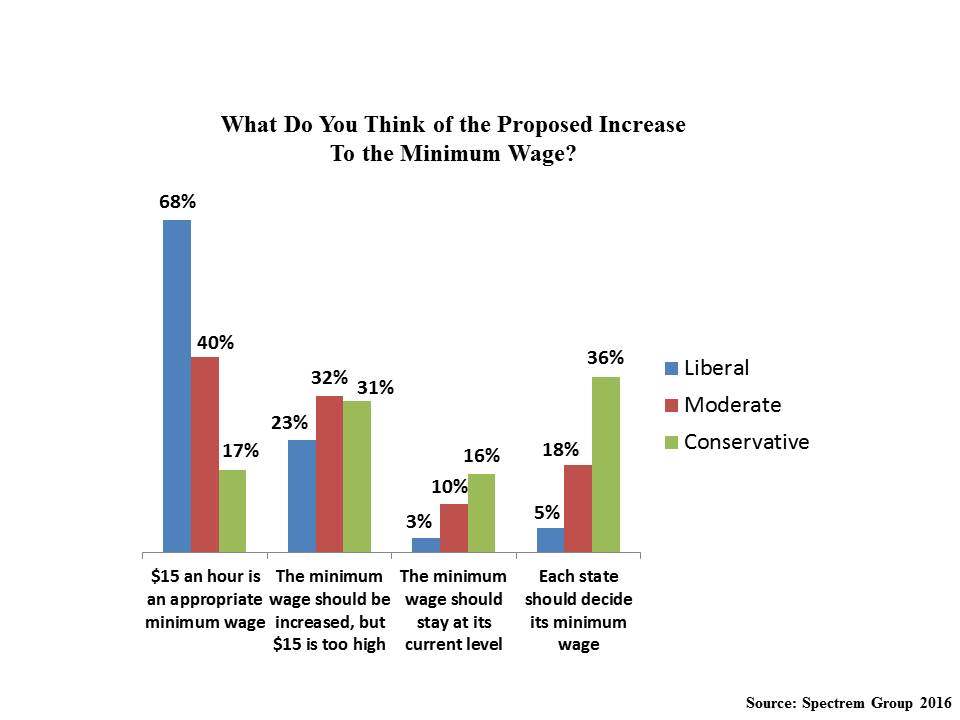 On May 25, a reported hundreds of protestors gathered in Oak Brook, Illinois, the site of McDonald’s headquarters, for a march and demonstration in support of a hike in the minimum wage to $15 an hour. This was the latest in a series of protests that have begun in earnest in 2012, when, in November, New York City fast food workers walked off their jobs.

Since then, the “Fight for $15” movement has sparked a national debate over the minimum wage, how much, if at all, it should be raised, and who should mandate any increase. Where do Affluent investors stand on the subject? A new Spectrem Group Investor Pulse survey finds marked differences of opinion depending on gender, age, occupation and political affiliation.

Affluent investors overall are split on the issue. Roughly three-in-ten contend that $15 an hour is an appropriate minimum wage (30 percent) of that the minimum wage  should be increased, but that $15 is too high (31 percent). Just over one-fourth (26 percent) believe that each state should decide their minimum wage. Only 12 percent believe the current minimum should stay at the current level, which ranges from ($7.25 in several states to $11.50 in the District of Columbia.

Women, who have long faced salary inequity in the workplace, are more gung-ho than men that the minimum wage should be raised to $15 an hour (36 percent vs. 26 percent) while men are more likely to believe that the states should each decide their minimum wage (31 percent vs. 19 percent).

Age is an obvious factor in where one stands on the issue of raising the minimum wage. Respondents under 40, for example, comprise the highest percentage of respondents by age to believe that $15 is an appropriate minimum wage (37 percent, vs. 25 percent of Baby Boomers ages 51-60 and 31 percent each of respondents ages 41-50 and 61 and up. Conversely, Millennials are the least likely to believe that setting a minimum wage should be left up to each state compared to older generations.

But if you want to see a real split on the issue, check out the responses from Affluent investors based on their political affiliation. Roughly six-in-ten who identify themselves as Democrats believe that $15 an hour is an appropriate minimum wage compared to just 12 percent of Republicans and 27 percent of Independents.  Almost one fourth of Republicans believe the minimum wage should remain at its current level, compared with just 4 percent of Democrats and 9 percent of Independents.

Republicans comprise the largest percentage of Affluent investors by age who believe that establishing the minimum wage level should be left up to each state (34 percent vs. 7 percent of Democrats and 32 percent of Independents).