So, Where Were We? 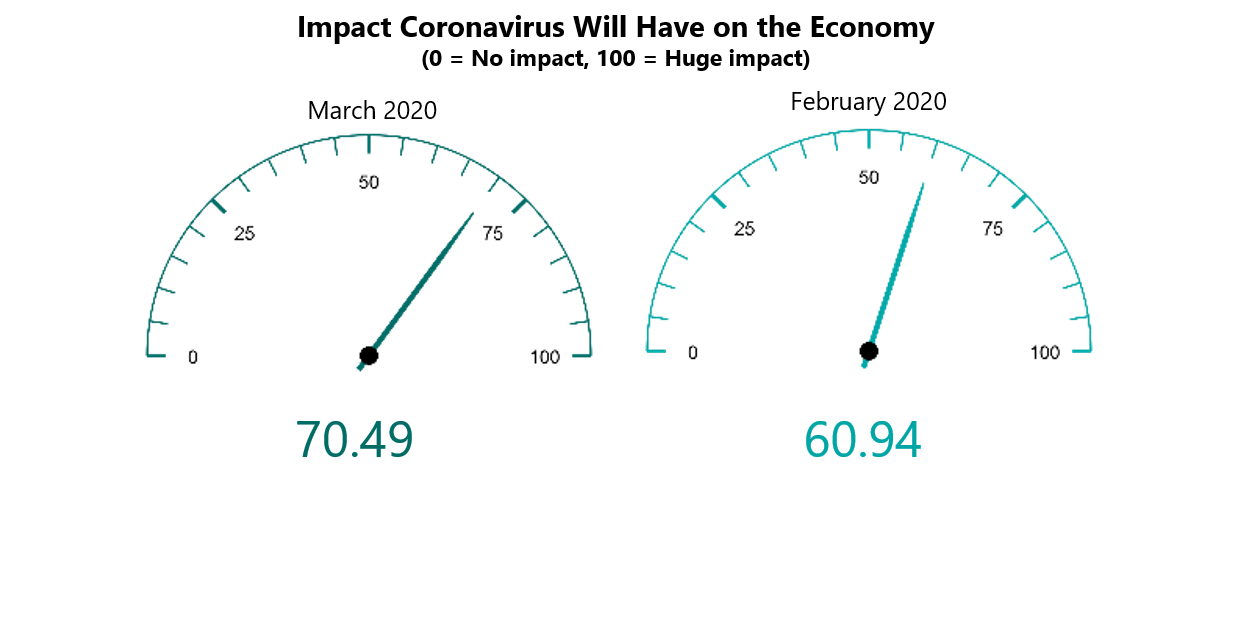 On March 9, Spectrem surveyed hundreds of investors to determine what amount of financial pain they thought the coronavirus would bring to the U.S. economy, and to personal household finances.

In early March, the full extent of the coronavirus on the health of the people of the world and the health of the global economy was not fully understood. Many people were maintaining hope that the crisis would be averted somehow, and that the impact would be much smaller than it has turned out to be.

Here are a couple of key facts from the March Corona Crash report that will likely be greatly changed in the April study:

·       Investors were asked in both February and March to place the impact of the coronavirus on the economy on a 0-to-100 scale. In February, well before the virus had gotten a strong foothold throughout the country, the rating was 60.94, indicating even then investors knew the virus would have an impact on the economy. Then, in early March, investors were asked the same question and the rating jumped 10 points to 70.49. What will that measure be in the April fielding?