When You Receive a Surprise Inheritance 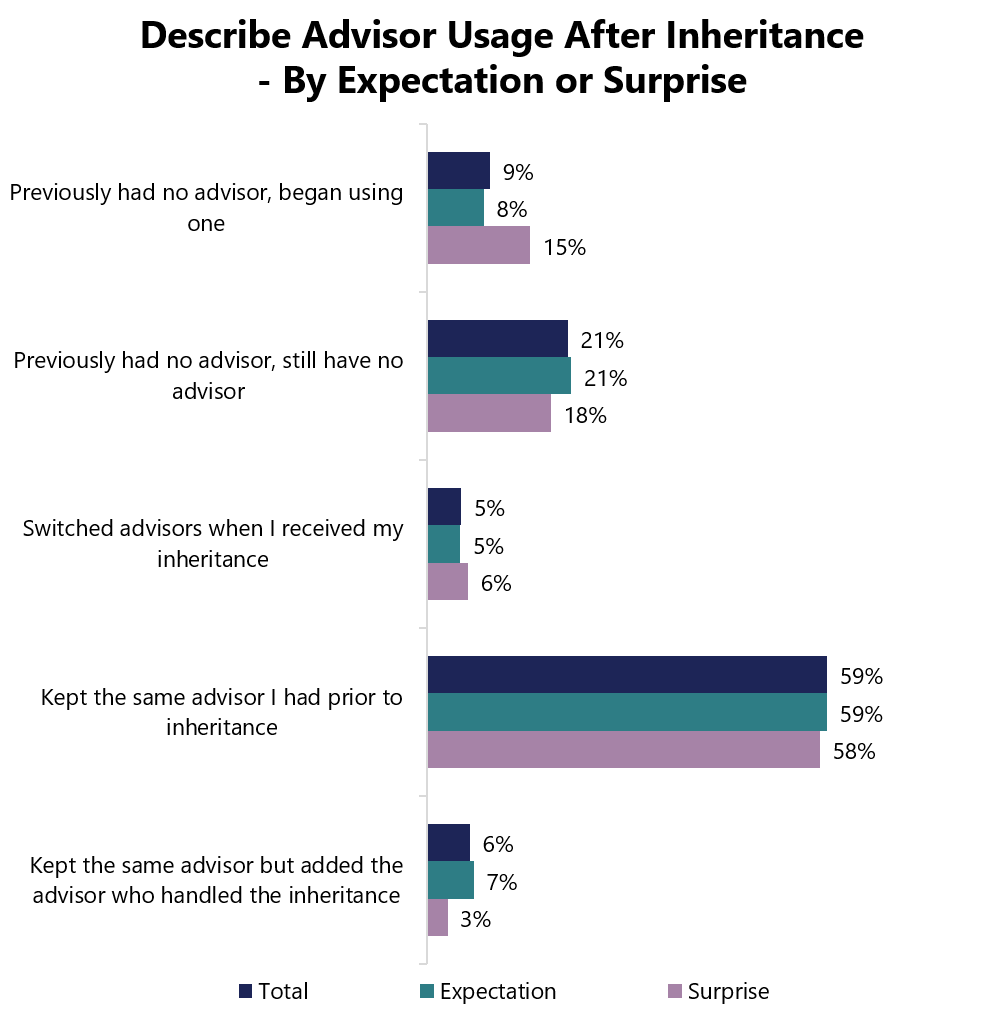 These investors take a different approach to the inherited assets and to their own estate planning than individuals who expected their inheritance.  Advisors need to be aware that very few inheritors who were surprised by the inheritance work with the advisor that helped with the estate distribution.  Advisors who do not have a relationship with the beneficiaries of their clients need to actively work to develop the relationship with the next generation, through providing educational materials, complimentary estate plans, encourage beneficiaries to be active in future meetings and offer a discounted fee structure to the next generation.