When Investors Use Two Heads Instead of One 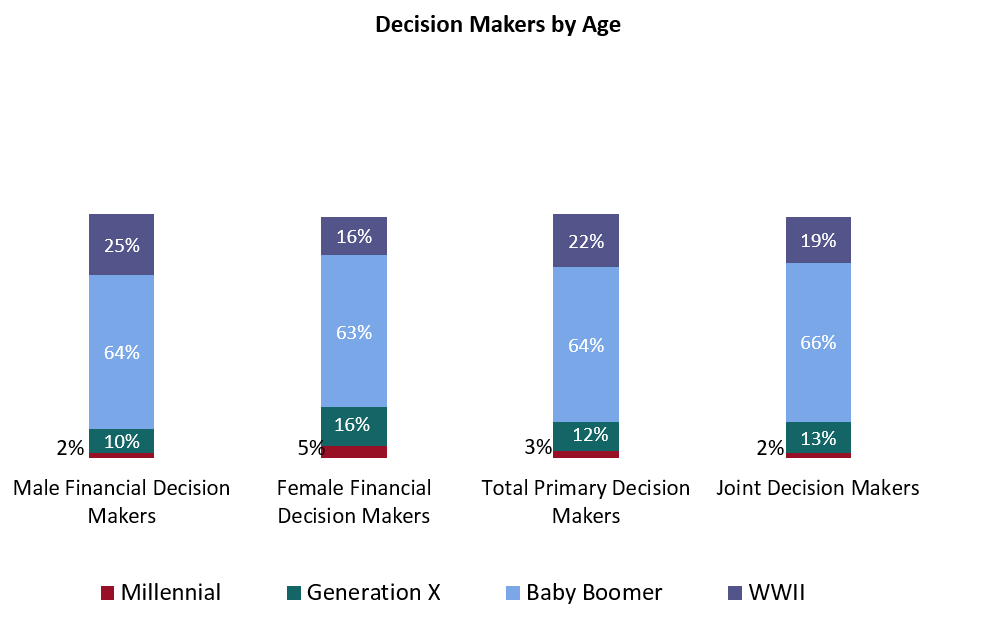 At some point in a relationship that ends up in marriage or cohabitation, a decision is made about the financial plan of the household.

Either the spouses or cohabitants decide to make financial decisions together, or one member of the household is assigned or awarded the duty of handling the finances and investments of the couple.

“It should be one of the first questions an advisor asks when meeting with a married person or a couple,’’ said Spectrem president George H. Walper Jr. “Determining who is making the financial decisions and whether those decisions are being made by one individuals or by a couple working together is the only way the investor-advisor relationship can work.”

Spectrem’s newest Perspective Joint Decision-Making Households looks directly at those relationships in which two people work together to determine the best path for their finances and investments.

Conversely, joint decision-makers are more likely to be looking for a guaranteed rate of return. Fifty-four percent of those households make that claim (although when the primary decision-maker is female, 55 percent of them want the same guarantee).

Advisors also need to know that when the decision-making in a household is shared, the decisions are made with fewer voices heard. While primary decision-makers are much more likely to seek guidance from friends, family and co-workers, joint decision-makers rely primarily on each other, or have a higher degree of dependence on their advisor to make decisions and investments.

If an advisor meets with a married individual without the spouse in attendance, investigating the household dynamic is imperative. Advisors need to know how much the absent household member is involved in decision-making, and must address communication requirements when dealing with the household.

On the other hand, when meeting with couples, advisors can learn a great deal by asking both members questions directly. Deferring to one or the other spouse or household member can put off the investor being ignored, and advisors might not get a real feel for the decision-making process going on at home.