When The Going Gets Tough, Investors Back Off 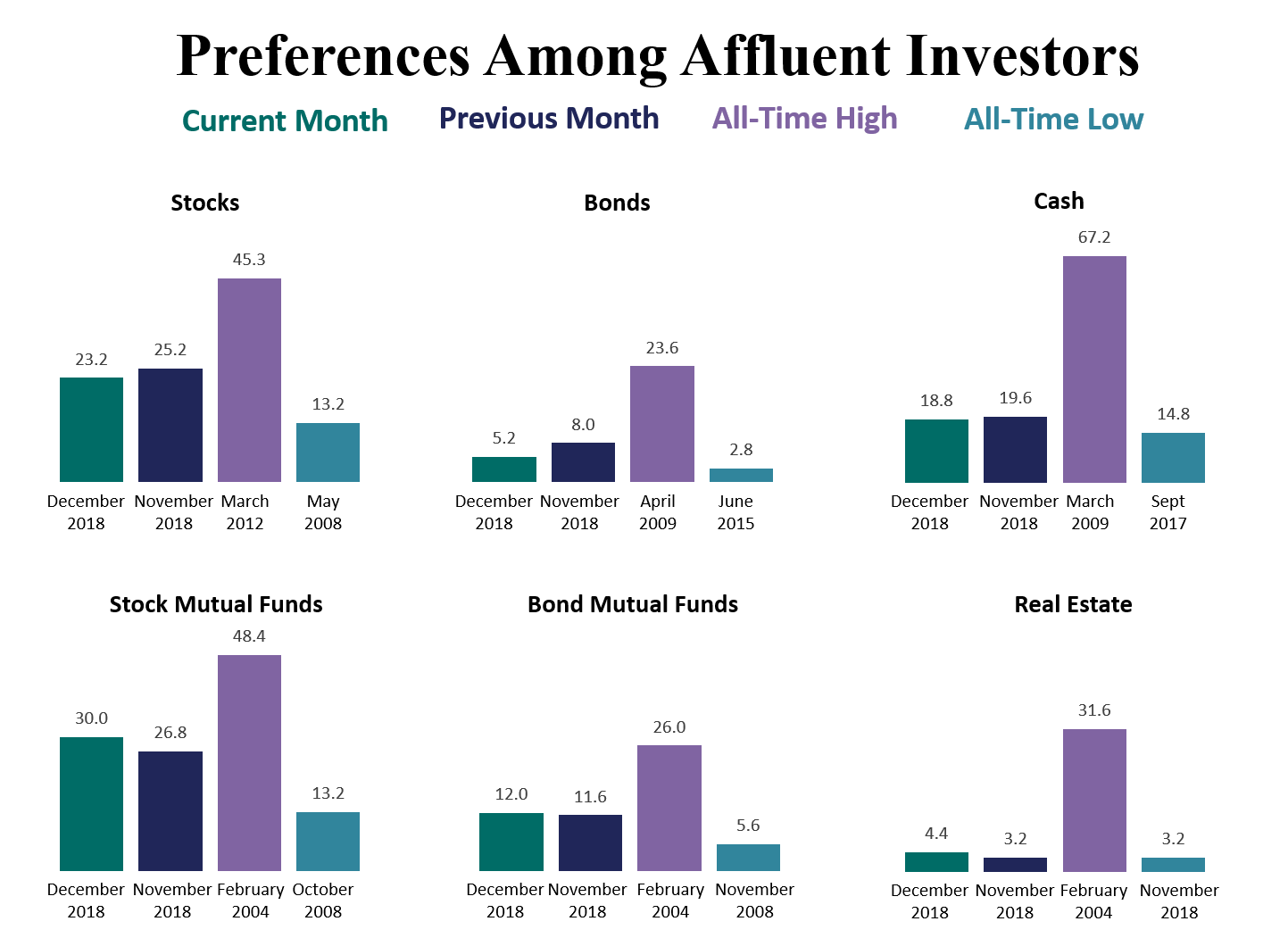 The Dow Jones Industrial Average lost more than 2,200 points from Dec. 3 to Dec. 18, and there was no economic news to indicate those points would be coming back by the first of the new year.

So it makes sense to hear that affluent and millionaire investors decided to back away from Stock investing in December, as shown by the results of the Spectrem Affluent Investor Confidence Index (SAICI) survey conducted Dec. 13-18, 2018.

Investors Not Investing, the category of investors who simply state their intention to maintain their current investment levels or decrease it. Among both Millionaires and non-Millionaires, those Not Investing dropped slightly, indicating those who enjoy investing are still looking for investment opportunism despite the bad stock market numbers.