What's Going On With Cryptocurrencies? 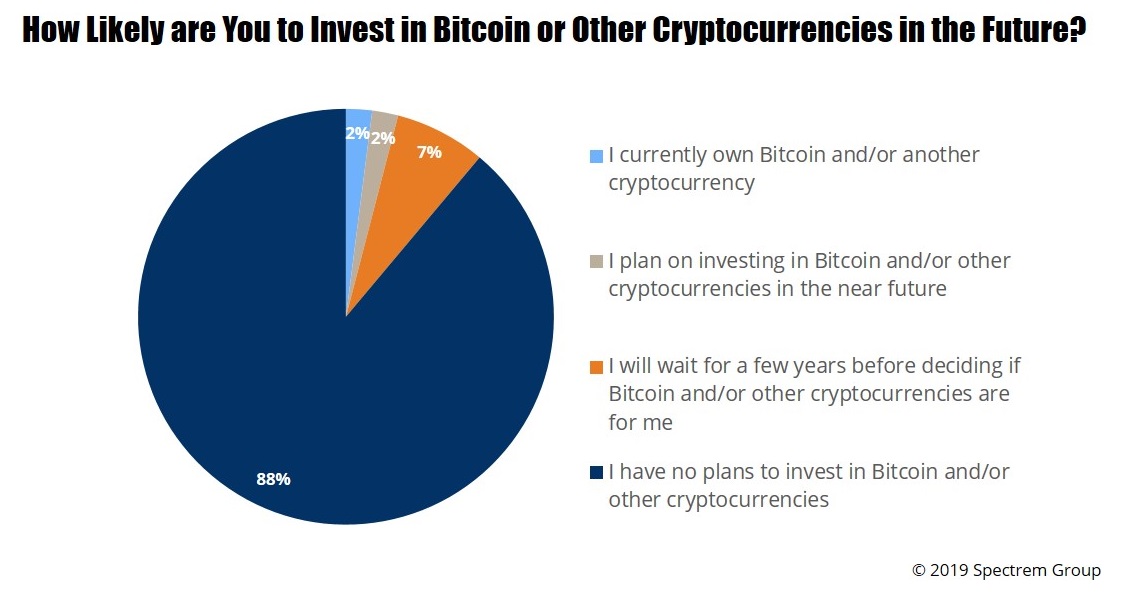 Among wealthy investors, there is clearly an audience interested in the young cryptocurrency field.

But that audience remains small from a percentage standpoint.

Spectrem’s monthly research with wealthy investors is revisiting the topic of the appeal of cryptocurrencies, and early results do not appear to show that interest has grown among investors with a net worth up to $25 million.

For definition sake, Wikipedia says cryptocurrency is “a medium of exchange using cryptography to secure the transactions and to control the creation of new units. Cryptocurrencies are a subset of alternative currencies, specially of digital currencies.”

As of May 8, Bitcoin, the first centralized form of digital currency, was trading at $5,943 per coin. But detractors of the currency form are quick to point out that there is no bank which backs cryptocurrencies, so that the value of the coins is based on the speculation of its value among those who trade in it.

In January of 2018, investors were asked how likely they were to invest in bitcoin or other cryptocurrencies in the future, and 88 percent said they had no plans to do so.

Then, in April of 2019, investors were asked to place their belief that cryptocurrency will be the currency of the future on a 100-point scale, and the overall responses was 19.96, a very low rating.

Cryptocurrency also has a problem that it cannot stay out of the daily news reports on financial websites. Here is an example from the months of April and May, 2019:

The reporting on cryptocurrencies and the continued thrust of developmental funding into new businesses related to new currencies flies in the face of stated investor interest. This brings to mind the age-old question of which will happen first: investors will come around to the idea or the idea will go away.