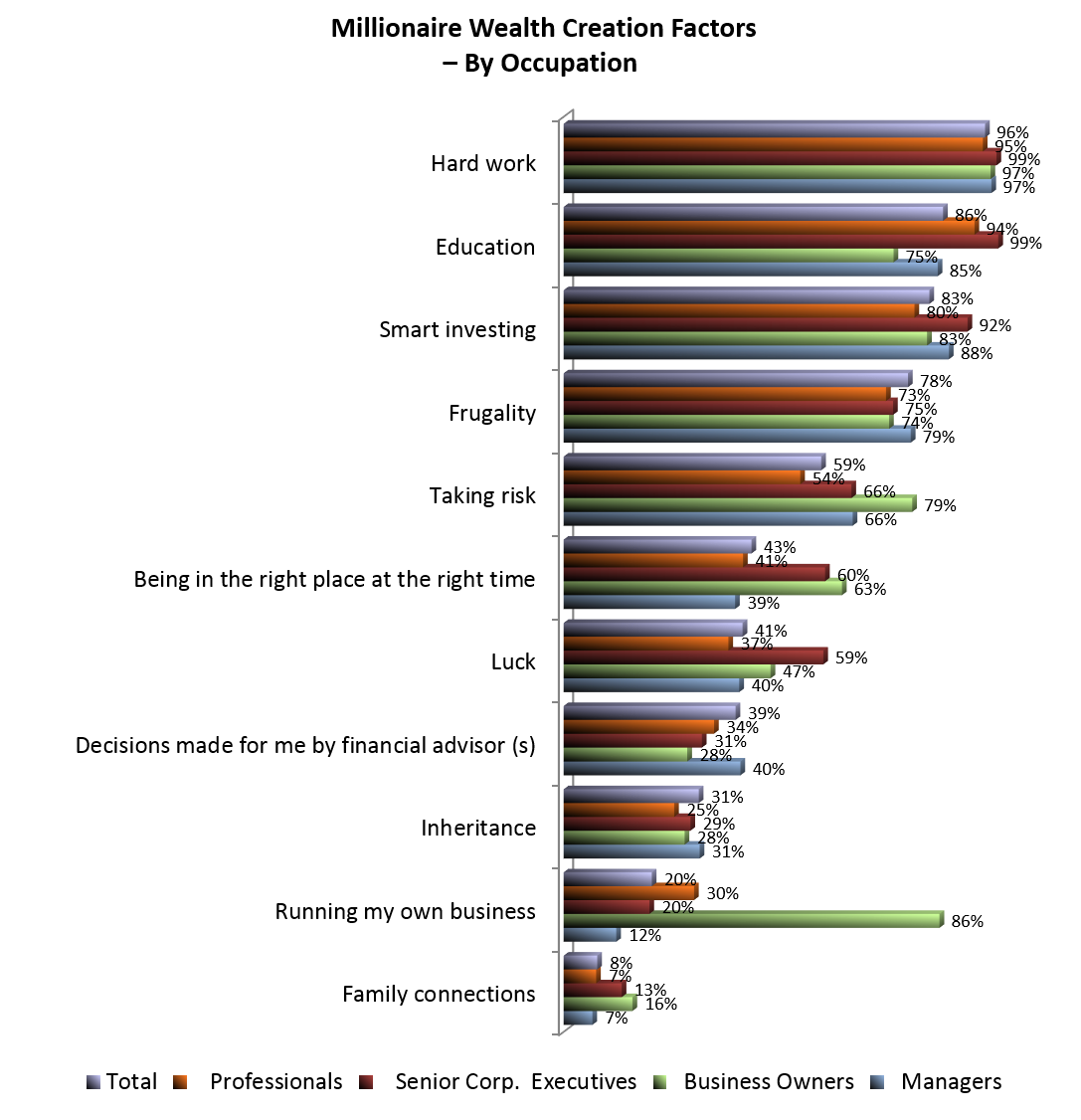 A significant majority of America’s Millionaire business owners are optimistic about their personal financial situation, but they have a plethora of concerns over issues that could affect it.

Roughly three-fourths of Millionaire business owners with a net worth up to $5 million (not including primary residence) expect their personal financial situation to be stronger one year from now, according to Millionaire Investor 2015: Financial Behaviors and the Investor’s Mindset, a wealth level study conducted by Spectrem Group.

And while 75 percent fully expect to have sufficient income to live comfortably during retirement, this is lower than their occupational counterparts, including managers (88 percent) and senior corporate business executives (86 percent).

Nearly nine-in-ten Millionaire business owners credit running their own business as the primary factor in their wealth creation. This is second only to hard work and above such factors as education and smart investing.

What national concerns do they feel might most impact on the financial health of their business? Foremost, according to the Spectrem Group report, is the political environment (92 percent, compared with 84 percent of Millionaire investors overall). Interestingly, they are much less concerned about government gridlock and the perception that the White House and lawmakers will not or cannot work together to solve the nation’s economic woes. Sixty-eight percent of surveyed Millionaire Business owners cite this as their primary national concern.

About eight-in-ten indicate a heightened concern about the national debt (vs. 71 percent of Millionaire investors overall) while 72 percent are concerned about the federal deficit.

Millionaire business owners express near-equal concern about two other closely-related issues, inflation (58 percent) and when the Federal Reserve will increase interest rates (59 percent). On Sept. 17, the Fed announced it would keep its benchmark interest rates near zero, but some members of the Federal Open Market Committee, including Fed Chair Janet Yellen, have recently said that a rate hike this year is still in play. Higher interest rates would impact the cost of borrowing and investing.