What is in the Retirement Accounts of Millionaire and UHNW Investors? 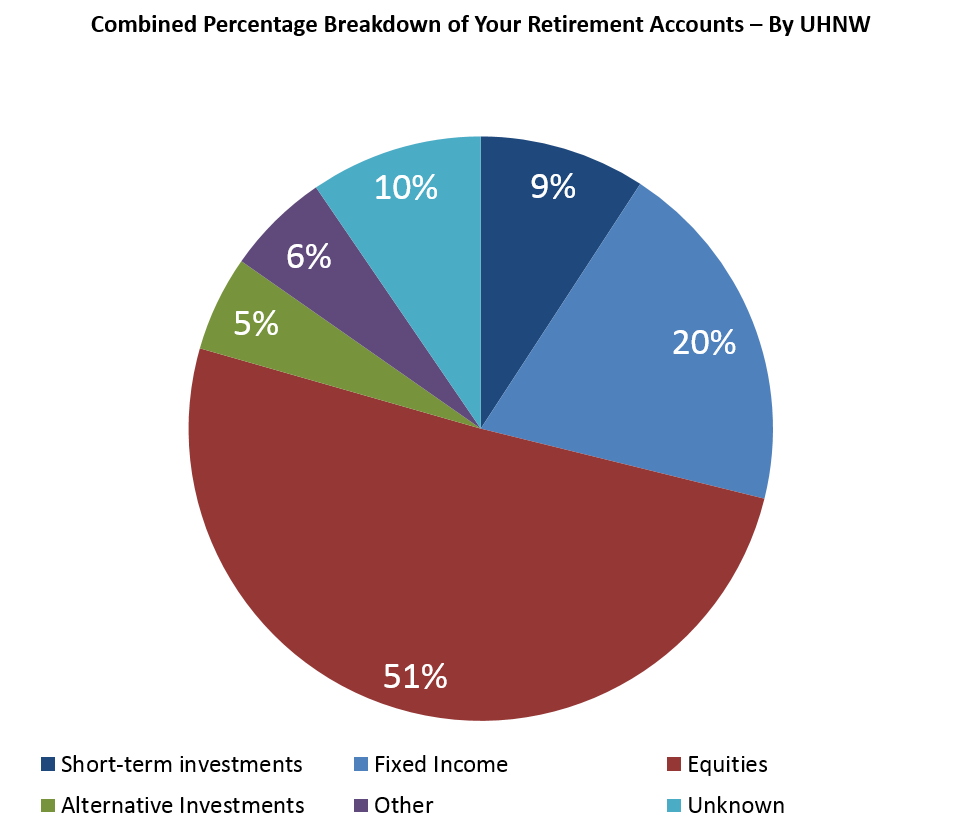 Roughly two-thirds of Millionaires and 55 percent of Ultra High Net Worth investors have an employer-sponsored defined contribution plan such as a 401(k), our research finds. What is the breakdown of these retirement accounts?

Asset Allocation, Portfolios and Primary Providers, our most recent wealth level study of Millionaire investors with a net worth up to $5 million (not including primary residence) finds that nearly 40 percent of their retirement accounts is comprised of equities, while 19 percent is comprised of fixed income investments.

When we look at the breakdown of retirement accounts by occupation, we find that senior corporate executives have the highest percentage invested in fixed income investments (25 percent) and equities (46 percent).

Interestingly, investment in equities declines with advisor-dependency, our report finds. Roughly 60 percent of the retirement accounts of self-directed investors (who make all of their investment decisions without consulting a professional) are represented by equities, compared with 49 percent of those who consult with an advisor for a specific person and 42 percent of those who