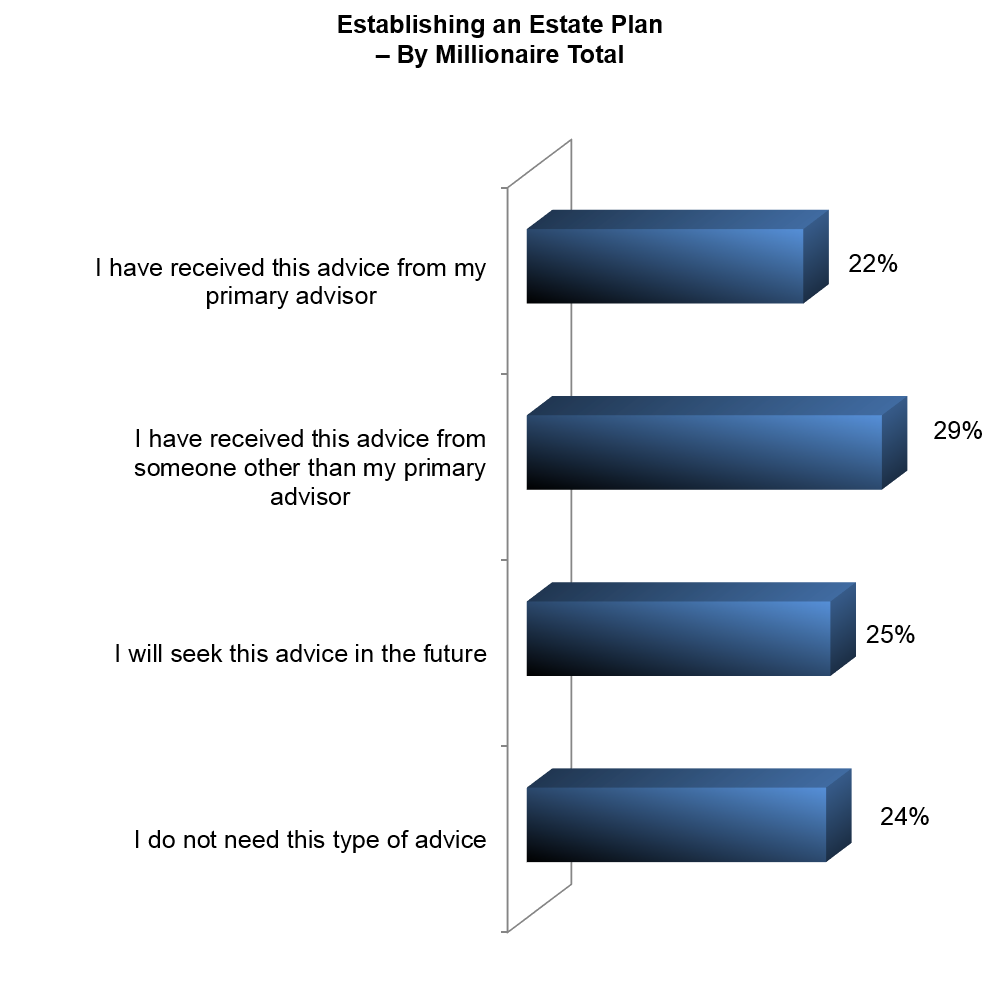 A majority of Affluent households consult a financial advisor in some capacity, whether it is for specific advice regarding asset allocation or a life event such as saving for retirement, or to make all of the financial and investment decisions.

The latest in Spectrem Group’s quarterly Wealth Market Reports examines Advisor Relationships and Changing Advice Requirements, the expectations investors have of their advisory relationship, the new types of information and planning they are seeking, and how to most effectively deliver this advice.

What is the most urgent on these Affluent households’ future to-do list when it comes to seeking financial advice? The highest percentage of Mass Affluent investors (at least three-in-ten) plan on consulting an advisor about establishing an estate plan and long-term care planning. Almost one-fourth (22 percent) indicate they plan to seek advice from their advisor about implementing tax-advantaged financial strategies. Seventeen percent plans to seek advice about creating a written financial plan.

Roughly one-fourth of surveyed Millionaire households indicate they are most likely to seek advice about establishing an estate plan, long-term care planning and establishing retirement income streams. They are more likely than their less wealthy counterparts to have already received this advice.

UHNW investors pretty much have these and other issues covered. They too, though, are most likely to indicate they will seek advice about long-term care planning (14 percent), establishing an estate plan (11 percent) and implementing tax-advantaged financial strategies (10 percent).

Almost two-thirds of Millionaires (64 percent) are most likely to have received advice from an advisor—whether primary or not—about diversifying assets away from a concentrated position. Just over six-in-ten have received advice about selecting individual stocks and bonds.

For Mass Affluent and Millionaire investors, the third type of financial advice they are most likely to have received is about implemented tax-advantaged financial strategies. For UHNW households, it is about establishing an estate plan.