What Affluent Investors Plan to Do with Their Tax Refund 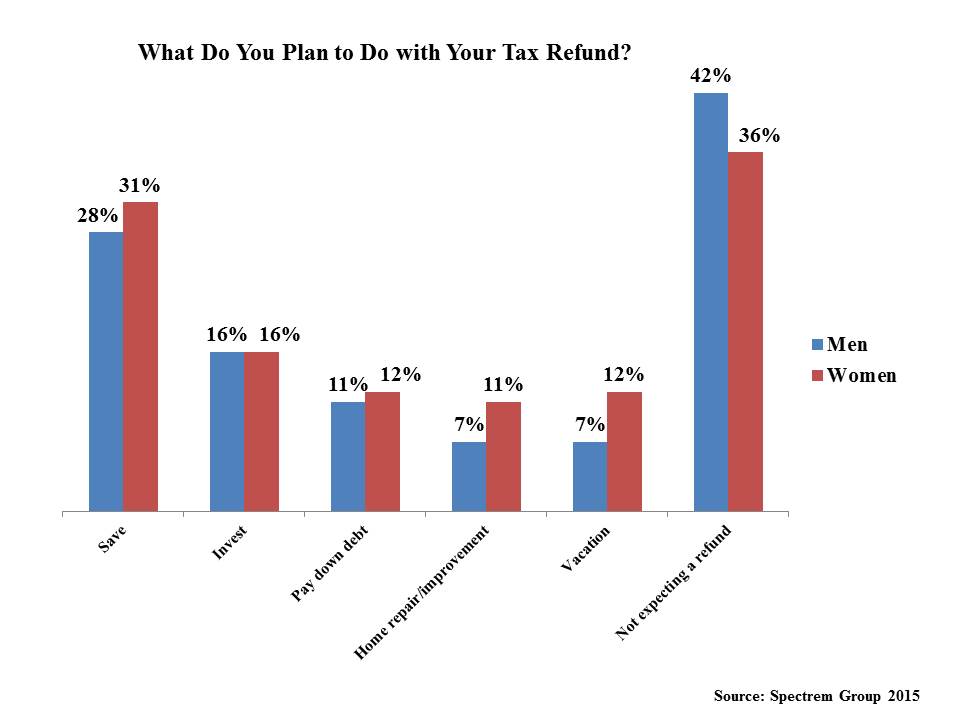 Who doesn’t want an income tax refund? The prospect inspires myriad scenarios of what to do with the financial windfall. Remember, though, an income tax refund is not found money or a gift. It means that you paid more money than you owed in taxes and now the government is returning the money. Financial planners have a term for this: an interest-free loan.

But still, better to receive than to pay out come tax time. We asked Affluent investors what they intend to do with their tax refund this year. The responses were consistent with households who credit their hard work, smart investing and frugality for their wealth creation.

The highest percentage (29 percent) said they intend to save their tax refund, while 15 percent indicate they plan to invest theirs. Thirteen percent are going to put their ta refund toward paying down their debt. Less than 10 percent said they would take a vacation (9 percent) or put the money toward home repair or improvement (8 percent).

Roughly 40 percent reported they were not receiving a refund this year.

Affluent men and women are mostly on the same page on what to do with their tax refunds with 16 percent of both groups planning to invest and roughly 12 percent planning to pay down debt. Slightly more Affluent women than men (31 percent vs. 28 percent) reported they are going to save their refund. But almost twice as many women than men (12 percent vs. 7 percent) indicated they plan to take a vacation

Conversely, intention to invest their tax refund tends to decrease with wealth level, with a higher percentage of the wealthiest households planning to invest their refund compared with less-wealthy investors.

Tellingly, Affluent investors with the least confidence in their financial knowledge are the most likely to report they will use their tax refund to pay down debt.

Married couples and single households feel generally the same about how to use their tax refund, except when it comes to investing. Married people were more than twice as likely as their single counterparts to indicate they would invest their refund (26 percent vs. 10 percent).

Analyzed by age, we find that households ages 41-50 are more likely than older investors to earmark their tax refund for paying down debt and investing (not to mention taking a vacation). But they are near-equally committed to saving their tax refund (almost 30 percent).