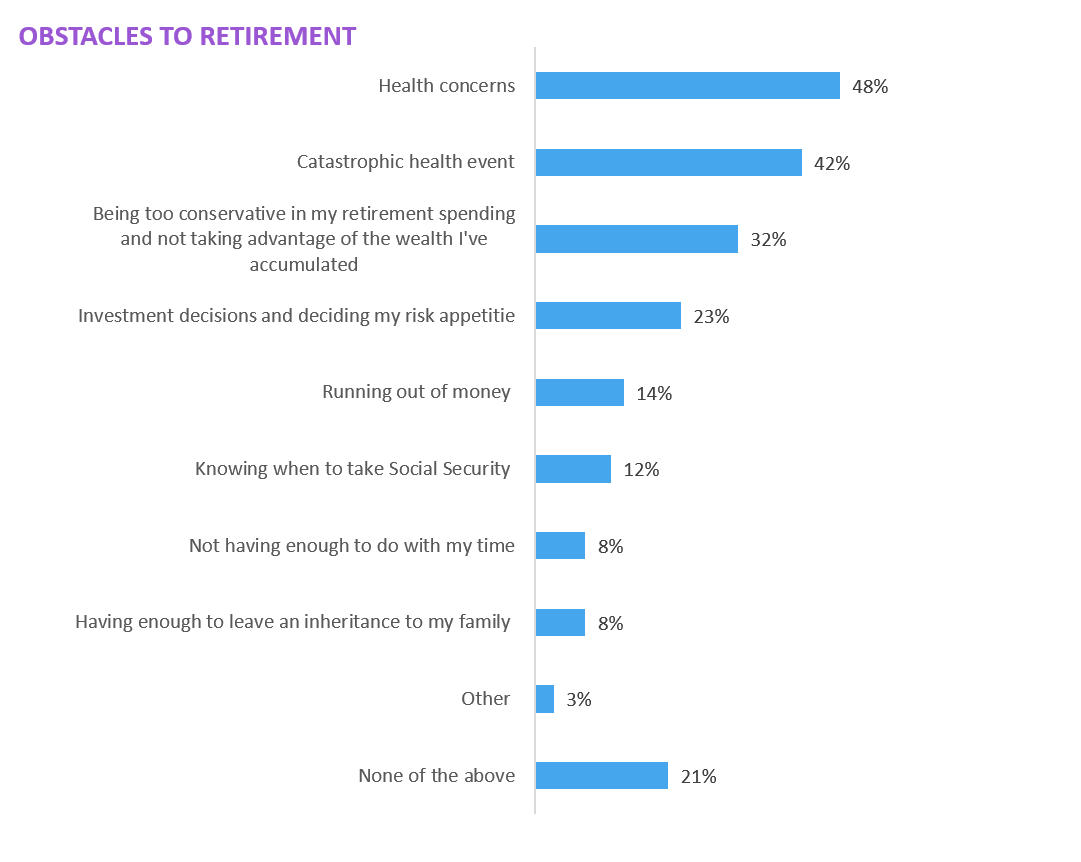 Retirement is the end game for most Americans. It is a time when people end their pursuits related to their career and move on to a part of life that usually includes more time for relaxation than they had during their working life.

For affluent women, retirement may have a different meaning, because many of them worked at two jobs during their time employed, the job in a career pursuit and the job of raising a family. While it is true more men are taking an active role in the “family” business these days, it is still more of a requirement for women, including those who pursue a career as well.

Today, an entire generation of wealthy women are in retirement, while a new generation remains in the workforce, dealing with many of the same issues their predecessors dealt with. Spectrem’s new study, Successfully Growing Your Business with Wealthy Women, discerns some differences between women who have competed their time in the workforce and those who are still making money employed outside of the home.

The study provides information to advisors who work with wealthy retired women to assist them in understanding some of the decision they make toward investments.

Retired wealthy women are more likely to feel the need to protect their children financially, either by providing them with financial assistance after they finish their college education or by making sure to leave their children a portion of their accumulated wealth in an estate plan. Advisors working with retired wealthy women need to ask questions about every investment decision to determine how those decisions will affect the investor’s children. (According to the Spectrem study, this attitude may be changing; women currently in the workforce do not feel as strongly about caring for their children financially).

Finally, advisors must understand one other factor that affects retired wealthy women: two-thirds of them make decisions jointly with their husband. That is a much higher percentage than among wealthy women who are still working, and is a trend advisors must watch going forward.

Asked to name the obstacles they have faced in retirement, almost half of wealthy women cite health issues. Almost one-third said they were too conservative in their retirement spending, while 22 percent cited their investment decisions and their risk determinations in investments as a retirement concern.

Another statistic from the report shows that 30 percent of wealthy retired women do not have a financial advisor. That’s a high percentage, especially for an audience that is perhaps steeped in difficult financial decisions an advisor can assist with. Advisors with the proper pitch could possibly find clients by advertising in portals that attract the attention of retired women.