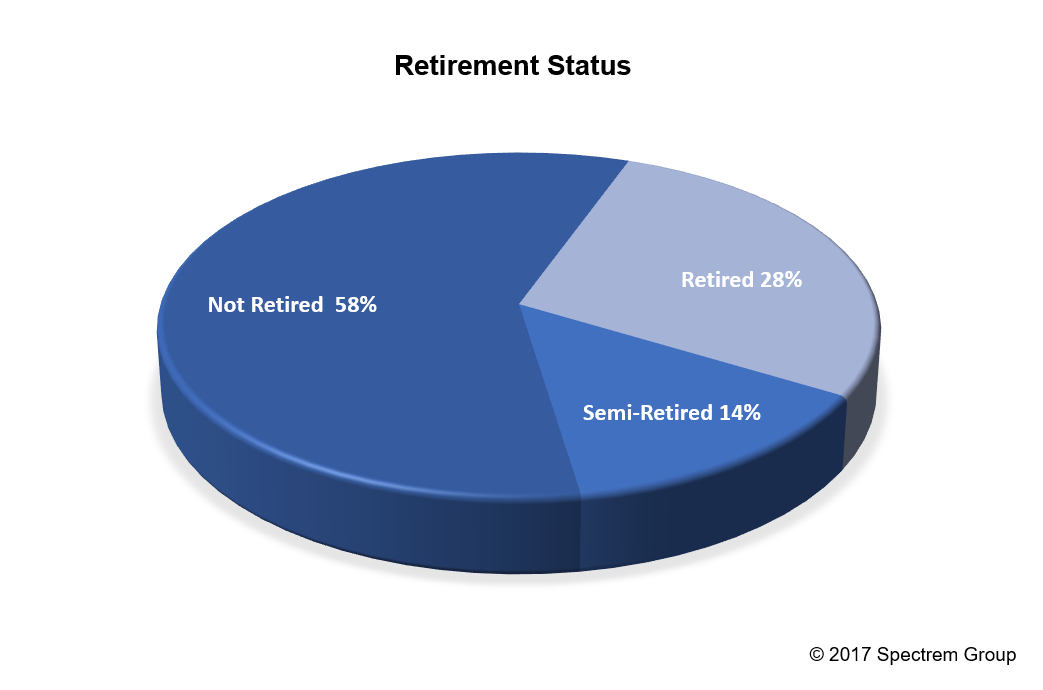 “When I am wealthy enough, I am going to retire.”

Perhaps. And perhaps, not.

Spectrem’s recent study of investors with a net worth over $25 million – The Wealthiest Americans – reveals that for some people, retirement is not the end-all of life.

And the wealthier the investor, the less likely they are to be considering retirement.

“It’s one of the most remarkable research insights we have gathered,’’ said Spectrem president George H. Walper Jr. “The research is dramatic in the story it tells. For those who can easily retire, retirement is not the final goal.”

Of those wealthiest investors who are still working, 20 percent say they never plan to retire. Almost half (46 percent) say they will retire more than 10 years from now.

Of course, the wealthiest Americans still working with a net worth over $25 million may not be working the same way less wealthy investors do. But retirement means not having a job to go to or deal with, and wealthy Americans don’t seem to mind being in that employment situation.

It is not as if these investors are not set for retirement. Seventy-nine percent of the wealthiest Americans have an employer sponsored defined contribution plan such as a 401(k), and the average value in those accounts is just under $7 million. Seventy-three percent have contributory IRAs with a mean value of $6.4 million, and 71 percent have rollover Ira’s worth just over $6 million.

When working with investors with a significant net worth who are still working, advisors must determine what that investor thinks in regard to retirement plans. For some investors, there must be a reason they don’t choose to take the path of retirement so many investors with lower net worth would take in a minute if they could. The reasoning for staying in the workforce can have a major influence on investment decisions, especially when looking at retirement income plans.