Uncertainty Registers In The Spectrem Outlook 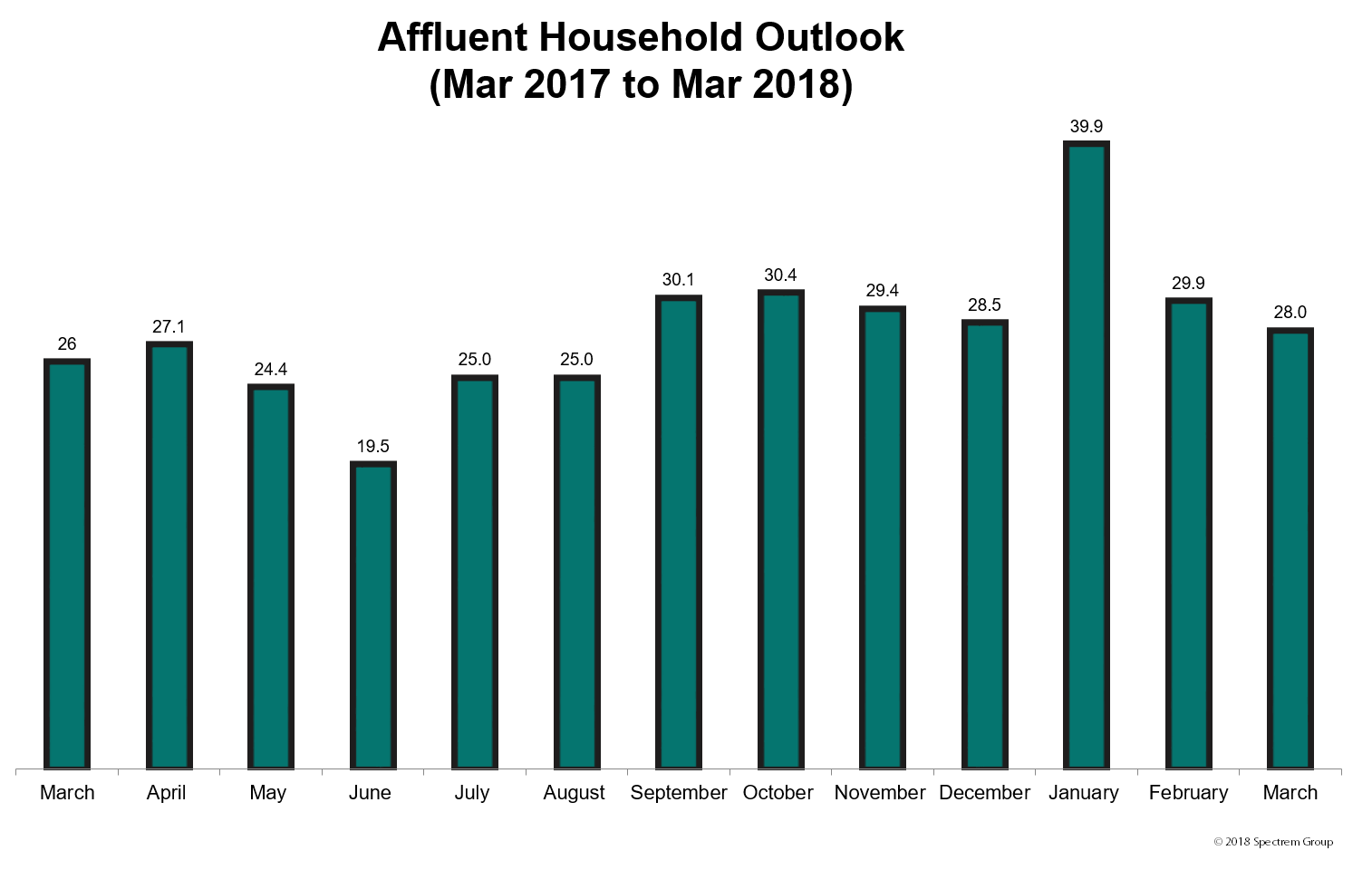 We live in confusing times, when there is little agreement over the effects of any government decision, especially in terms of how those decisions will affect the American economy.

Will President Trump’s call for new tariffs on China have a positive impact on American business, or a negative one? Are the new tax laws beneficial to all Americans or just those in corporate offices? How will the new budget affect the daily financial lives of the citizens of the country?

This confusion appears to show itself in the March Spectrem Household Outlook, a monthly study of investor opinions regarding the state of the American economy.

After the Outlook reached a 13-year high in January, it fell (as expected) in February to a more normal level. But it fell again in March to where it was in August of 2017.

The Spectrem Household Outlook asks investors to rank four financial components in their lives in terms of how they perceive them to be progressing. In February, the overall Outlook among all investors dropped to 29.90 after streaking to 39.90 in January, which was the highest rating since February of 2005.

In March, the Outlook dropped again to 28.00, all due to the Outlook of non-Millionaire investors, who dropped their overall rating to 21.75, a decrease of more than 7 points. Millionaires, on the other hand, raised their Outlook slightly to 32.18.