Who are the UHNW's Primary Advisor? 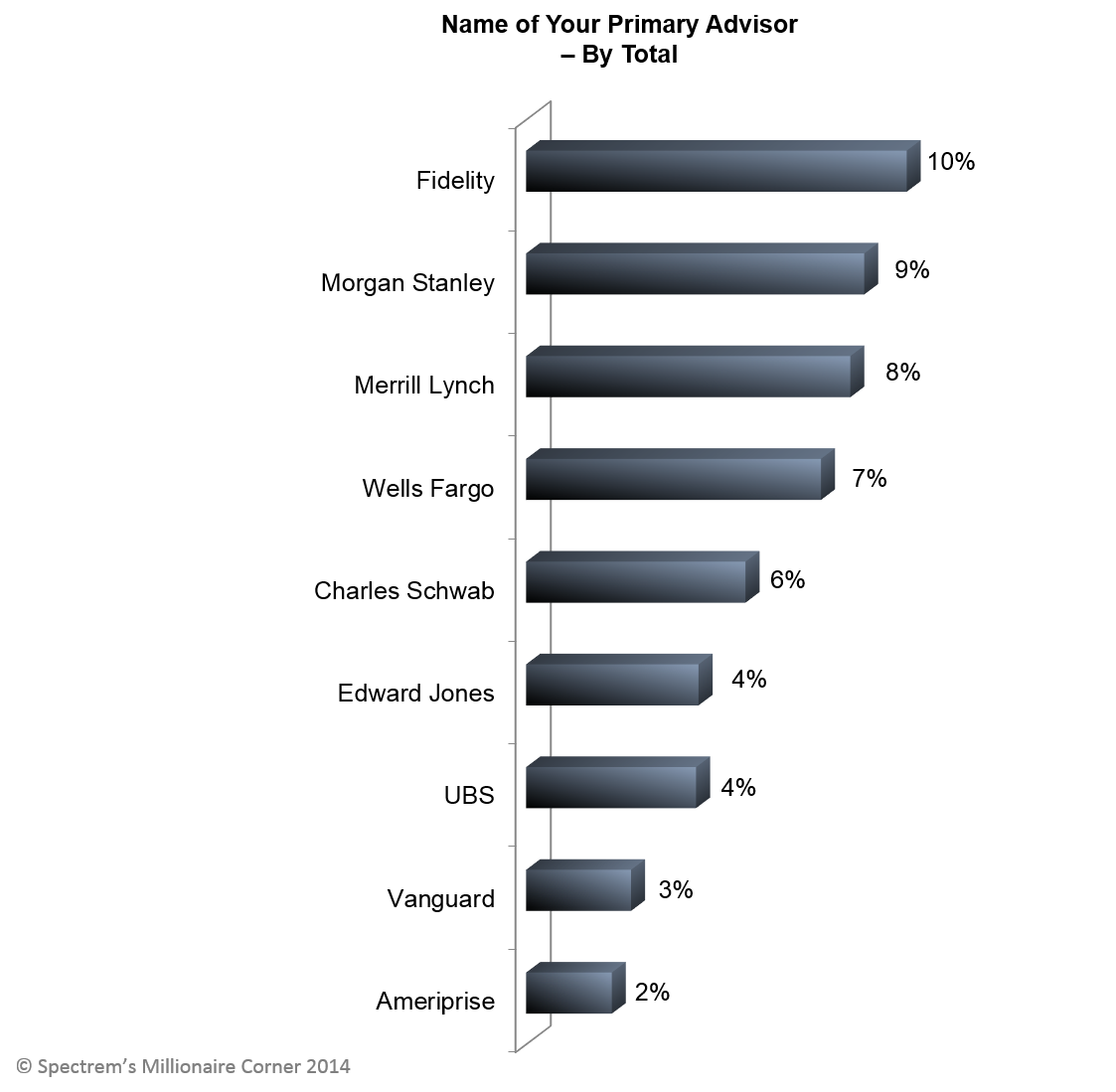 Spectrem’s Wealth Segmentation Series examines the relationship between an investor and an advisor in Advisor Relationships and Changing Advice Requirements, an extensive look at investors of different wealth segments, ages, genders, occupations and advisor dependency.

Among the wealthiest investors - those with a net worth between $15 million and $25 million - 12 percent use Fidelity as their primary advisor. Ten percent use Morgan Stanley, while 8 percent use Wells Fargo and 6 percent use Edward Jones.

Fifteen percent of Business Owners use Morgan Stanley and another 15 percent use Merrill Lynch. Another 11 percent use Wells Fargo. Twelve percent of Managers use Charles Schwab.

Sixty-two percent of UHNW investors said they are likely to recommend their advisor to someone they know.

For more information on the UHNW investor, click here