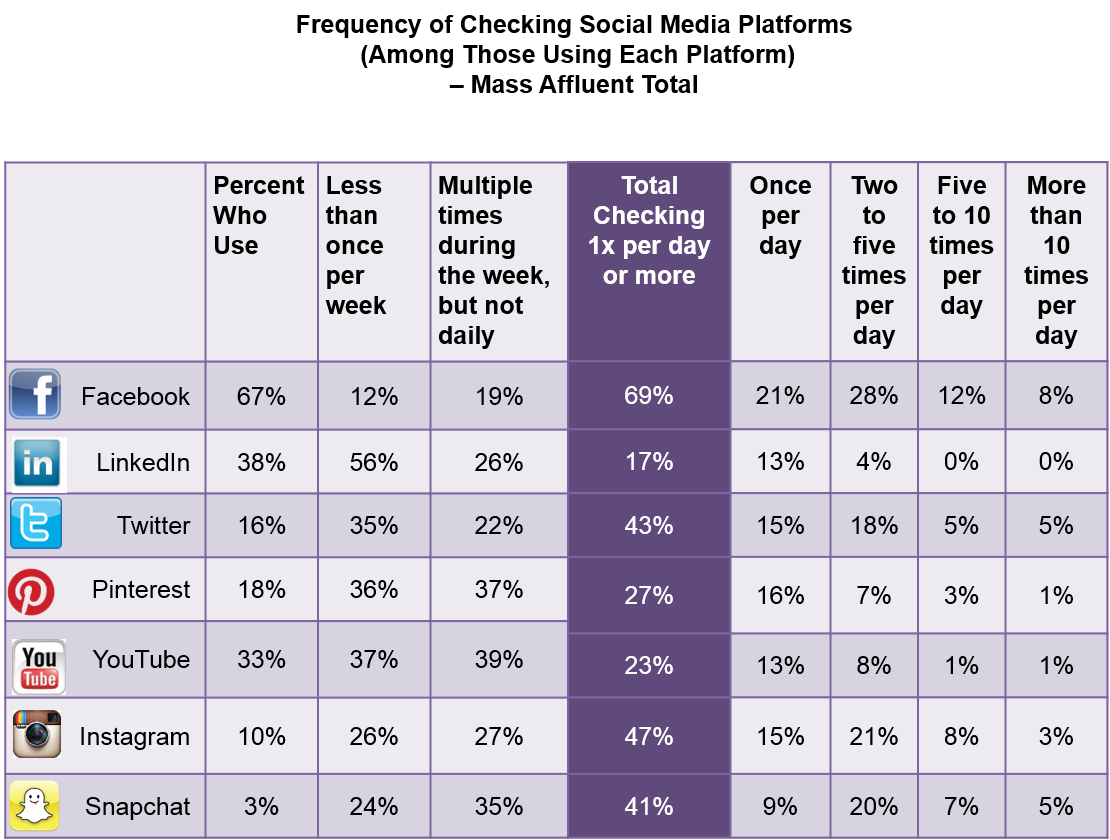 It makes sense for financial providers and advisors to have a presence on LinkedIn, the most business-oriented social media website. But do advisors need to be available to clients on Twitter?

Obviously, as with all social media, usage among younger investors is higher, and for investors under the age of 36, 33 percent of investors have Twitter accounts.

But of those investors who are on Twitter, 43 percent utilize it on a daily basis, much more frequently than LinkedIn users. The frequency on Twitter is higher among investors between the ages of 36 and 44, and again for those over the age of 65. Simply put, Twitter users are more engaged and committed to the platform than users of most other social media sites.

Another segment of investors most often found on Twitter are Business Owners, with almost one quarter having Twitter accounts.

With its 140-character limit on tweets, Twitter was designed for quick thoughts or messages. Advisors can certainly use that to provide market observations, and update followers on upcoming or current events.

And Twitter is an easy way for investors to engage their financial provider. More than 10 percent of investors who have Twitter accounts use it for conversational purposes rather than just to observe comments from those that they follow.