Tumult Too Much For Investors 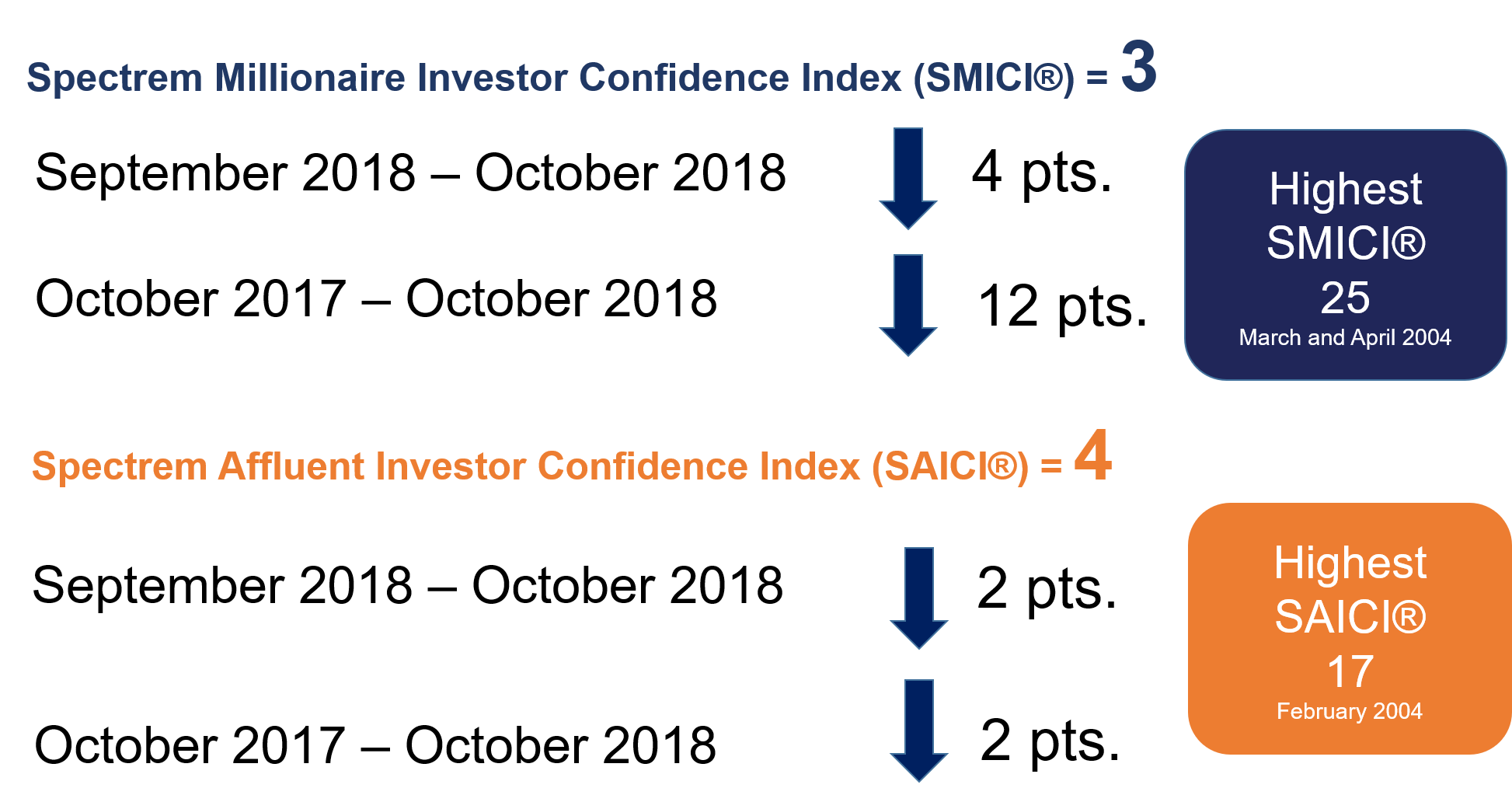 There was a lot going on with the stock market, the American economy and global negotiations in October, and the Spectrem Confidence Indices reflected the sentiment of investors who may be waiting for some matters to settle down.

The SMICI dropped 13 points in September and another 4 points in October, falling to 3, matching the low mark set in May of 2017. The SMICI has been in single digits for six of the last seven months, and prior to that it was in double digits for nine consecutive months. 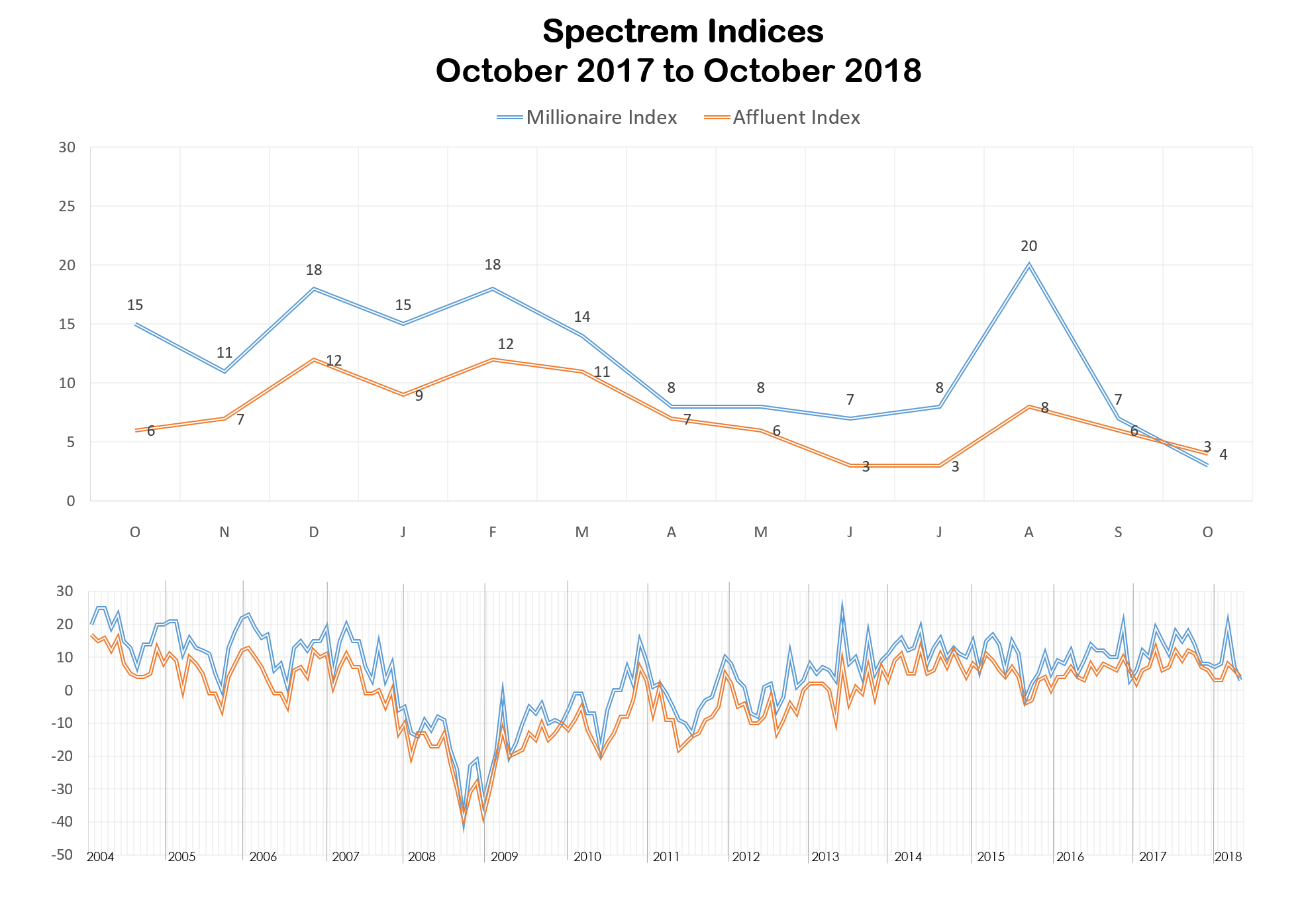 Not Investing indicates those investors who are not going to extend their investments beyond its current level in the coming month. Among Millionaires, those Not Investing dropped to 26.6 percent while among non-Millionaires it rose to 45.1 percent.

The Spectrem Household Outlook, a measure of the long-term confidence among investors in four financial factors which impact a household’s daily life, fell to 28.00 among all investors, but it dropped almost 20 points among Millionaires, from 33.02 to 13.67. That is the lowest Outlook among Millionaires since October of 2016, prior to the most recent Presidential election.