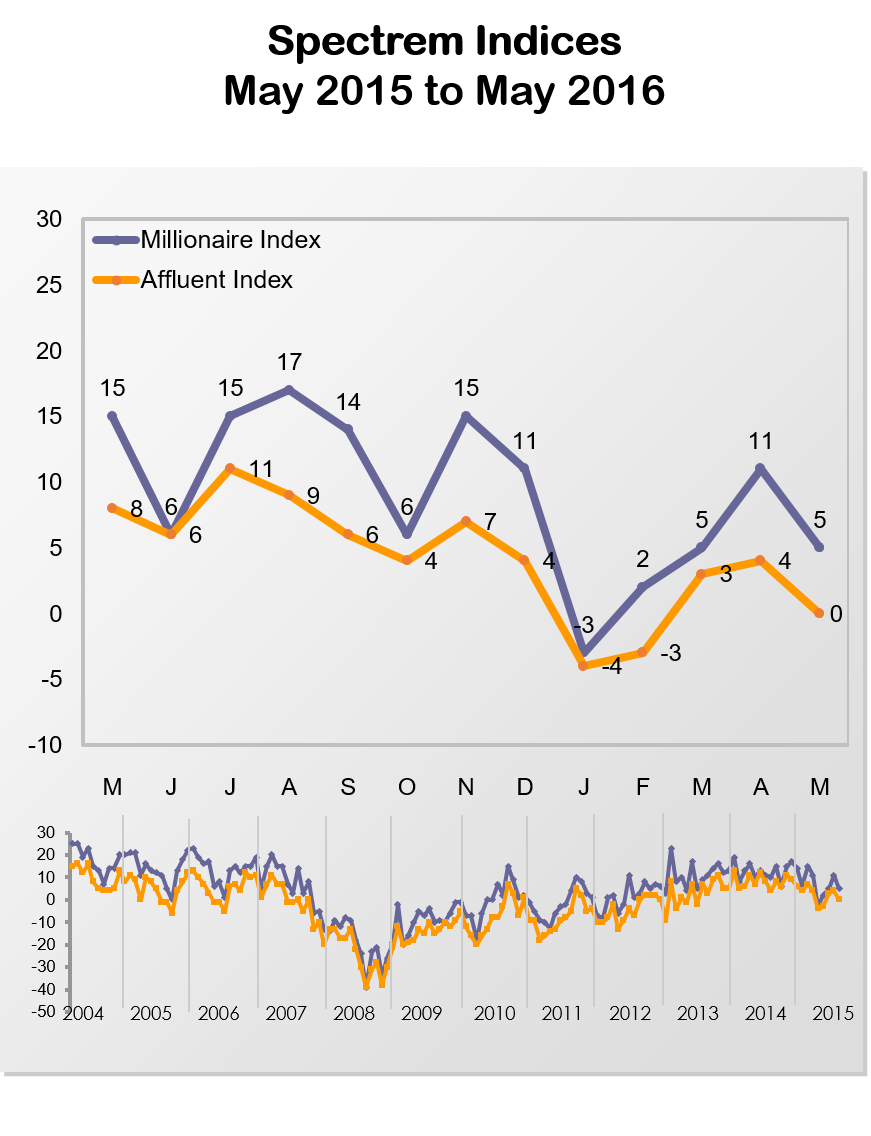 Another factor that impacts our indices is the Spectrem Affluent Household Outlook, a monthly measure of long-term (12 months) confidence in four financial factors that impact their daily lives. While the Outlook rose slightly in May, there was a marked decline from April in confidence in the Economy. This was perhaps fueled in part by the April jobs report that was released in the beginning of May. This closely-watched report found that the economy added only 160,000 jobs that month.

“A drop in confidence in the outlook for the Economy and increased concern about the upcoming Presidential election were factors in the decline of our May indices,” Spectrem President George H. Walper, Jr. said. “A more cautious investment mindset last month coupled with a slight rise in the Spectrem Affluent Household Outlook indicates that Affluent investors are more pessimistic about the next month than they are about the next 12 months.

Since 2004, the monthly Spectrem Affluent Investor Confidence indices have tracked changes in investing sentiment among the 16.3MM households in America with more than $500,000 of investable assets (SAICI), and those with $1MM or more (SMICI).  Spectrem Group is a market research and consulting firm whose ongoing research focuses on the affluent and retirement markets. This month’s survey was fielded between May 19-25.

Financial advisors can use the findings of the Spectrem Affluent Investor Confidence indices to gauge their clients’ investment mindset and risk tolerance. It is another opportunity to foster a dialogue with clients about what is currently concerning them; a discussion which can be a guide toward investment selection and asset allocation.