The Motley Fool, 5 Signs You Have What It Takes to Become a Millionaire, May 25, 2017 - Katie Brockman

If you ever wanted to become a millionaire (who doesn't?), now's the right time. According to a survey by Spectrem Group, there are more millionaires than ever in the United States.

As of the end of 2016, there were a record-breaking 10.8 million millionaires in the U.S., which is an increase of about 400,000 from the year prior. The study points to the bounce-back of the economy since the 2008 Great Recession as well as the stock market surge after the 2016 presidential election as the major reasons behind the increase in millionaires.

While everyone thinks they deserve to be a millionaire, few people actually have what it takes to become one. There are certain characteristics, however, that many of the world's most affluent people have in common. If you recognize any of these traits in yourself, you may be one of the few who is destined to become a millionaire. 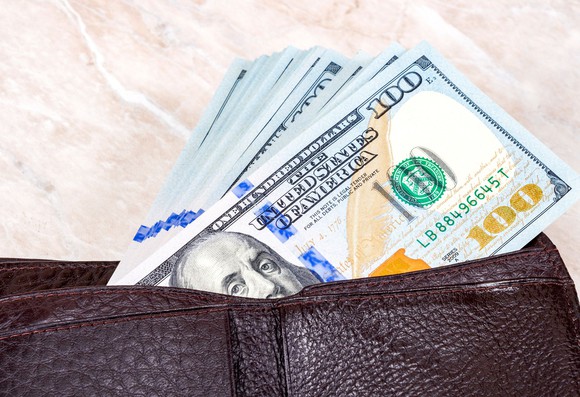 1. You've always had an entrepreneurial spirit

According to the Economist, about half of the world's millionaires made their money by starting their own businesses. And many of the richest of the rich got their start early on in life.

Mark Cuban starting selling garbage bags to his neighbors at 12 years old because he couldn't get a job. Warren Buffett had a similar idea, selling packs of gum to his friends at age 6. And Richard Branson, at 11 years old, was already breeding and selling pet parakeets.

It's that entrepreneurial spirit and work ethic that drives many kids and teenagers to grow into adults who launch billion-dollar companies.

2. You have several income streams

While it's everyone's dream to start the next billion-dollar company, that's not a possibility for every aspiring millionaire. It's far more achievable to create several smaller income streams that amount to a million dollars.

In one five-year study of self-made millionaires, Thomas C. Corley discovered that most of them had multiple streams of income. About 65% had three streams, 45% had four streams, and 29% had five or more streams.

"Three streams of income seems to be the magic number for the self-made millionaires in my Rich Habits study," Corley explained, "but the more income streams you can create in life, the more secure will your financial house be."

Author and self-made millionaire Steve Siebold spent over 30 years interviewing some of the most affluent people in the world, and he found that many of them share a common trait: reading.

"The middle class reads novels, tabloids, and entertainment magazines," he writes in his book. "Walk into a wealthy person's home and one of the first things you'll see is an extensive library of books they've used to educate themselves on how to become more successful."

Many of the most well-known billionaires appear to prove his point, too. Bill Gates, for instance, reads about 50 books a year, Warren Buffett is said to spend about 80 percent of his workday reading, and when Elon Musk was asked how he learned to build rockets, he responded, "I read books."

4. You pay yourself first

It's easy to get into a habit of putting saving for your financial goals off until later -- until you discover that "later" never arrives. That's why many millionaires think of saving and investing like it's just another bill you have to pay.

"Most people spend some money, pay their bills and save what's left," Nancy Butler, a Certified Financial Planner, says. "And that's backwards: You should be saving for your financial goals first, paying your bills and then consider spending the money you have left over."

Many financial experts recommend the 50/30/20 rule, which is that 50% of your income should go toward necessities (your mortgage, bills, food, etc.), 30% should go toward things you want (new clothes, dining out), and you should save the remaining 20%.

5. You can live below your means

Warren Buffett has famously lived in the same house in Omaha, Nebraska, since 1958, and Mark Zuckerberg -- who is worth roughly $56 billion-- drives a Volkswagen.

Mastering the art of delayed gratification is a key characteristic many millionaires share, because they can control their urges to spend money as soon as they make it. Most people struggle with this urge (and the fact that the average U.S. household carries over $7,000 in credit card debt proves it), but the good news is that you can train your brain to get better at avoiding impulse purchases.

According to personal finance blogger Lance Cothern, there are a few strategies you can use to improve your impulse control, including writing down your financial goals, waiting 24 hours when you feel the urge to make impulse purchases, and asking someone older than you about their biggest financial regrets so that you can avoid making the same mistakes.

While becoming a millionaire seems like an impossible feat to many people, it's an attainable goal -- if you have the right mindset. And if you already share the financial traits of some of the richest people in the world, you may be well on your way to riches.

Mark Cuban predicts this will make someone a trillion dollars
Shark Tank's Mark Cuban recently predicted that an emerging tech trend would make someone $1 trillion. That lucky future trillionaire is just the beginning -- and the trend itself could be worth as much as $19.9 trillion.

Fortunately, this hasn’t yet gone mainstream -- most people haven’t recognized the scale of opportunity here.

We believe that one market expert has the right answer for investors looking to get in early -- and potentially win big.