The Advisor Characteristics That Build Loyalty 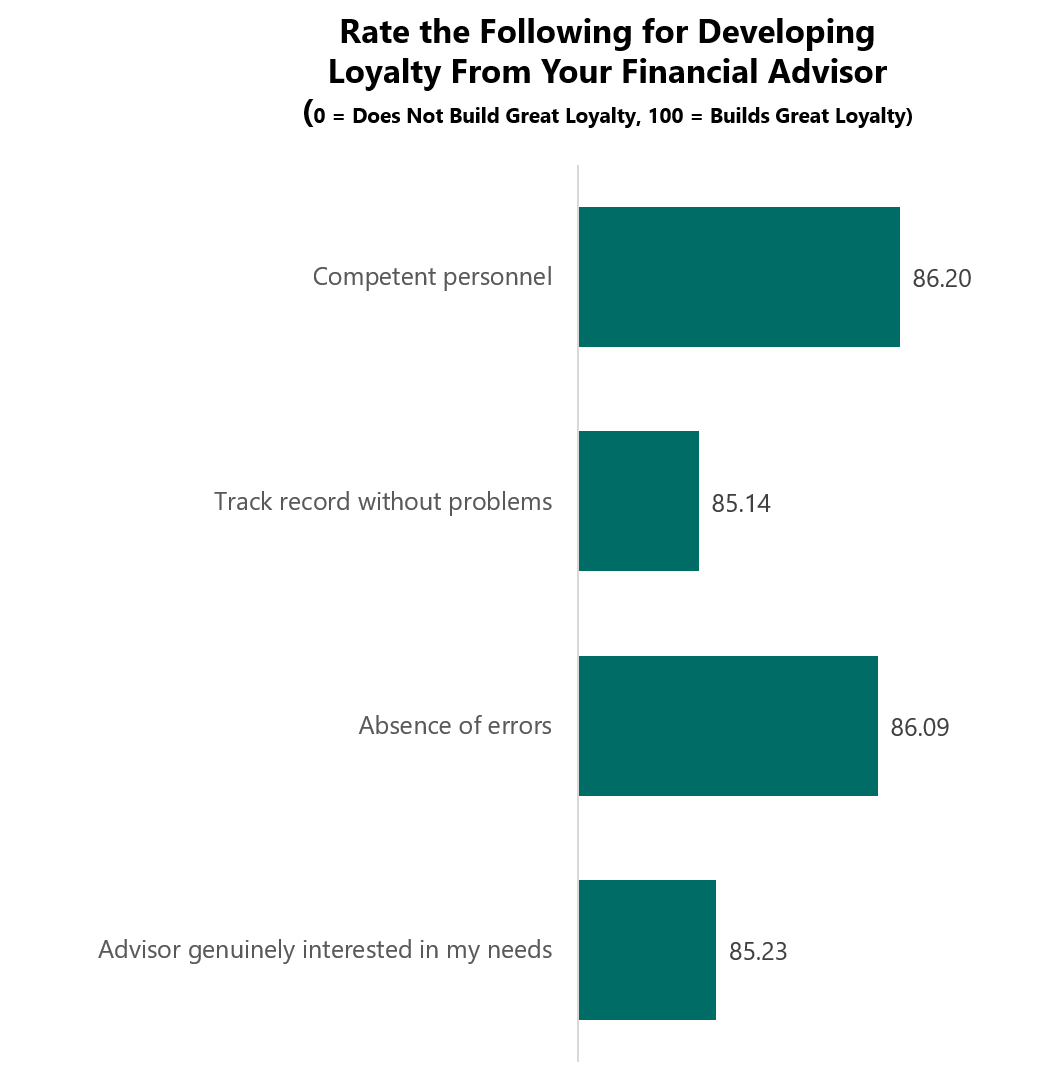 Loyalty is a characteristic that can be found in almost any living creature. While it is not universal in living creatures, it is an emotional response to being cared for or considered.

Is there a presumption of loyalty from clients among financial advisors? Is it assumed that the relationship naturally requires a degree of loyalty? Or is it presumed that loyalty must be earned rather than just assumed?

Loyalty is not automatically given, nor is it necessarily expected, by either investor or advisor. With the exception of dogs, perhaps, loyalty is a response to behavior that is designed to create, build and cultivate such loyalty.

Spectrem’s new study, Advisor Relationships: How to Develop Loyalty*, considers an investor’s natural tendency toward loyalty, the extent to which loyalty currently exists with their financial advisor, and the manner in which their advisor could build upon the loyalty that currently exists to create a tighter bond between client and advisor.

The question of natural loyalty might seem to be one for a sociologist. But investors were asked to define their own level of natural loyalty on a 100-point scale, and the average response was 83.35, a very high level of perceived personal loyalty. Keep that number in mind when considering more specific questions about loyalty to advisors.

Those investors were asked to rate their sense of loyalty to numerous consumer companies or services, such as their preferred grocery store or credit card, and none of their responses reached the level of their overall loyalty. The highest mark was received for a personal physician or dentist, with a loyalty level of 79.26, still below the overall level of personal perceived loyalty.

However, when it comes to specific types of financial advisors, the loyalty level was well above 70.00 and many, such as an independent investment advisor (RIA), received loyalty marks above 80.00. following the RIA loyalty rating of 82.95, others receiving loyalty grades above 80 were an independent financial planner (81.33) and a full-service broker (81.12).

A good example of the value of the research is that loyalty to a robo-advisor, a mostly non-human service, was rated at 62.63, a very low score for a type of advisor which is providing valued services.

Although individual types of advisors received loyalty ratings in the 70s and low 80s, the services that could build loyalty received higher grades. On the 100-point scale of services or characteristics that could build loyalty, competent personnel (86.20), absence of errors (86.09) and a track record with no problems (85.14) got the highest marks.

Those are all service-related characteristics that are easy to define. However, as stated before, loyalty is often created and manifested in less concrete manners.

One response offered as a trait that could build loyalty was “advisor genuinely interested in my needs”, and that choice received an average response of 85.23, one of the highest marks in the study.

The truth is that many clients want everything from their advisor – good investment performance, good communication habits and perceivable personal attention. But when it comes to those characteristics that create a greater sense of loyalty, some traits produce better results.