Thanks to International Turmoil, Investors Have New Concerns 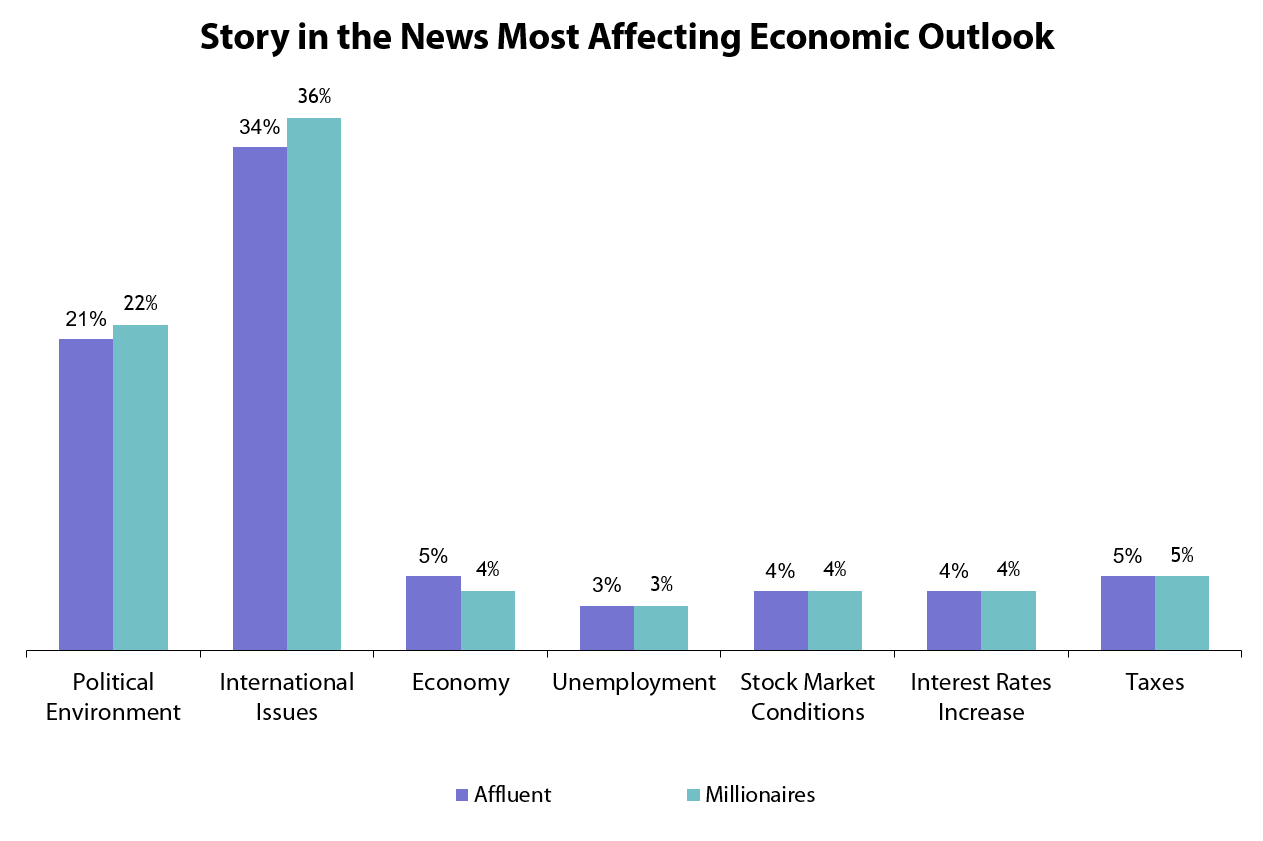 The global economic atmosphere has changed. Trade deals have been torn apart. International relations are fraught with uncertainty. There are new tariffs announced on a weekly basis, and then they are reduced or removed. There are new talks about new wars.

It’s enough to impact the stock market of America, and it is enough to rattle all sorts of investors – the knowledgeable, the conservative, the active and the passive.

Each month as part of its Confidence Index and Household Outlook surveys, Spectrem asks one specific question of investors to determine how they react to a notable current event. For May, the question was “which story in the news is most affecting your economic outlook? And for the first time, International Issues tops the list.