The Test Scores Are In! 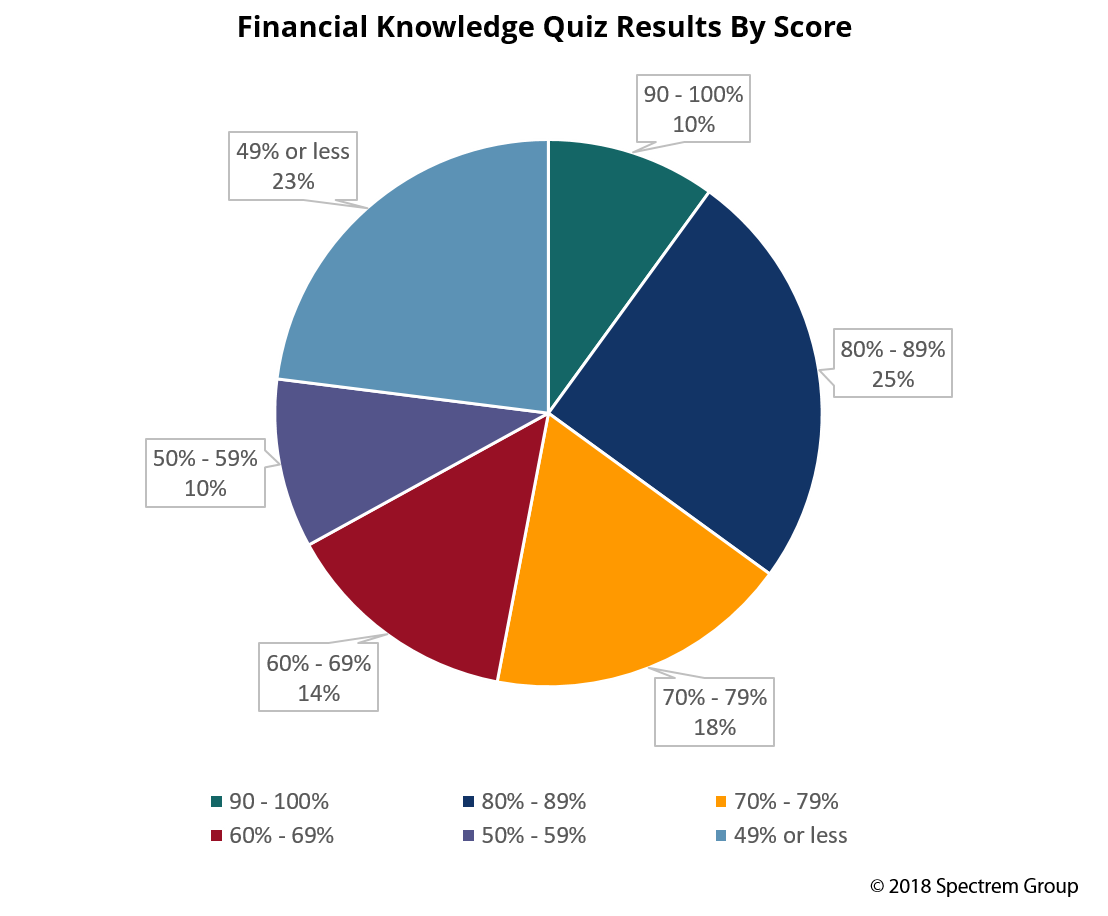 It is not necessary to be intelligent to be wealthy. There are many Millionaires in America who let financial advisors handle their investment strategies and other financial decisions because the Millionaires do not know enough to make the proper decisions themselves.

But how pervasive is that characterization? How many Millionaires are uneducated in the ways of high finance and investment terminology?

Spectrem decided to find out. In its new study The Financial Literacy Gap Among Millionaires, Spectrem asked investors 23 questions about financial terminology and definitions to determine just how much educating financial advisors need to do to get their client investors up to speed on the details of the decisions the investor and advisor make in tandem.

“The study is about how much Millionaires want to be educated, how much they feel the need to be educated, and how they want to receive educational materials,’’ said Spectrem president George H. Walper Jr. “But we thought it would be revealing to test the Millionaires taking the study to see just what they know and what they don’t know about some of the terminology often used among investment managers and advisors.”

On most questions, Millionaires were given a choice of definitions to choose from, but were also given the chance to answer “I don’t know.” For example, when asked what the acronym ETF stands for, 81 percent of Millionaires knew it stands for Exchange Traded Fund, while 16 percent could not make a selection from the three choices offered.

Ninety percent of Millionaires knew the correct definition of a mutual fund, and 91 percent knew Certificates of Deposit are one of the investments with the lowest risk compared to several other choices given.

What is most revealing for advisors is the percentage of investors who simply stated “I don’t know’’ to answer some of the questions, such as the 14 percent who could not identify annuities when given the definition of the term, or the     36 percent who could not pick out an incorrect statement about robo-advisor services from a list of three.

The study also shows how investors performed on the test based on their financial educational background, matching results to those investors who took a financial literacy course in their high school or college days versus those who did not.