Stock Market Back In Vogue for Investors 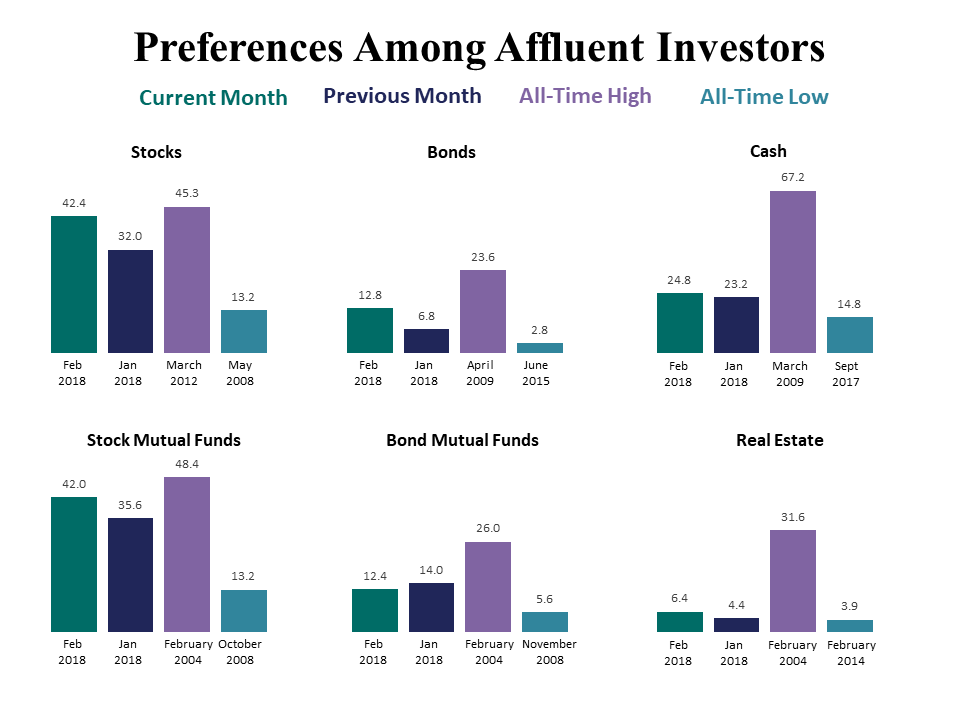 After taking a month off to consider the effects of the new tax laws, American investors reported an intention to dive back into the stock market to take advantage of the robust climate for investing.

According to both the February Spectrem Millionaire Confidence Index (SMICI®) and the Spectrem Affluent Investors Confidence Index (SAICI®), a higher percentage of investors expressed their intentions to increase their investment outlay in both the stock market and in Stock Mutual Funds in the coming month.

At the same time, investors who said they were “not investing’’ further in the coming month dropped among both Millionaires and non-Millionaires to levels not seen in more than four years.