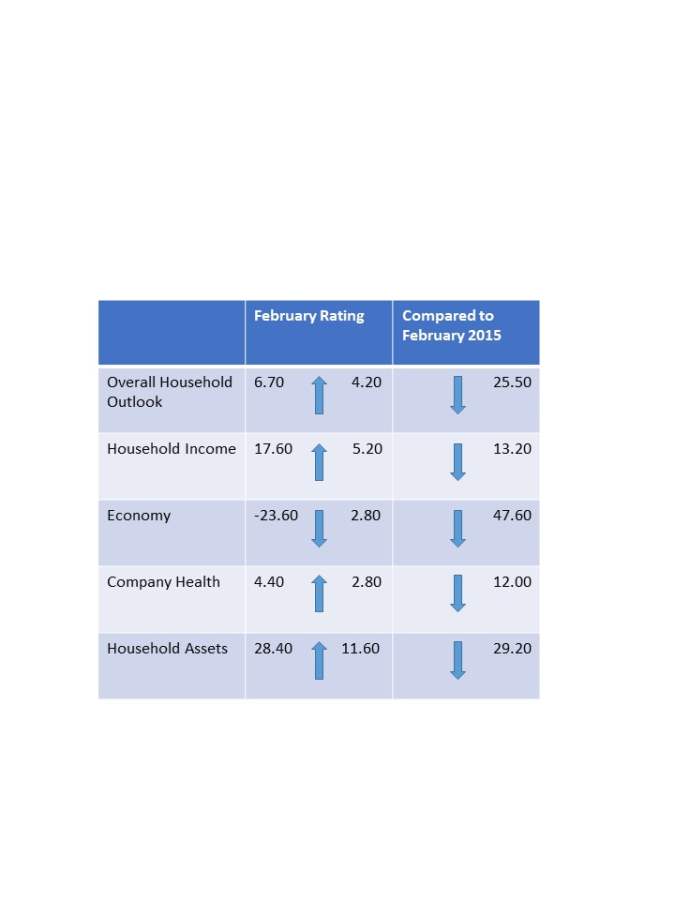 Instituted in February 2004, the indices measure the investment confidence and outlook of the 16MM households in America with more than $500,000 of investable assets (SAICI), and those with $1MM or more (SMICI).  This month’s survey was fielded between Feb. 16-17. Market volatility had calmed after the S&P 500 and Nasdaq dropped to multi-year lows earlier in the month.

Both indices are down dramatically from the same period last year. The SMICI is down 11 points from February 2015, while the SAICI is down 15 points.

One of the positive drivers of the February indices were the findings of our monthly survey we conduct with Affluent investors about how they would invest in the coming month if $100,000 was made available to them. In February, “Not invest” was at 34.40 pts., down from 36.80 in January and a six-month low. Analyzed by wealth segments, our survey found that “Not invest” among non-Millionaires was at an 11-month low and a five-month low for Millionaire investors.

Another positive driver for the indices was a gain in the Spectrem Affluent Household Outlook, a monthly measure of confidence in four financial factors that impact Affluent households’ daily lives. In February, the Outlook gained from the previous month in the areas of Household Assets, Household Income and Company Health. One drag on the overall Household Outlook was a decline in confidence in the Economy. For non-Millionaires, for example, their outlook on the Economy dropped in February to its lowest reading since November 2012.

Once again, we find a marked Household Outlook confidence gap between men and women. The Outlook for Affluent women was at 2.08 in February compared with 9.04 for men.

Unlike the indices, it was investors who identify as Democrats who indicated a higher degree of confidence in their Household Outlook than their Republican and Independent counterparts (10.48 vs. 3.69 and 9.14, respectively.

To see more information on high net worth individuals and the index, click here