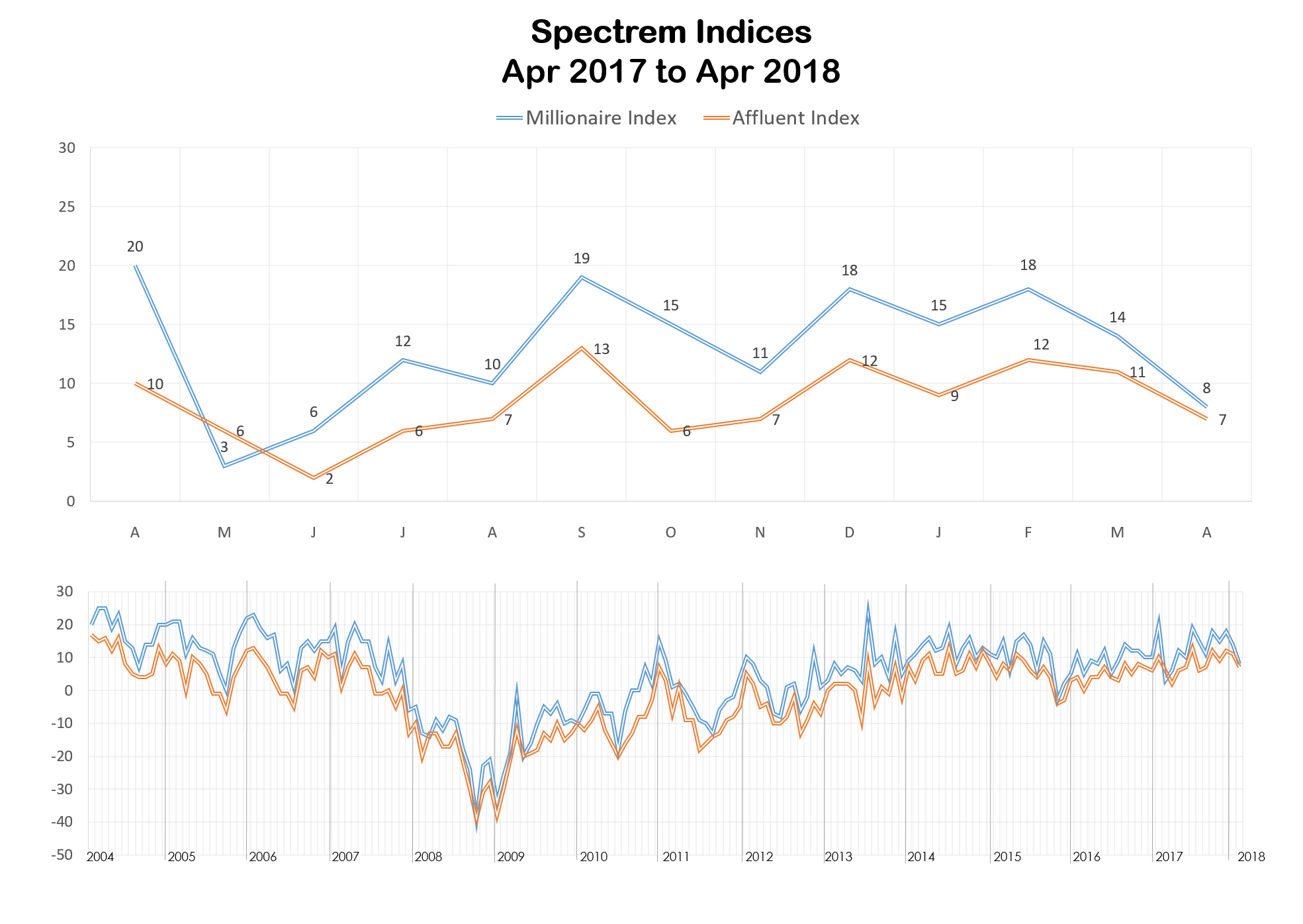 The stock market’s steady climb from June 2017 to February 2018 has ended, and now the Dow Jones Industrial Average for the past two months looks as if it is being recorded during an earthquake.

The drop in both indices was driven by a decreased interest in investing among Millionaires, who recorded an approximate 6 percent drop in Stock and Stock Mutual Fund investing. Both percentages reached levels not seen since May of 2017, when political upheaval caused a record-breaking drop of 17 points in the SMICI.

Among Millionaires, investing interest in the safety pockets of Cash and Bond Mutual Fund increased, and those Not Investing, being those investors who are not increasing their investment levels, rose to 31 percent.

The Spectrem Household Outlook, a measure of the long-term confidence among investors in four financial factors which impact a household’s’ daily life, fell overall to 23.50, its lowest mark since June of 2017. However, that was driven by the Millionaire Outlook, which fell 10 points to 22.48, a 10-month low. Non-Millionaire Outlook actually rose almost 3 points to 24.59.