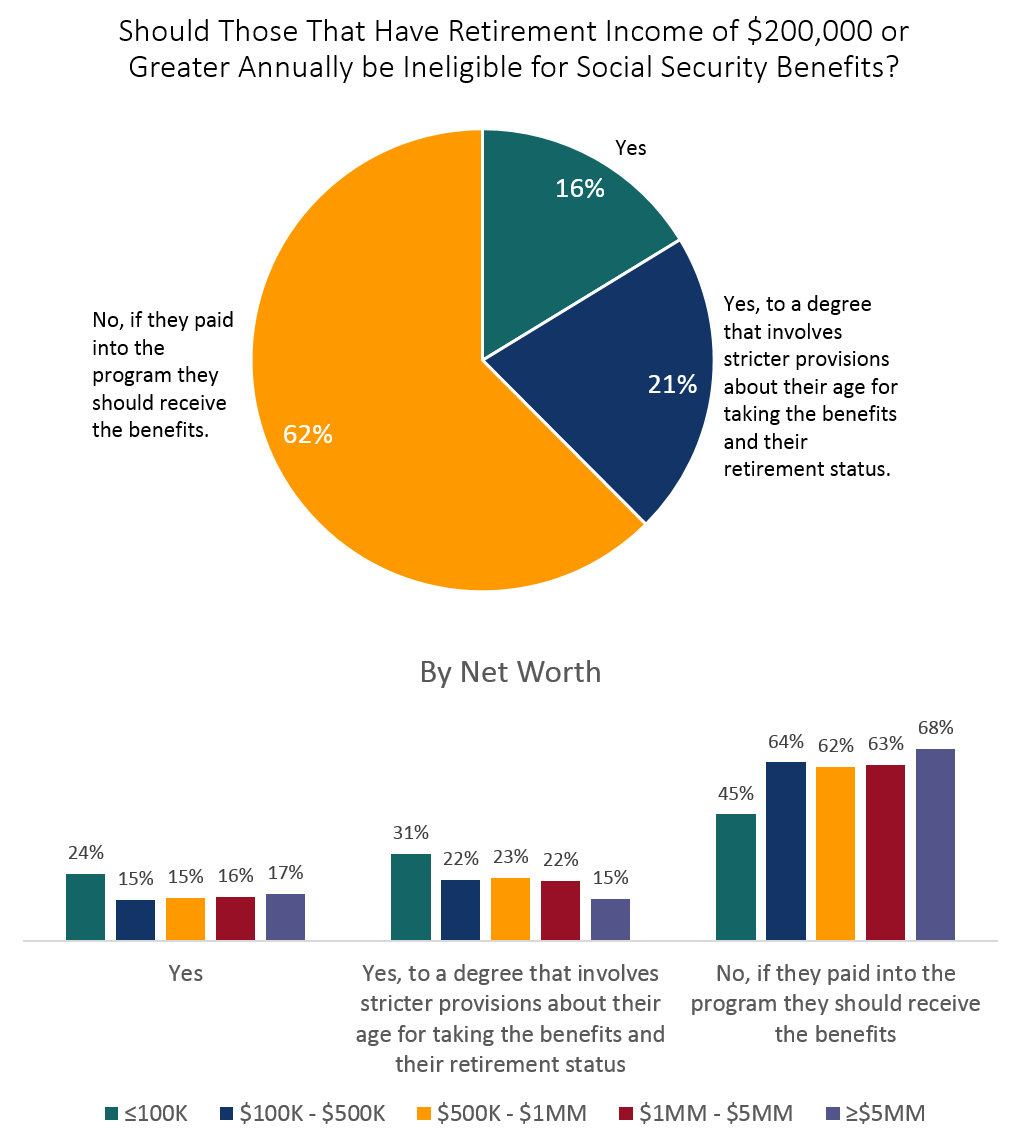 A majority of Affluent households surveyed by Spectrem Group fully expect to have sufficient income to live comfortably during retirement, but even among Millionaires with a net worth up to $5 million (not including primary residence), one-third express concern about depleting their retirement funds too early. This fear was especially heightened among respondents ages 36-44 (47 percent), Gen Xers who were the generation hit hardest by the economic collapse.

Social Security comprises, along with Medicare, 40 percent of federal spending. Analysts project that the beleaguered system will be unable to pay full benefits as early as 2033.

Social Security looks to become an issue in the upcoming presidential race. One idea that has been floated is to exclude those who have retirement income of $200,000 and with “more than $4 to $5 million in liquid assets saved” from receiving Social Security benefits.

Affluent households surveyed earlier in August by Spectrem Group are already on record stating that this is a bad idea. Just over six-in-ten respondents (62 percent) said that if individuals paid into the program they should receive benefits. Those who support the idea do so to a degree that involves stricter provisions about the individual's age for taking their benefits and their retirement status.

Net worth, not surprisingly, is a factor in who supports this proposal and who does not. The highest percentage of respondents in favor of the $200,000 benchmark (31 percent) has a net worth of less than $100,000. In comparison, households with a net worth of at least $5 million were the least in favor (only 15 percent).

Age, too was a factor in who was pro or con. Respondents under 40 were more likely to support the proposal than their Baby Boomer counterparts (28 percent vs. 23 percent).

Six-in-ten Affluent respondents surveyed also do not think that the retirement age for receiving full Social Security benefits should be raised.

While Affluent households will not have to depend heavily on Social Security benefits for the bulk of their retirement income, they do have a vested interest in its solvency. It is a volatile and important topic and one you need to educate them about in relation to their retirement planning.