Social Security Ages and Should They Increase? 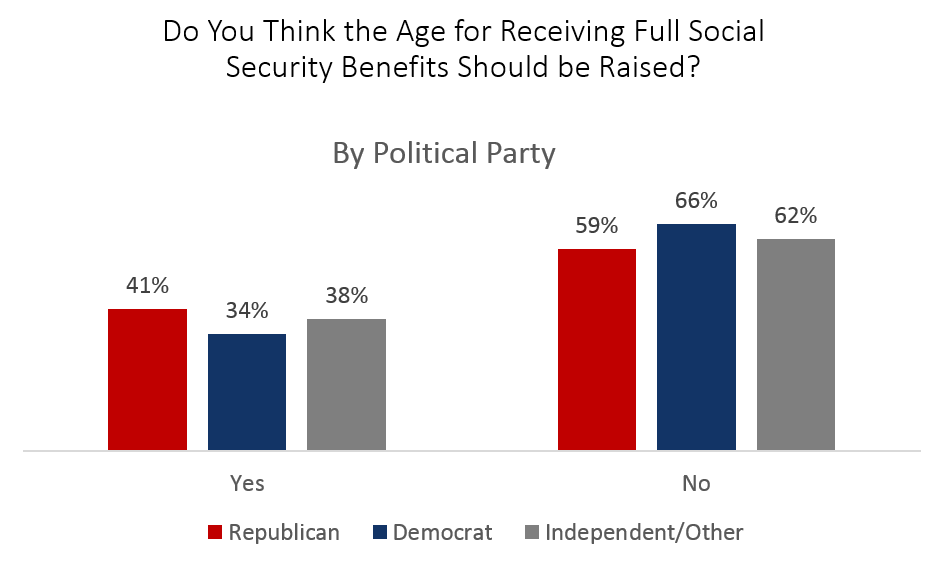 Many American Congressmen and women, hoping to solve the fiscal deficit issue without raising a single tax, believe reducing or revamping the benefits of Social Security would help do the trick.

A majority of affluent investors surveyed by Spectrem Group indicate that the current ages are appropriate for receiving Social Security benefits, although there are some investors who think the age deadline should be raised.

Conversely, Republican are more likely to be in favor of increasing the retirement age, 41 percent to 34 percent among Democrats. There are suggestions of raising the age for full Social Security benefits to 69 years old.

In fact, 47 percent of Republicans believe the correct age for full benefits should be 70 or 71.