Should Companies Be "Woke" Regarding Social Issues?

A fairly recent phenomenon is specific brands reaching out and taking a stand on various social justice and political issues.  In the past, corporations were very unlikely to take a stand on any issue in fear of offending one or more types of customers.  In 1971, Coca-Cola created a commercial with the song “I’d like to teach the world to sing” which was one of the first advertisements linking a brand to a message.  The song was sung by a multi-cultural group of children and was a rather soft social justice message compared to some of the types of stances being taken by corporations today.

Today corporations are more likely to take stands on various issues from Nike supporting Colin Kaepernick in his quest to support players not standing for the “Star Spangled Banner” to Delta Airlines speaking out against recent election law legislation in Georgia.  Do investors like it when corporations speak out on social and political issues?

Based on recent research conducted by Spectrem Group with wealthy investors, the answer is “no”.  Almost two-thirds of investors (64%) indicated that they would prefer that companies remain neutral in terms of political stands.  This opinion varies, however, based upon the age of the investor.  Those investors under the age of 39 were less likely to prefer that companies remain politically neutral (54%) compared to older investors, those over age 75, in which 69% prefer that a corporation remain politically neutral. 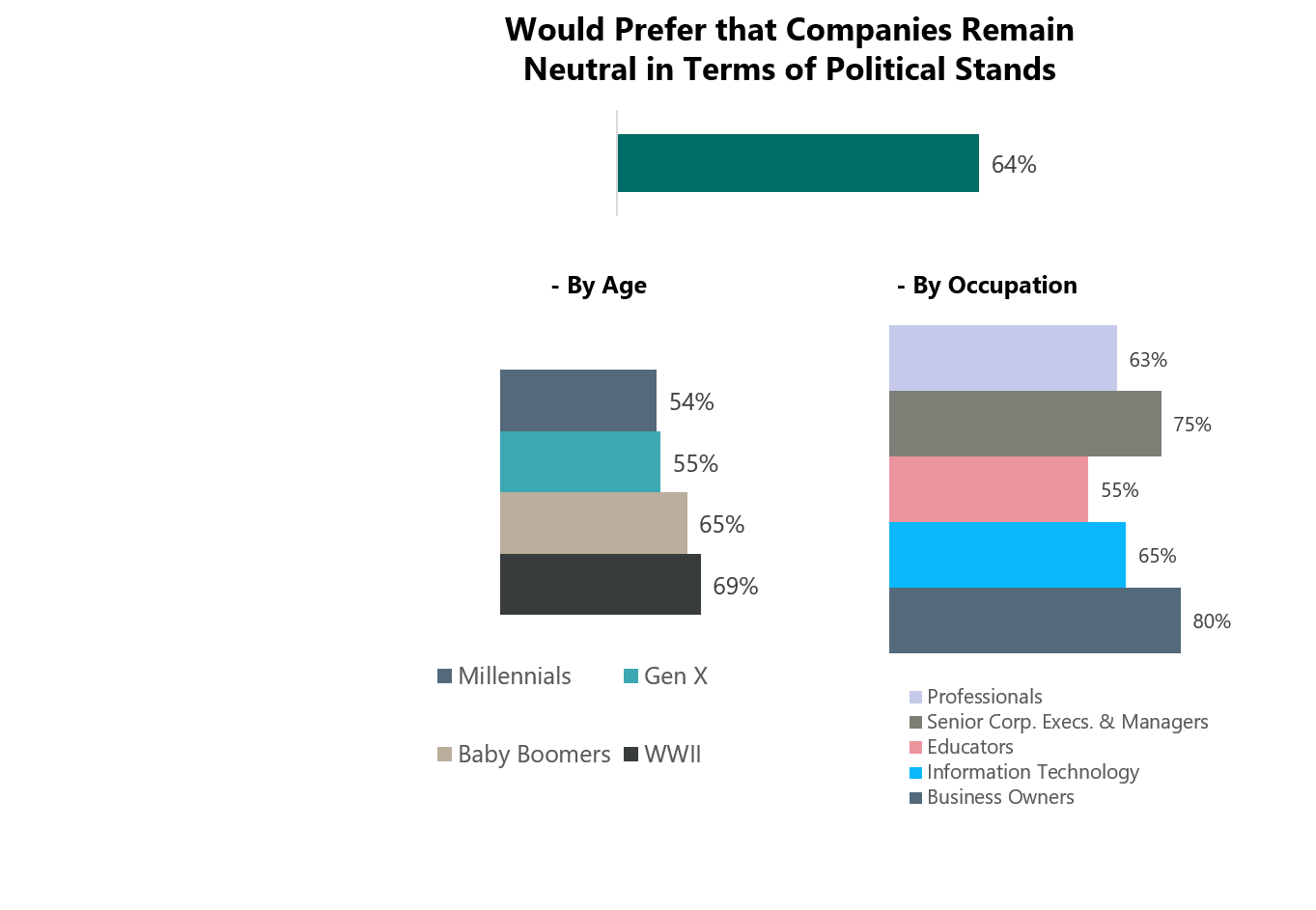 It’s also interesting to note the 80% of Business Owners indicated that businesses should remain politically and socially neutral.  Senior Corporate Executives were also in agreement with neutrality at 75% while Educators were the least likely to support business neutrality at only 55%.

It will be interesting to note if investors or consumers will demonstrate their lack of support for various companies due to their lack of political neutrality.  In the past there has been little impact on companies such as Nike for their political views.  In contrast, Goya showed increased sales due to some of its political support for President Trump.  With younger investors slightly more open to these types of stances by corporations, it may continue in the future.  There is always a danger that a company may go too far and turn off both investors and consumers.