A Return To Normal 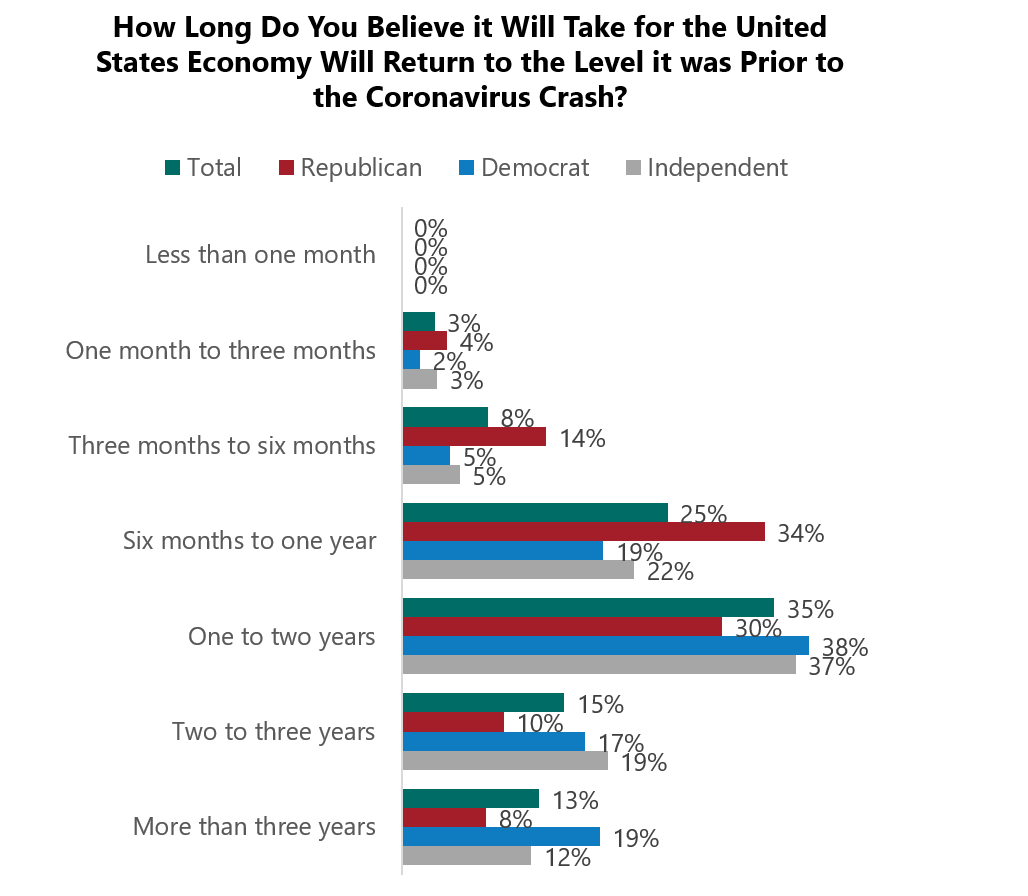 Will we ever return to normal again?

Many people wonder what the lasting effects will be of the coronavirus and the quarantining of America. Will we ever shake hands again? When the crisis is over, will we return to our old shopping habits? Will we ever get our hair cut again?

For economists and stock market observers, the question that runs through their mind is whether the American economy will ever return to normal.

Although there is no set definition of “normal”, the concept is understandable. As volatile as the stock market was in 2019, there was at least some semblance of rationale to its performance. A return to the day when commerce was conducted as it had always been conducted is a hope and dream for most Americans today.

And it is one investors were asked to consider in Spectrem’s three-month study of the impact of the coronavirus. In Corona Crash: What Advisors Should Be Saying To Investors Now*, investors were asked when they think the American economic will return to “normal”, with no definition of “normal” offered.

Overall, the most popular answer was “one to two years”. That was the opinion of 35 percent of all respondents. And when those respondents were segmented by political affiliation, the response rate was almost identical, with 30 percent of Republicans, 38 percent of Democrats and 37 percent of Independents agreeing on the one-to-two-year timeline.

Republican investors, believing the current national administration will do everything possible to get the economy running at a normal pace again, tended to offer shorter timelines overall. While 30 percent suggested a one-to-two-year assessment of a return to normalcy, 34 percent suggested the economy would get back to normal in six months to one year, and 14 percent even said a three-to-six-month timeline was their best guess.

Democratic investors leaned toward a longer period of adjustment. Thirty-six percent said it would take at least two years for the economy to recover from the damage of the coronavirus and the economic response to it.

Thirteen percent of all respondents said it would take three years for the economy to recover. That would be in the middle of the next presidential administration.