Retirees Are Ready This Time 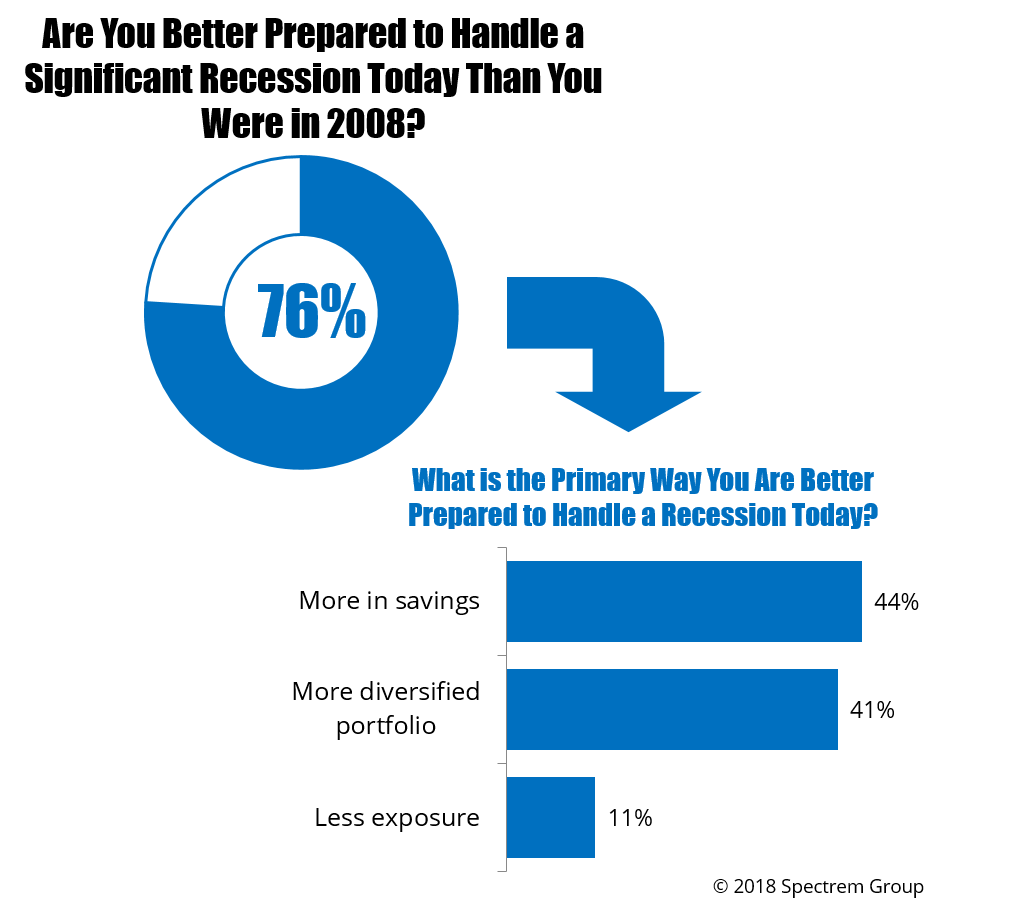 It has been 10 years since the American economy was rocked by perhaps the second most damaging downturn in history, which has become known as the Great Recession.

Since that time, when a banking crisis decimated bank accounts and investment portfolios and damaged the reputation of the banking industry, the recovery has been slow but steady. Through the years with Barack Obama as president and into the first two years of the Donald Trump presidency, the stock market has climbed into never-before-seen territory, unemployment has been virtually eliminated and the culture for investment has been as strong as ever.

But the economic history of the United States has never seen a bull market that lasted 10 years. Rainy day economists warn that there will be a downturn, and because of the heights the market has reached, the fall will be precipitous. Advisors and investors alike watch for economic indicators that might help predict such a slide.

Many of the investors involved in today’s market were active investors in 2008 when the Great Recession hit. Many of those same investors are now retired, having exited the workforce in the last 10 years if they were not already retired at the time of the recession.

Are those retired investors in a better position today than they were 10 years ago to handle a significant bear market and economic tumble?

According to a Spectrem survey of affluent retired investors in August, the answer is a resounding “Yes”.

Investors who have retired in the last 10 years are likely to be a bit less active in investments than they were in 2008. Retired investors tend to invest with an eye toward security rather than the growth and income aims younger investors often have.

Asked to explain why they believe they are better suited to handle a recession now than 10 yeas ago, 43 percent said they had a more diversified portfolio, which would be beneficial if the downturn is a result of one or two industries suffering losses rather than the entire market crashing. Thirty-eight percent of retired investors said they had more money put away in savings than they had in 2008, which also makes sense, as investors are 10 years older than they were 10 years ago and likely to have put additional funds away for such a rainy day.

Only 15 percent of retired investors said the reason they are better prepared for a recession today is that they have less exposure to market conditions.

So retired investors are worried about a crash, even as most believe they are better suited to handle the kind of downturn which devastated the economy and many personal fortunes back in 2008.

Here’s hoping they are correct.

The United States has basically been in a bull market for the better part of the past 10 years, recovering strongly from the Great Recession. But in the history of the stock market, no bull run has lasted forever. Many financial pundits say the country’s economy and corporate management is in no better position to handle a downturn than it was in 2007 and 2008. As a result, advisors need to discuss with all clients the possibility of a downturn, and the conversations with retired investors are perhaps even more important because they perhaps have less time to recover than those investors still in the workplace.