Retirement Preparation on a Regional Basis 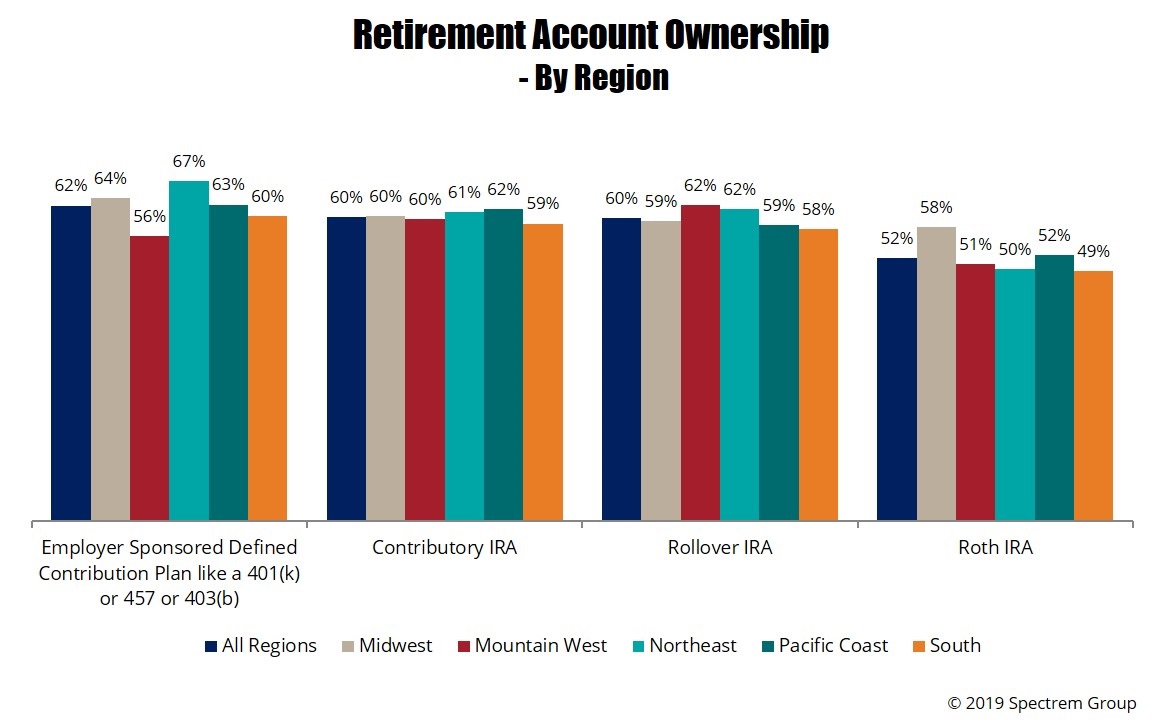 From a geographic standpoint, the Northeast area of the United States is different than the Mountain West. The South is unique from the Pacific Coast. The Midwest is in the middle of all of it.

Some areas are hotbeds of retired Americans. Florida and Arizona have a noticeable percentage of its population numbered by so-called snowbirds, who split their time between the southern states in the winter and their former northern homes in the summer. Some retirees leave their northern climes entirely and set up permanent residence in Phoenix or Miami or other communities nearby.

Attitudes about retirement are likely to differ based on regional location. Spectrem research shows that attitudes towards retirement accounts differ by region as well.

Spectrem’s new study Regional Impact on Investors shows that ownership of retirement accounts differs significantly based on the regions of the country. Advisors who work specifically within one region or another can benefit from the knowledge of how their region looks at retirement accounts.

There are some more significant differences in the amount of money investors have in their defined contribution and retirement accounts. The Mountain West, with the lowest level of defined contribution ownership, has the most assets invested in contributory IRAs ($401,000 on average) and rollover IRAs ($701,000 on average). For comparison, investors in the South have only $612,000 in Rollover IRAs and Midwest Investors have only $616,000.

It is notable that insurance and annuity ownership is relatively lower among investors from the Pacific Coast states, which for the purposes of the study are California, Oregon, Washington, Hawaii and Alaska. From a business standpoint, those states do operate differently than most other states due to ocean-related commerce, and the Pacific Northwest is home to much of the nation’s tech industries, which may impact financial decisions.