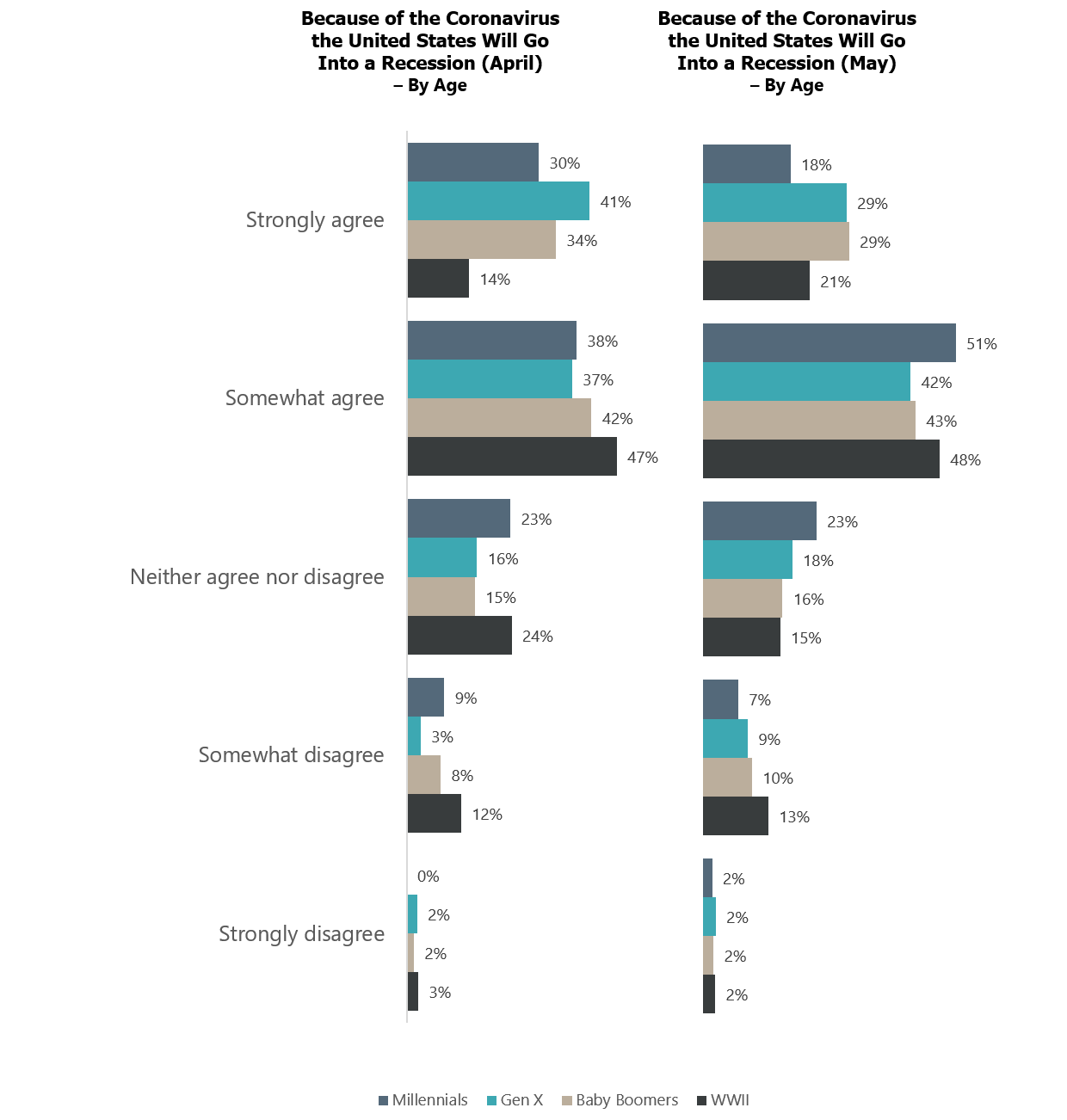 In 2020, with the advance of the coronavirus, the market downturn occurred, and fear of a recession became rampant.

That fear still exists among most investors, but it is dampening a bit.

Spectrem’s three-month study on the financial impact of the coronavirus asked investors whether they thought the American economy was headed for a recession as a result of the economic factors related to the virus. From the time the study was conducted in April to the time it was conducted in May, there was slight reduction in the positive responses to that question, from 74 percent to 71 percent.

While the virus was no less deadly in May, some shelter-in-place and quarantining procedures helped mitigate the impact of the virus in some states. At the same time, a state-by-state process of returning to some form of economic normalcy created a sense among some investors that American commerce will survive without a harsh long-term decrease in financial activity.

Advisors need to know how their investors feel regarding the immediate future of the American economy. Feelings of despair over continued closures and changed behaviors in the marketplace will likely cause an investor to back off investing, especially in the stock market. Advisors who wish to inform and educate investors on the details of current economic events should place a call or send a quick email to set up a meeting to discuss the near-term future of the economy.

Among the investors who responded regarding an upcoming recession, there was a decrease in concern among both Gen X investors and Baby Boomers. Among Gen X investors, 79 percent predicted a recession in April but only 71 percent did so in May. Likewise, among Baby Boomers, the recession-wary percentage dropped from 75 percent to 72 percent.

There was, however, a sizable increase in World War II investors believing a recession is on the horizon, from 61 percent to 69 percent.

As of June 2, the stock market remained inconsistent, and economic indicators continued to show massive effect from the coronavirus, especially in terms of employment. While a recession is certainly not a sure thing at this point, it is also not out of the realm of possibility.