There is a common myth that perpetuates throughout our industry and that is that women prefer female advisors. While Spectrem Group has frequently tested this concept in our focus groups, quantitative data also supports this finding. In fact, women are often insulted when they feel they are being pushed to a female advisor.

“What do they think I want to talk to an advisor about? I’m not coming to share recipes. I want to discuss my investments with the smartest person there and I don’t care if they are male or female.”

“I walked into a branch at XYZ firm and they told me to make myself comfortable in the waiting room. Stephanie is the person who would be best for me and she was still at lunch. I couldn’t figure out how they would know Stephanie was the best for me.  They only knew that I was a female and nothing else. They were all twenty-something males.”

This doesn’t mean women will refuse to have a female advisor. It simply means that gender isn’t a criteria that is important to women when choosing an advisor. In Spectrem’s recent report, Preferred Sales Approach: Capturing the Wealthy Investor, Spectrem found that 89% of women and 88% of men don’t care about the gender of their financial advisor. In fact, investors are more likely to care about the political affiliation of their advisor (31%) than their gender.

Similar to gender, traits such as ethnicity, religion and social strata (someone from same social circles)of a financial advisor are not important to investors. Some investors do show a preference based upon the age of the advisor. More than half of investors (54%) indicate they do not care about an advisor’s age. Twenty-nine percent of Millennials want an advisor who is older than themselves. Similarly, 35% of WWII investors prefer a younger investor. A quarter of investors prefer an advisor who is a similar age to themselves.

What exactly are investors looking for in an advisor if none of the demographic factors are important?  Not surprisingly, investors want an advisor who demonstrates expertise and who seems to be ethical. 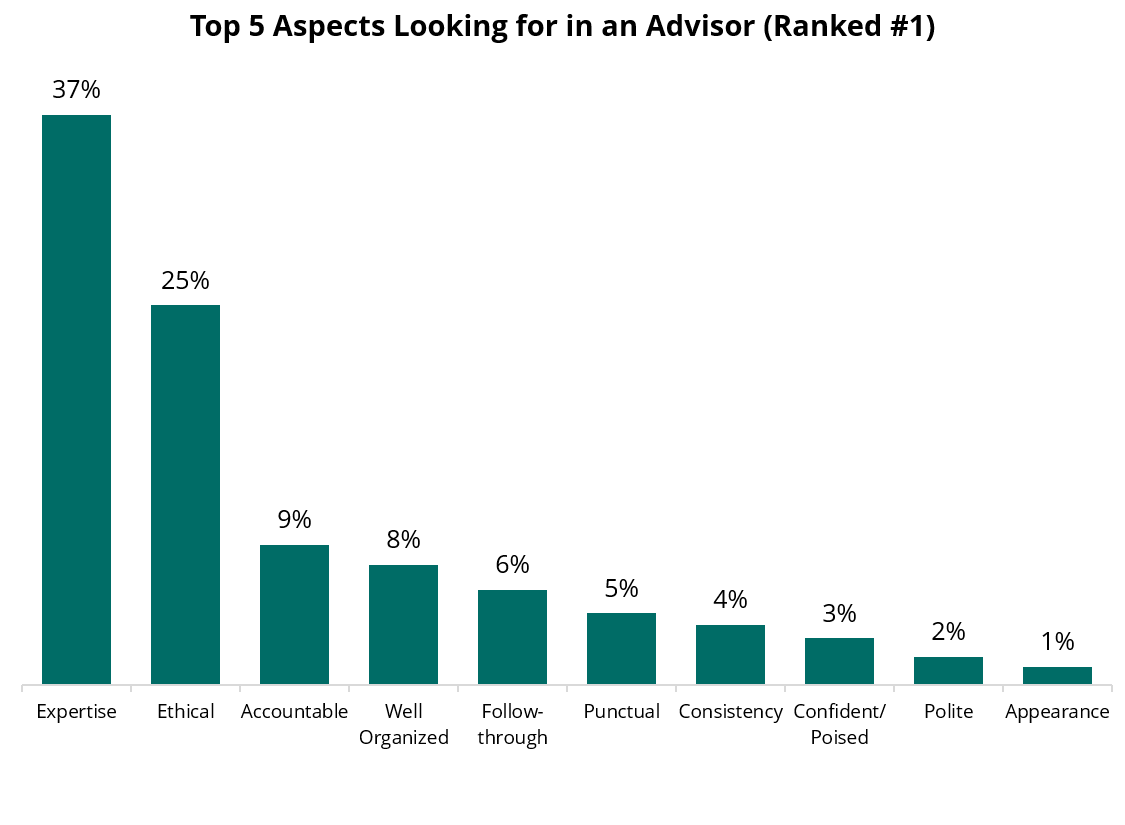 When financial advisory firms are trying to match the potential investor to the appropriate advisor, they should really be paying more attention to the issues above and paying less attention to factors such as gender. Just let the investor decide. Regardless of whether the investor is male or female, they really just want the smartest person in the room to be responsible for their investments.