Investors are beginning to feel dismal about their financial futures. This compares to just a month ago when they still felt faintly optimistic that the recovery would be quick and the economic downturn would be short. Despite an optimistic outlook by President Trump and his administration, investors are beginning to feel the brunt of the recession while small business owners are still awaiting the distributions from the Payroll Protection Act to hit their accounts. Americans are ready to get back to work and are worried about meeting their financial obligations.
The second installment of our current research focused on the recent market crash, The Corona Crash: What Advisors Should Be Saying to Investors Now, was just completed this week and reveals how dramatically investor attitudes have changed in the past month. This research supports our monthly index research which indicates that more than a quarter (28 percent) of investors believe that their household income will decrease in the next year. More than half (54 percent), however, believe it will remain the same. Almost half of investors believe their assets will be lower (43 percent) over the next 12 months while 32 percent believe they will remain the same and only 25 percent feel they will be higher.  A third of investors believe that the financial health of their company will be lower in the next year while 54 percent believe it will be the same. And overall, two-thirds of investors (66 percent) believe the economy will be worse in the next year.
In March, 42 percent of investors indicated they had lost a small amount of their net worth while 30 percent had lost a fair amount of their net worth. In April, those numbers are flipped. Forty-one percent of investors indicate that they have lost a fair amount of their net worth and 27 percent have lost a small amount of their net worth. In April, 21 percent of investors indicate they have lost a significant amount of their net worth compared to only 9 percent in March. In March, 20 percent of investors indicated they had not been impacted by the Corona Crash at all compared to only 10 percent in April. 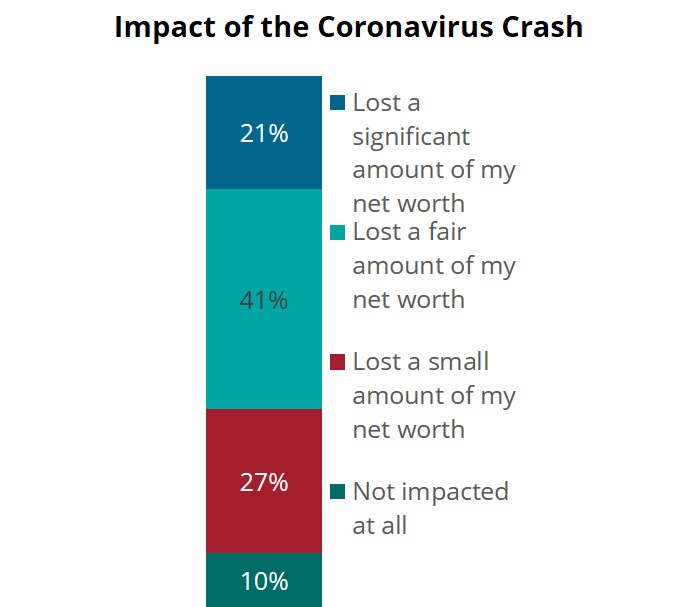 Just over a third (36 percent) of investors believe that the economy will recover in the next year. About the same percentage (35 percent) think it will take 1-2 years. The remainder believe it will take longer. Like everything else in our divided country, political affiliation is the greatest predictor of how soon an investor believes the economy will return. 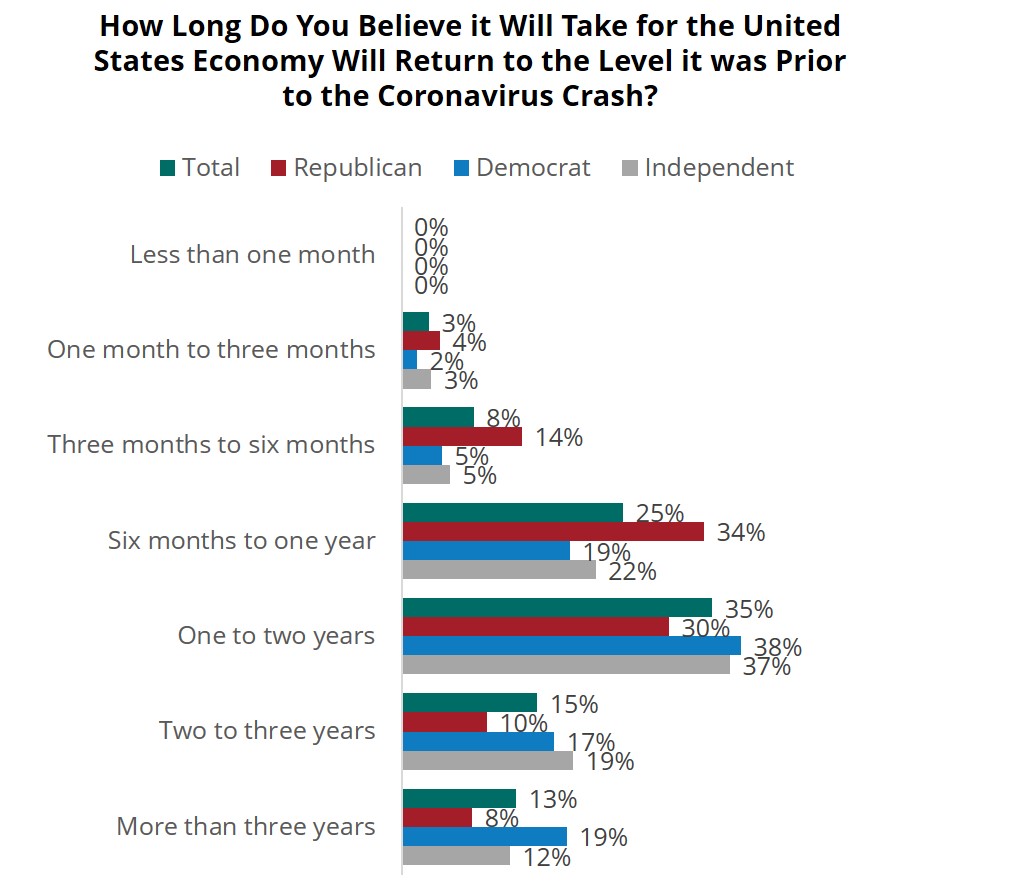 How can advisors help frustrated investors?
1. It’s a great time to have a virtual meeting with your clients.  Many individuals are stuck at home. They would be willing to have a discussion about any changes they should make or whether they should continue to hold steady.
2. If investors have a financial plan in place, it might be time to update that plan. Investors will still have to pay college expenses for their children – maybe now or even in the future. Many still hope to retire within a specific timeframe. What changes do they need to make?3. For investors without a financial plan – there is no time like the present.  Creating a plan during a time of financial duress can only provide an even more positive outcome should the economy recover more quickly.4. Communicate, communicate, communicate. Investors are happy with how their advisors have been proactively reaching out during this crisis. Keep it up. It’s working.