For many investors, 2008 was the biggest financial impact they had suffered until that time. Investors were angry and afraid and it took several years before they began to rely upon their financial advisors once again.  Then, only 12 years later, the economic shutdown of 2020, caused by the pandemic again rocked the portfolios of investors.  But the results of the 2020 crash have been very different than the one experienced in 2008. In fact, the lessons investors learned from the 2008 market collapse may have softened the blow for many in 2020.  (For more information regarding our ongoing research please check out our monthly journal, High Net Worth Insights).  Spectrem Group’s research tracked the outcomes of both market crashes and has found some interesting comparisons. 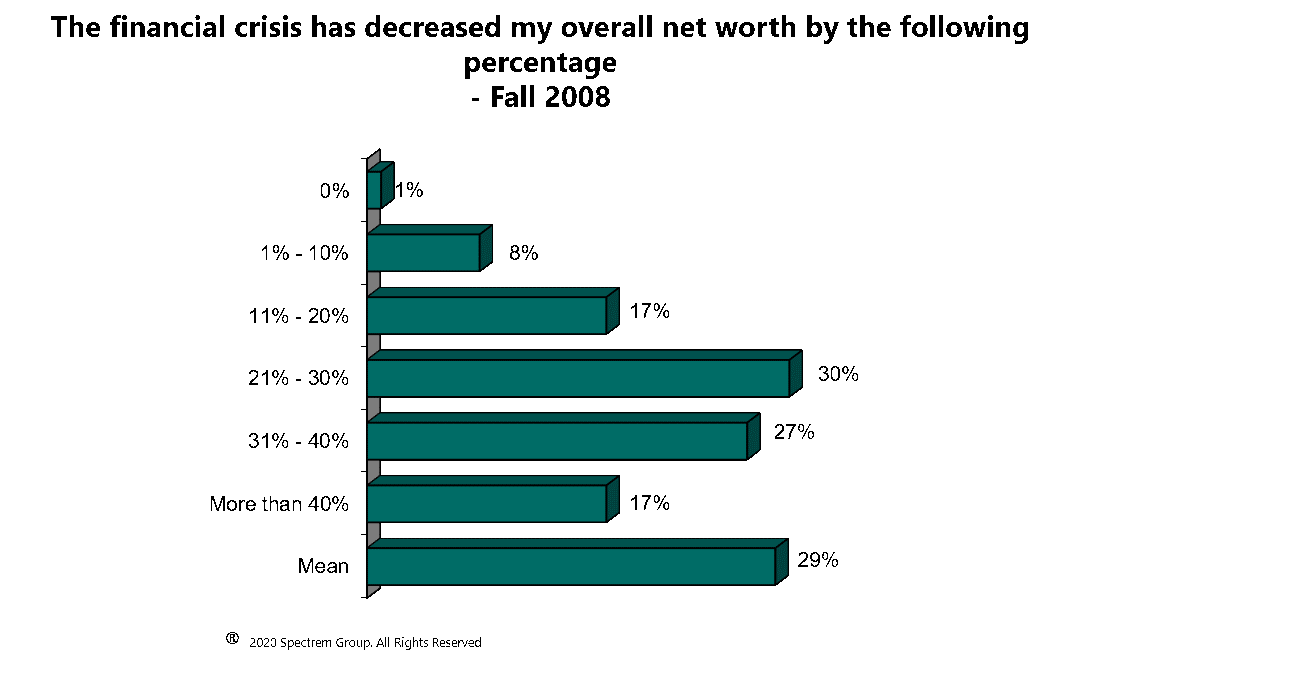 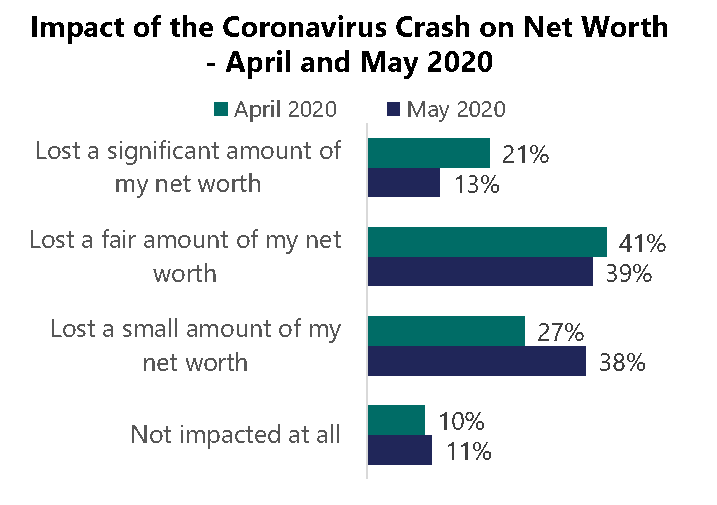 The more aggressive risk tolerance in 2020 may be due to the fact that markets rebounded more quickly in 2020 than in the 2008 Recession.  It may also be due to the difference in the underlying cause of the market collapse.  The pandemic shutdown was a specific event leaving investors to believe that the underlying economy was still strong. (Although that attitude may change as economic uncertainty continues.)  In fact, 18 percent of investors in March 2020 and 23 percent of investors in April 2020 found the market crash provided a buying opportunity.

Finally, some of the lessons learned in 2008 may have impacted the portfolios of investors in 2020 resulting in fewer losses due to higher levels of cash investments at the outset.  The initial implications on the portfolios of wealthy investors in 2020 were similar to 2008 although investors started at higher levels and began to recover more quickly.  In making this analysis, Spectrem relied upon its data for Millionaire households (those with $100,000 of net worth, not including the value of the primary residence.)  In general, the Investable Assets of a Millionaire household represent about 56% of an investor’s total portfolio.  It’s interesting to note that the amount of Deposits held in a Millionaire’s account in 2008 was much lower than in 2020.  As of July, Millionaires held about 15% of their total investable assets in cash.  In fact, in 2008 investors were more likely to be invested in Stocks and Bonds than in 2020.  Due to the higher levels of cash in investor portfolios in 2020, overall losses may have been lower and the ability to recover may have been easier.

Because the 2020 market crash occurred only 12 years later than the 2008 Recession, investors were still somewhat wary regarding their portfolios. They were more likely to hold greater percentages of assets in cash.  More importantly, 2020 investors were able to respond to a  recovery that seems to be occurring more quickly than in 2008.