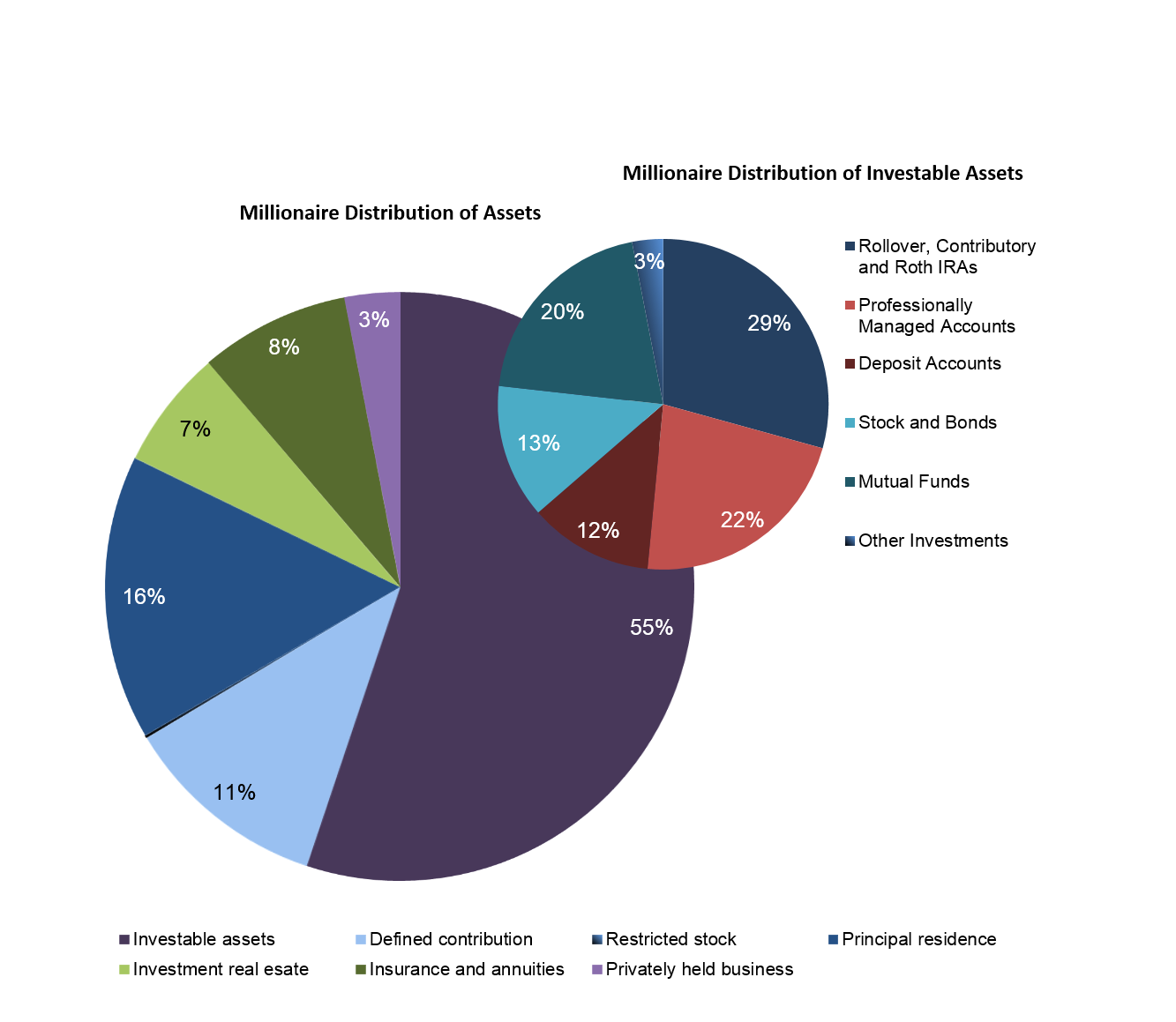 There was a time in American history when citizens were on their own when it came to organizing and investing their retirement funds. Today, many Americans have the opportunity to place a portion of their income into a defined contribution account or into an Individual Retirement Account with an eye toward having funds available in retirement.

DC plans and IRAs have gone through numerous adjustments, and currently suffer a bit from low contribution rates, a slow recovery from the 2008 financial crisis, and the fluctuating stock market performance. However, Americans still make the pre-tax contributions, because any retirement account is better than none.

There are factors that affect those percentages. Mass Affluent investors are on average younger and more likely to still be working, so they are more likely to have defined contribution accounts through their place of employment.

Age plays a huge role in the ownership of DC plans and IRAs. Among Mass Affluent investors in our study, 88 percent of those under the age of 36 own employer-sponsored defined contribution plans.

Forty-two percent of Mass Affluent investors own Roth IRAS, which are after-tax plans that have no tax penalties for withdrawals. Roth IRAs do have an income maximum, so they again are more likely to be used by the less wealthy investors in the study.

Conversely, only 41 percent of Millionaires over the age of 65 still have employer-sponsored DC plans, and only 48 percent are invested in Roths. The oldest investors are more invested in rollover IRAs (63 percent) than the youngest investors (50 percent).

There are also disparities among Millionaires and their savings plans based on occupation. Among employer-sponsored DC plan participation is high among professionals (67 percent among doctors and lawyers) while 71 percent of Senior Corporate Executives have rollover IRAs (which they may have invested in to move funds from an earlier DC plan from early in their careers).

With the aging of America, the role of contributory, rollover and Roth IRAs is expected to change. As Baby Boomers stop working, they are likely to move assets from their employer-sponsored accounts.

“Initially, defined contribution plans and rollover IRAs are straightforward transactions,’’ said Spectrem president George H. Walper. “But investors can save large sums of money by making the correct decision about what to do with those IRA funds after they are done working, because distributions are taxed differently based on what kind of IRA they come from. This is where a financial advisor can assist greatly in the decision-making process.”

Meanwhile, as Baby Boomers move into the 70-plus age group, they are required by law to take distributions from their defined contribution, rollover or contributory IRAs, at which point those distributions are taxed.