Politics can impact many components of an individual’s life.  Political opinion can be indicative of actions on many different topics.  How does politics impact a wealthy investor’s likelihood for making a referral of their financial advisor?  Is one political party more likely to refer their financial advisor than another?

Spectrem’s recent research shows that many different components of an advisory relationship are impacted by politics.  How likely they are to recommend, why they would choose not to recommend, and how quickly they expect their advisor to return a phone call all vary based on political affiliation.  Spectrem identifies three categories of political affiliation; Republican, Democrat, and Independent.

There are some topics that everyone agrees upon, such as overall satisfaction.  Eighty-three percent of Republicans are satisfied with their advisor, while 84 percent of Democrats and 82 percent of Independents feel that way.  Satisfactions with responsiveness to requests and expertise of advisor are similar, where all political affiliations feel nearly the same. 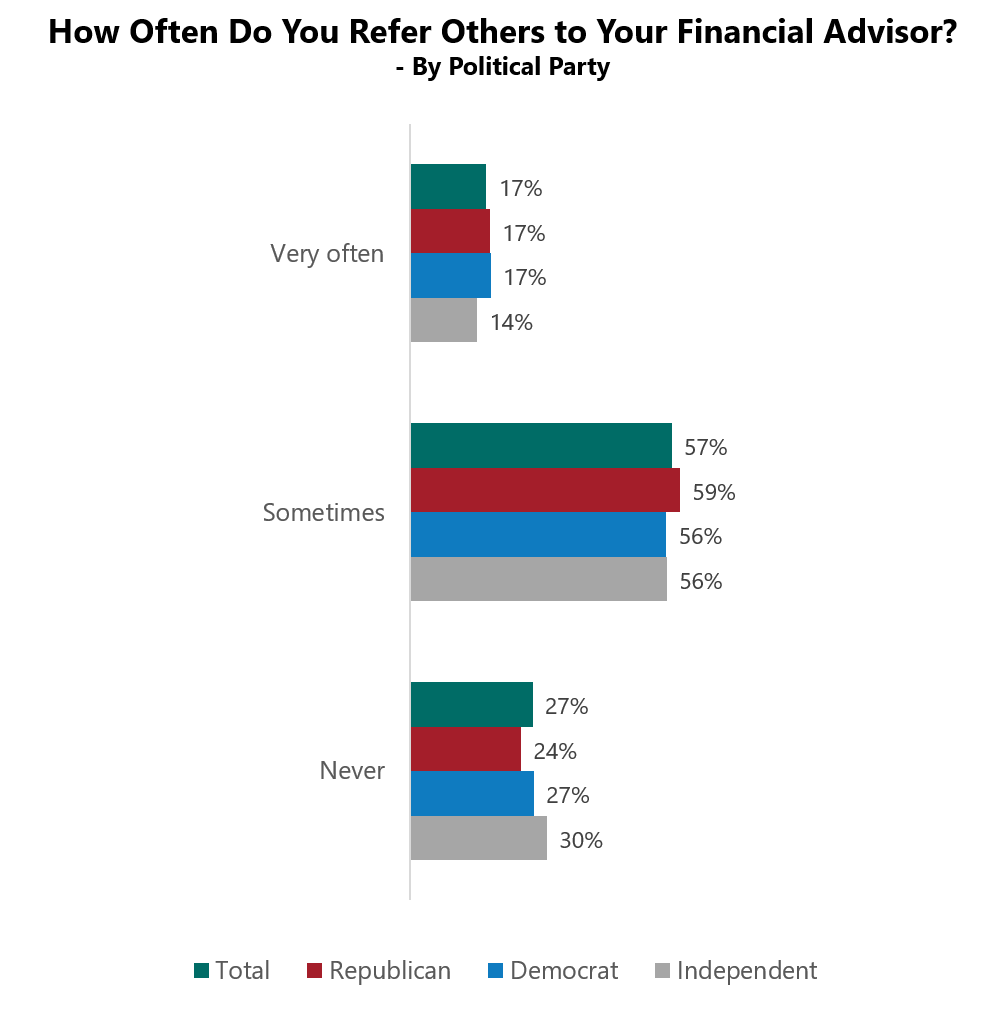 The reasons behind not referring an advisor are varied.  Two-thirds of Democrats feel that it simply isn’t their place to tell others where to go/what to buy.  Republicans are more likely than Democrats or Independents to have concerns about friends or families having a bad experiences.

Advisors often know the political affiliations of their clients, as 28 percent of wealthy investors are looking for an advisor that shares their political views.  Being aware of political affiliation allows financial professionals to cater their service to each individual client and their preferences.