Will Politics Ever Go Away? 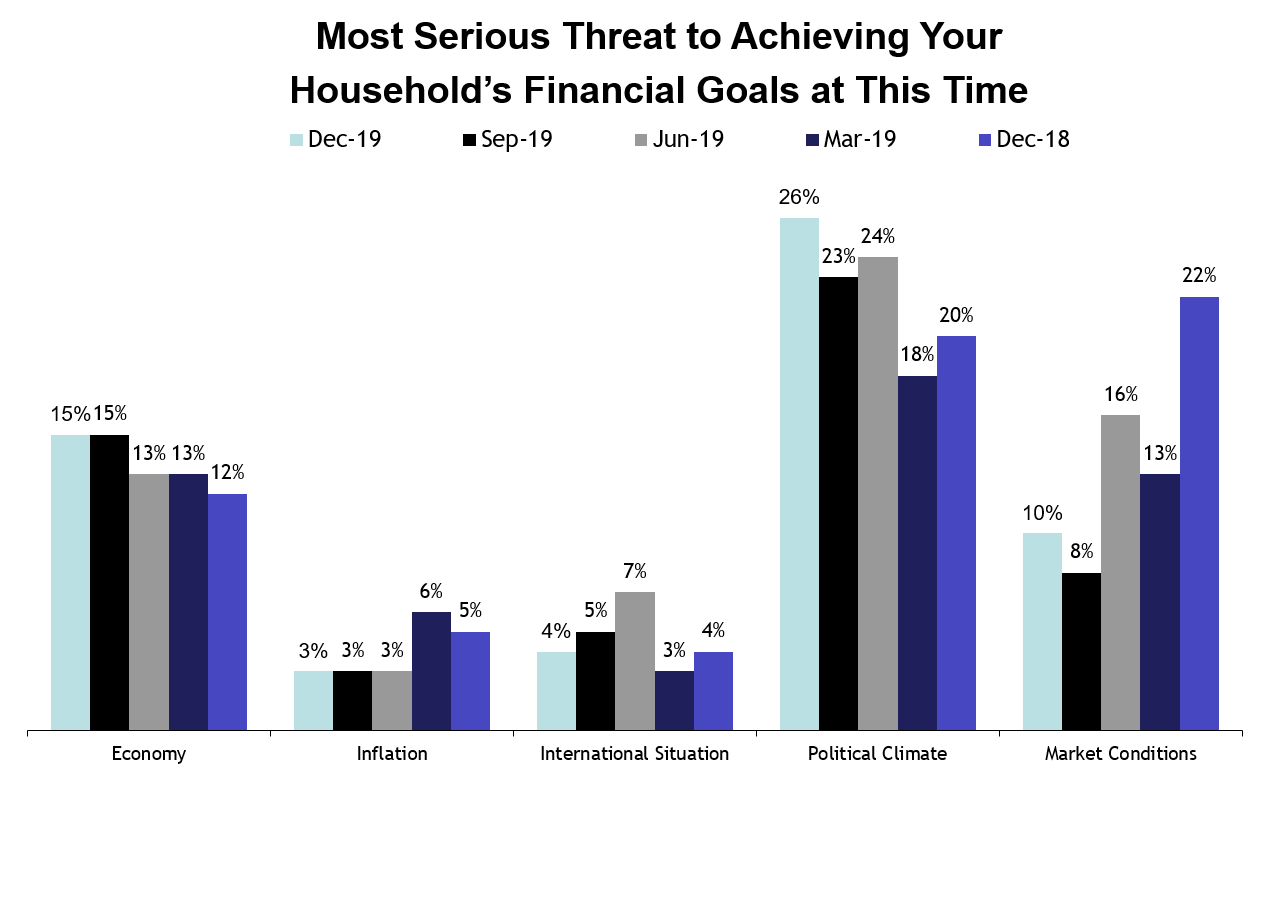 But for the foreseeable future, the topic that most bothers affluent investors is the political atmosphere in America.

Every month, as part of Spectrem’s Investor Confidence Indices, investors are asked one question that requires an open-ended response, and always deals with their current approach to household financial matters. In December, the question was “What is the most serious threat to achieving your household’s financial goals at this time?” The questions are asked on a rotating basis every three months.

Over the past two years, politics has always been the No. 1 or No. 2 response, but in December of 2019, more than one-quarter of respondents said the political climate was the No.1 problem. At 26 percent, that response gained 3 percent over its response rate in September, the last time that question was asked.

Despite signs that the economy is continuing its strong run, 16 percent of respondents pointed to the economy as the most serious threat to their financial goals. The economy is dependent in large part on the trade relationship between the United States and China, and that situation has been ongoing for several years without a complete resolution.

So, what topic that might impact a household are no longer as much of a threat as they once were? The stock market continues to set records on almost a daily basis, and only 10 percent of respondents said the stock market is the greatest threat they face.