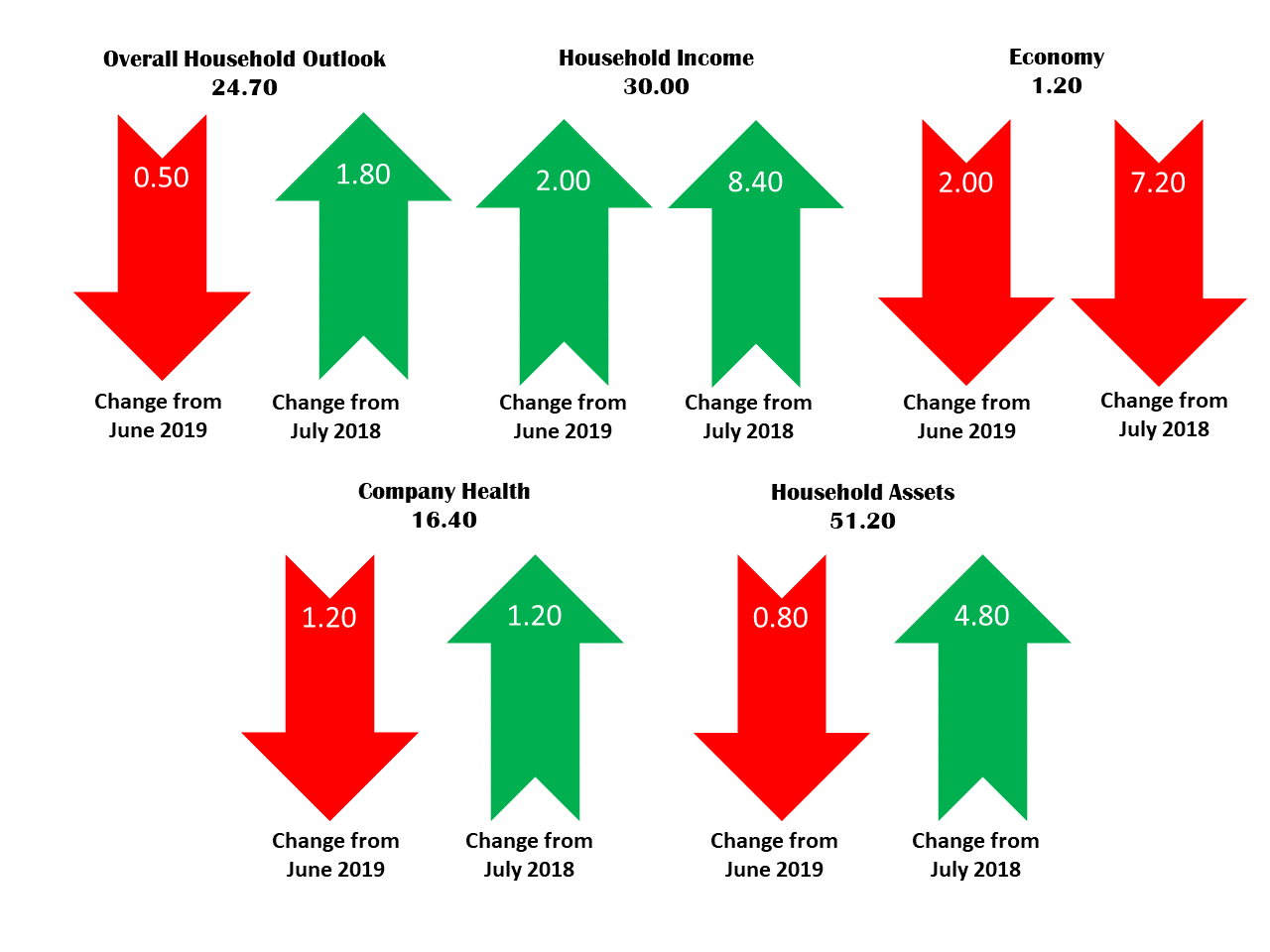 When the stock market reaches record highs across the board, is that a good thing or a bad thing?

It depends on your point of view.

Spectrem’s Household Outlook dropped overall but only slightly in July, and the Outlook of investors changed based on whether they have $1 million or more in investable assets or if they do not. The Millionaires in the Spectrem survey reported a drop in their overall Outlook from 30.51 to 25.39 while non-Millionaires reported a reflective increase in Outlook from 19.72 to 23.98.

The outlook for the American economy remains a mystery to most observers. So much of the American economy is based on our trade relationship with China, and that relationship remains strained, while there are occasional reports of hopeful progress from the Trump administration. Every monthly job report sends economists scurrying to proclaim the state of American business without any obvious direction one way or the other.

The Outlook for household income was at 14.40 in January and has been steadily improving all year long. The last time the Outlook for Household Income reached 30 among all investors was in February of 2015, more than four years ago.

Millionaires, Democrats and retired investors reported the greatest increase in their Outlook for household income in July.

So many American companies have their fortunes tied to global trade that it is difficult for investors to gauge their company health until trade negotiations are finalized. However, the July Outlook overall was the first time the rating has dropped for Company health since March. Millionaires reported a seven-point drop in their Outlook for company health, down to 13.28, and that pattern was duplicated throughout the investor segments in the survey.