Plan Participants Say They Are Not Wealthy 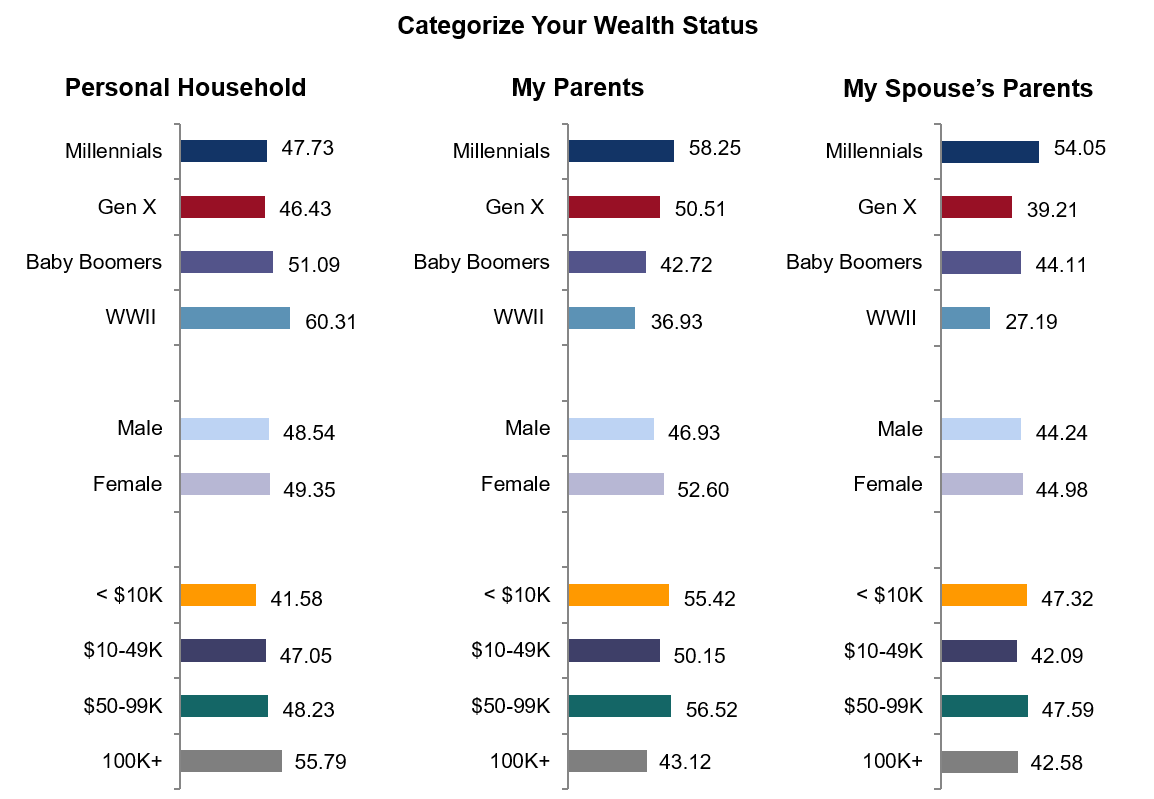 When Americans sign up for a defined contribution plan, they are thinking about their retirement. They are hoping the funds that are invested in a DC plan grow and make retirement a bit more comfortable.

It’s easy to see that DC plan participants might not see themselves as wealthy. After all, if they were wealthy, they might consider not contributing to the plan in the first place?

The responses regarding their wealth indicate that the more money a participant has in their defined contribution account, the better they feel about their wealth status.

Female plan participants rated themselves slightly better than male participants did, 49.35 to 48.54. Historically, females tend to have a lower opinion of their wealth status than men.

Without a strong belief in investment knowledge, it makes sense that plan participants would be more moderate in their risk-taking as it relates to investments. Exactly two-thirds of plan participants consider themselves “moderate: or “conservative” in investing, while 31 percent call themselves “aggressive” and only 3 percent are “most aggressive”.