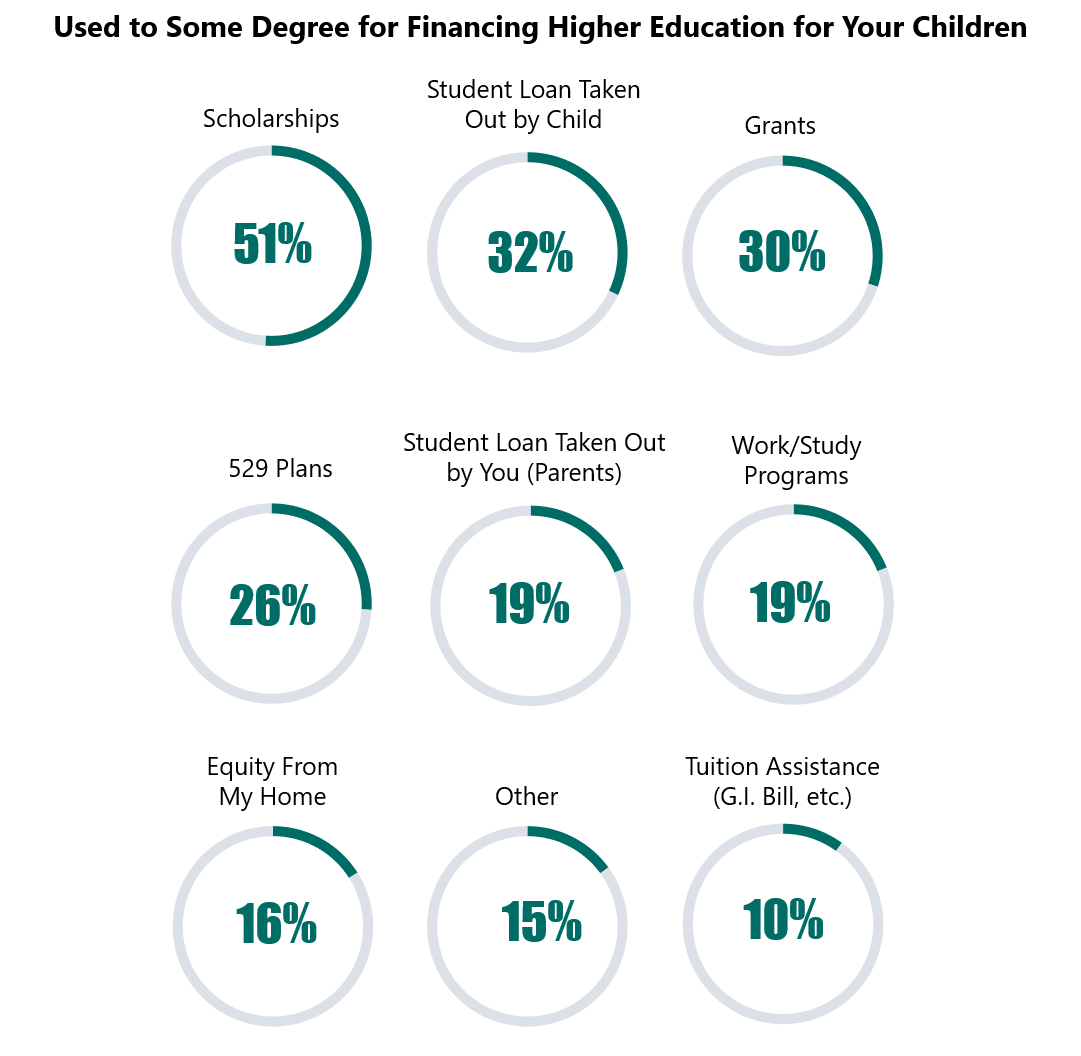 While investors with lower levels of wealth obviously need to take advantage of funding sources to make it financially feasible for their children to attend college, even wealthy investors take advantage of scholarships and loans to defray some of the thousands of dollars a year that colleges cost.

Advisors need to be well-versed in all of the choices investors have regarding college funding, and have an understanding why one path might be less appealing to investors than others, without regard for how much fiscal sense they make.

When a person or a couple decides to start a family, one of their first financial decisions is to determine how they are going to pay for their new child’s eventual college education. The maneuvers they plan weigh upon many other financial decisions those parents make in the two decades between brining a child into the family and sending them off to college.

Spectrem’s new study Parenting and Financial Issues looks at the choices parents are making or have made in order to fund a college education. Family wealth clearly plays a role in the funding options families employ.

There is money students earn through academic, leadership or athletic skills. Fifty-five percent of investors took advantage of scholarships earned by their children to pay for college.

However, one-third take advantage of student loans taken out by the student to help defray costs. Those loans are at a lower interest rate that others, and does provide the student with a chance to build their own credit score, but millions of students graduate with high six-figures in loan amounts that require regular payments immediately after graduation.

Even among some of the wealthiest investors in the Spectrem study, those with a net worth between $15 million and $25 million, student loans were accessed. Of that wealth segment, 6 percent made extensive use of the loans and 28 percent reported some use of student loans to pay for college.

Thirty percent of all investors use grants to help pay for college, while 19 percent arrange for their children to gain funds through work/study programs.

Surprisingly, only 26 percent of investors funded a 529 plan, which effectively pre-pays college costs at most four-year colleges in the United States and provides tax advantages. Such programs require funding in advance, and as a result, wealthier investors are more likely to take advantage of the programs. Of the $15 million-$25 million segment, 31 percent reported extensive use of 529 funding plans.