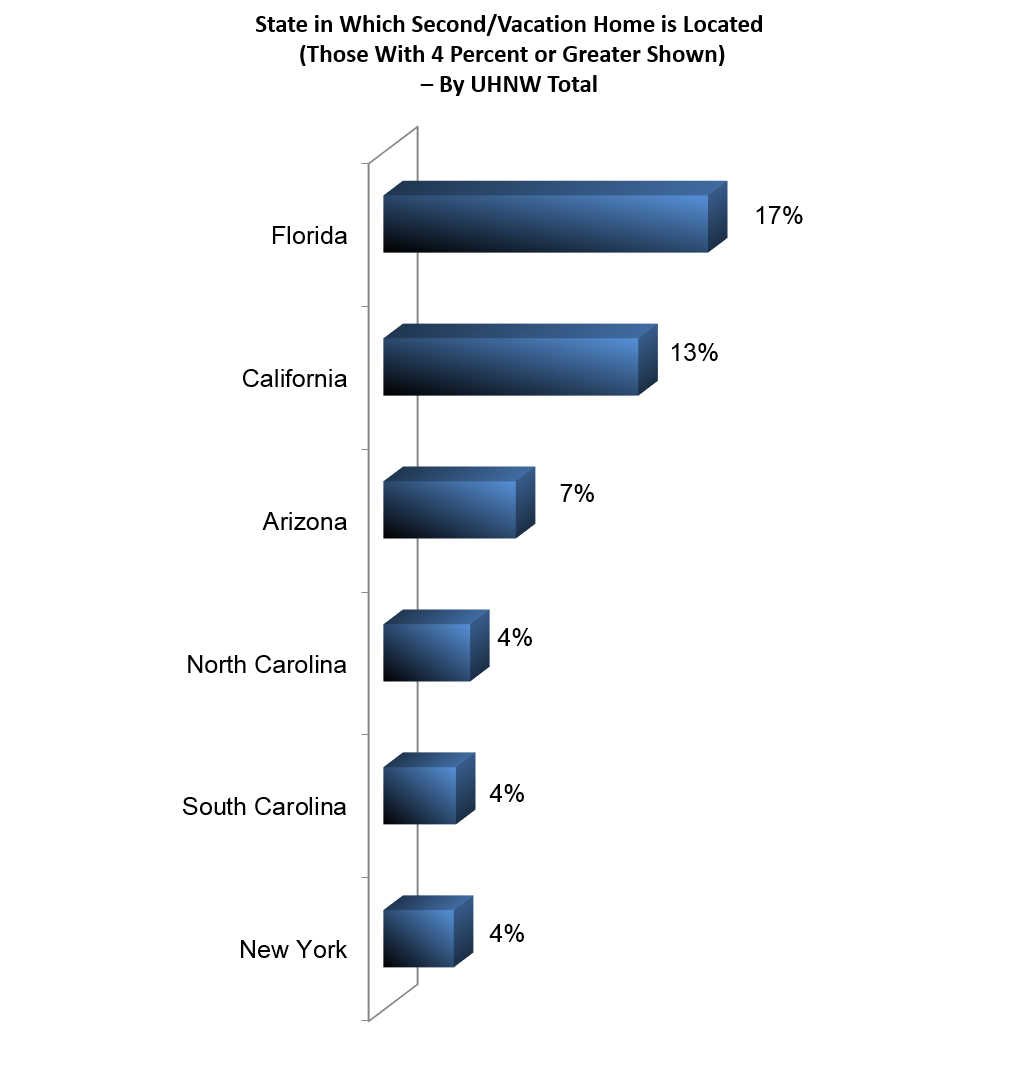 One of the ultimate and most attractive signs of sufficient wealth is the ownership of a second home.

It might be in a preferred vacation location, it might be a snowbird home, it might be an investment property, but the second home represents a certain level of financial comfort.

In our study of affluent investors and how they allocate their assets, investors are asked about whether they own a second or vacation home. It makes sense that the wealthiest investors would be the most likely to have a permanent home as a getaway location, but even among the least wealthy investors surveyed, at least 10 percent have a vacation home.

Our study Asset Allocation, Portfolios and Primary Providers asked investors about all of their real estate holdings, including undeveloped land, residential rental property and commercial rental property. They were also asked about the less-attractive type of secondary home ownership such as time shares or vacation club memberships.

“The appeal of real estate ownership combined with the desire to get away from home on occasion creates the market for second or vacation home ownership,’’ said Spectrem President George H. Walper Jr. “Actually owning a vacation home is far more appealing than time share ownership or vacation club membership, for a number of financial reasons.”

Starting at the top, 35 percent of all Ultra High Net Worth investors own second or vacation homes.  Such ownership varied among age segments, but was highest among the youngest UHNW investor, with 45 percent of those under 48 having a second home.

Among the so-called retirement age investor, those over the age of 64, 37 percent had a second home of their own.

Florida is the location of the second or vacation home for 17 percent of UHNW investors, while California gets the nod from 13 percent. Since Florida is considered the natural location for snowbirds – those older people from the north looking for warmth – it is interesting to note that more young UHNW investors have their second home in the Sunshine State than older investors (21 percent of those under 48 to 16 percent of those over 64).

Among Millionaires, 23 percent have second or vacation homes, but they are far less extravagant, with a mean value of $276,000. The average mean value of a Millionaire’s principal residence is $476,000.

Millionaires show a similar interest in having a vacation home in Florida (16 percent) and 9 percent have their second homes in California. But 7 percent of Millionaires have their getaway home in New York, and only 5 percent are located in Arizona.