The Outlook Numbers Go Through The Roof 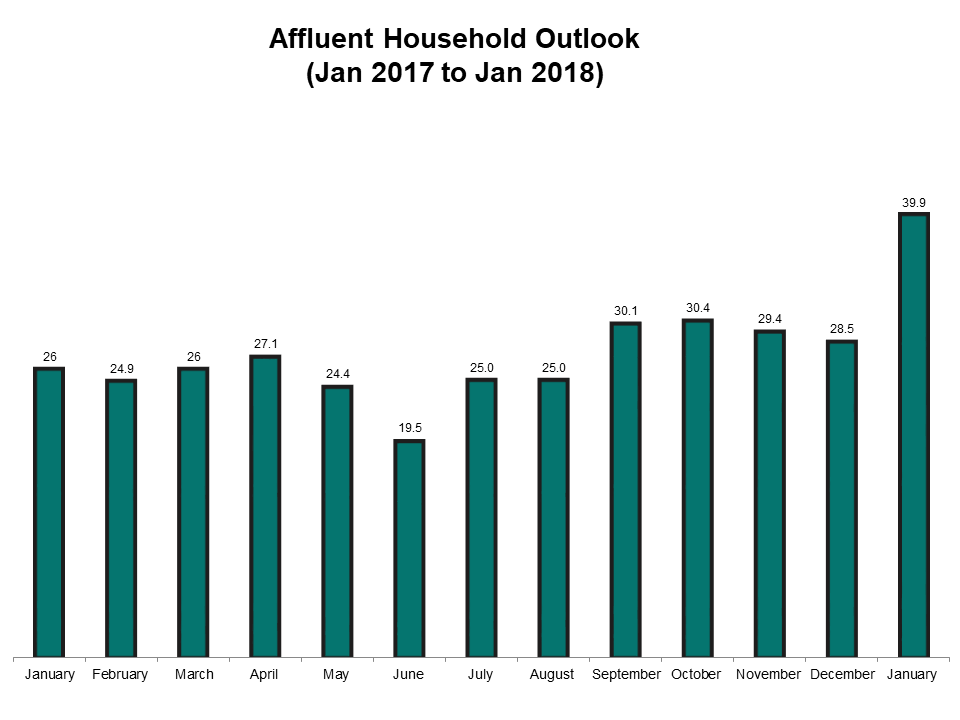 To say American optimism is high regarding the economy and its effect on household finances would be an understatement.

The Spectrem Household Outlook, the monthly study of investor opinions regarding the state of the American economy, in January reached its highest mark since January and February of 2005.

The Spectrem Household Outlook asks investors to rank four financial components in their lives in terms of how they perceive them to be progressing. In January, the overall Outlook among all investors reached 39.90, the highest rating by more than 8 points since February of 2005, when it peaked at 40.2.

Among Millionaires, the Outlook rose 13 points to 43.29, the highest mark since January of 2005, and among non-Millionaires it rose 10 points to 36.61, the highest recording since February of 2005. Combined, the overall Outlook was 8 points higher than it has been since a 9-point drop in March of 2005.

The component of the Outlook which produced the big jump was the Economy. For both Millionaires and non-Millionaires, the Economy rating jumped 30 points.

Even retired investors reported a 5-point bump in their Household Assets outlook to 56.25, a very high rating for investors with a more static financial picture than working investors.

Female investors reported the higher rise in their Household Income outlook, from 21.11 to 25.00, a three-month high.

Again for comparison, the Company Health outlook among non-Millionaires in October was 5.05.