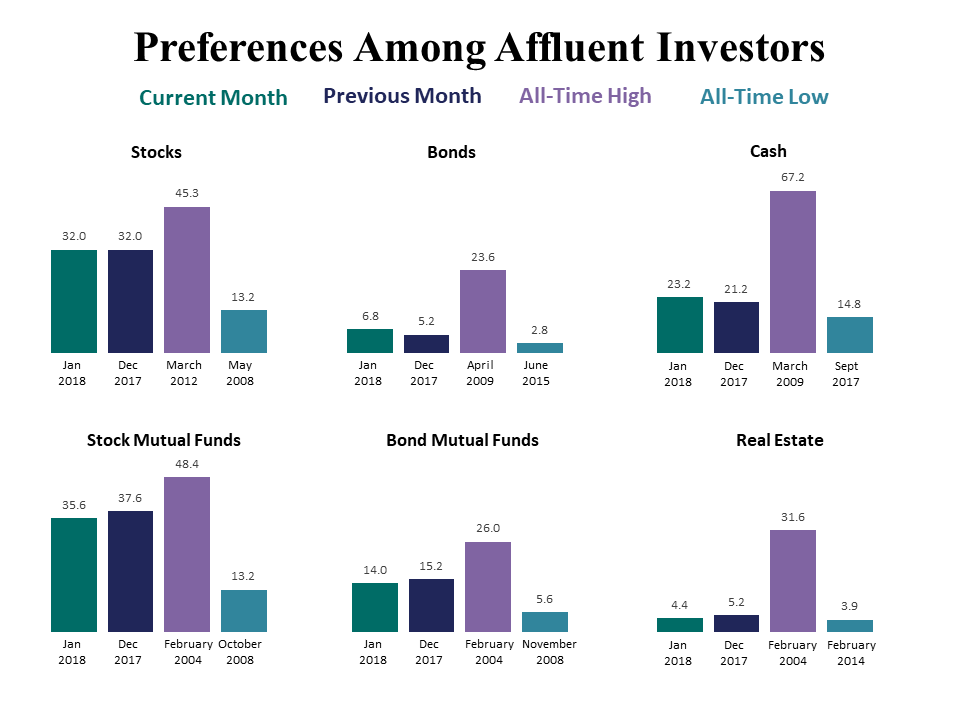 Despite the continued climb of the stock market and reports of American companies celebrating the new tax laws with employee bonuses, investors in January displayed a pullback from the enthusiasm they reported in December.

Both the SAICI (an index of investors with $500,000 in investable assets) and the SMICI (for investors with $1 million in investable assets) fell in January, the first time since October both indices reported a drop. In both cases, the decrease was by 3 points, which is not a significant number but does indicate a fallback from the significant optimism shown in December.

Among all investors, the intention to not invest further in the coming month rose to 36.40, the highest level since July of 2017.