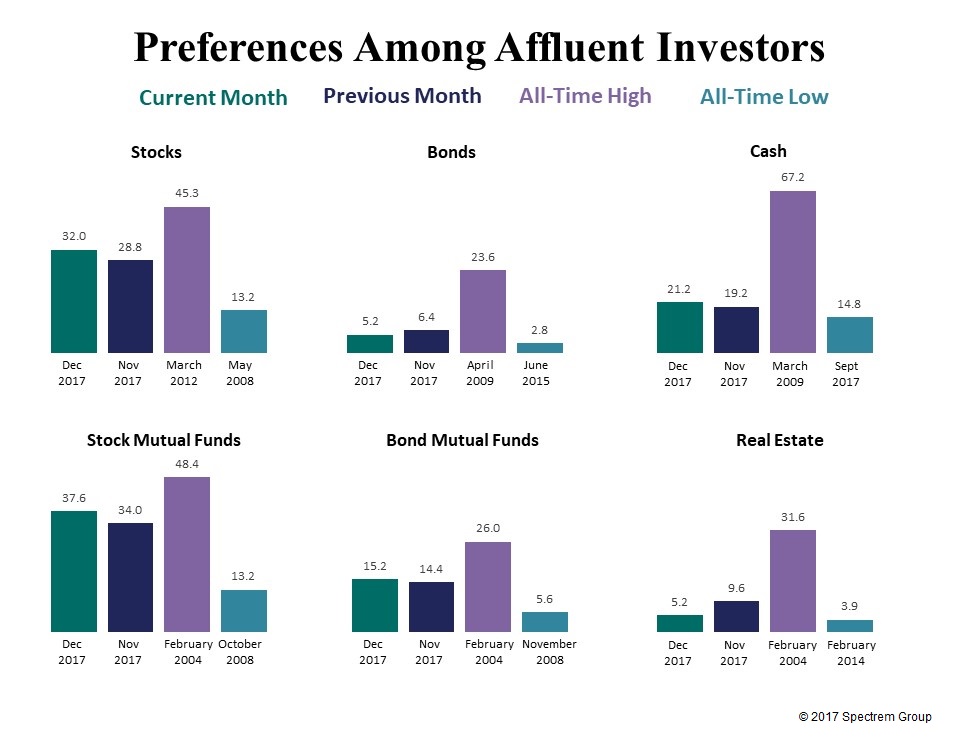 The promise of new federal tax laws spurred the stock market to even higher levels in December and investors took note, expressing optimism for market investments in the new year.

Among all investors, there was also an increase in interest in Cash and Bond Mutual Fund investing. The only significant decrease reported was in Real Estate investing, which was down to 5.2 percent of all investors.

There was a large drop among Millionaires in Real Estate investing, but that is not a surprise as the November percentage of 12.6 percent was the highest mark since July of 2014.

The only category in which female investors reported an increase was in Cash investing, climbing to 23.3 percent, one of the highest percentages of the year.

At the same time, Republicans and Democrats reported a decrease in Stock and Stock Mutual Funds, and investors representing both parties expressed a greater likelihood to avoid an increase in investing in January.

Both working and retired investors joined the binge on Stock and Stock Mutual Fund investing, and by similar percentages. Working investors reported an increased interest in investing in all categories other than Real Estate investing after an unusual rise in that category in November.