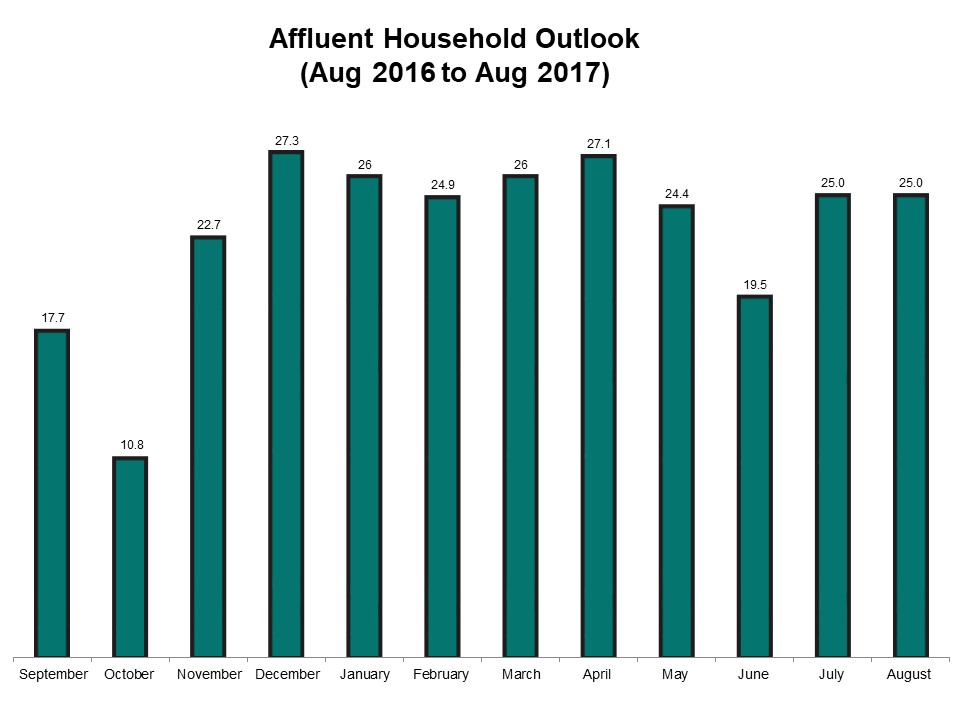 The Spectrem Household Outlook asks investors to rank four financial components in their lives in terms of how they perceive them to be progressing. It is unusual for non-Millionaires to have a better outlook than Millionaires, but that is what occurred in August.

This is the component in which males and females have similar viewpoints, 53.11 for males and 49.32 for females.

This is another component in which non-Millionaires reflect greater confidence and optimism, with a rating of 24.39 to 19.69 among Millionaires. The low number for Millionaires is a huge decrease from the mark of 32.17 in July, which was the highest number for Household Income in more than three years.

In the past 10 months, the Economy Outlook has dropped below 10 only twice, and that has occurred in two of the last three months. Non-Millionaires again report a higher optimism at 13.82 to 2.36 among Millionaires, not only marking the second month in a row non-Millionaires had a higher opinion of the Economy, but also showing a larger disparity between the two segments in that category.

The Outlook for Company Health was similar among all segments, including male, female, Republican and Democrat.