How do you become a millionaire? There’s no simple answer short of having the stars align just for you, but you could always just ask a bunch of millionaires how they got rich to give you an idea.

Spectrem Group, a wealth research firm, released their quarterly Wealth Segmentation Series report on Financial Behaviors and the Investor’s Mindset. Spectrem asked UHNW (ultra high net worth) investors of all ages worth between $5 million and $25 million how they made their fortunes.
The top three ways millionaires believe they made their money include “hard work” (96%), “education” (93%) and “smart investing” (90%). 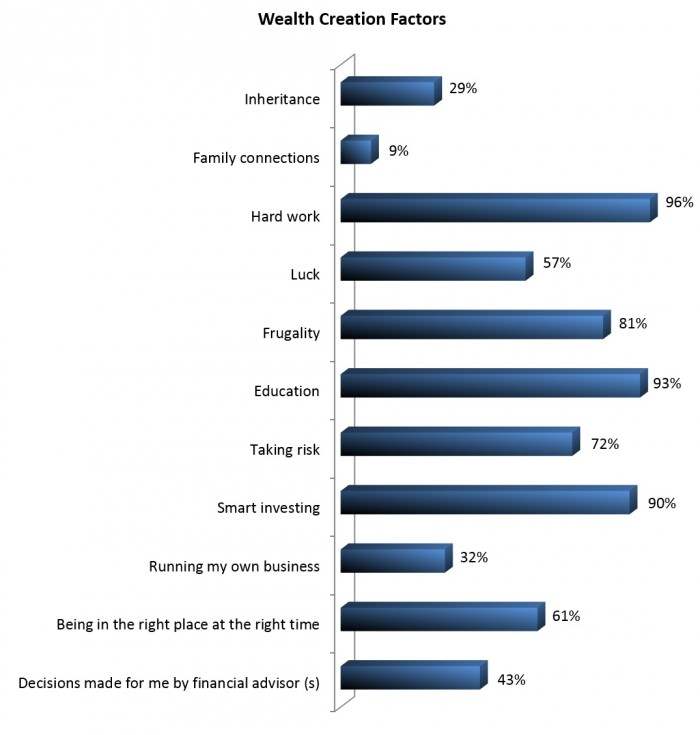 Frugality, risk taking and luck rounded out the next three factors, all of which every struggling entrepreneur knows plays a huge factor in self-made success. The factors that contributed least to making these individuals millionaires, according to them, included family connections and inheritance.