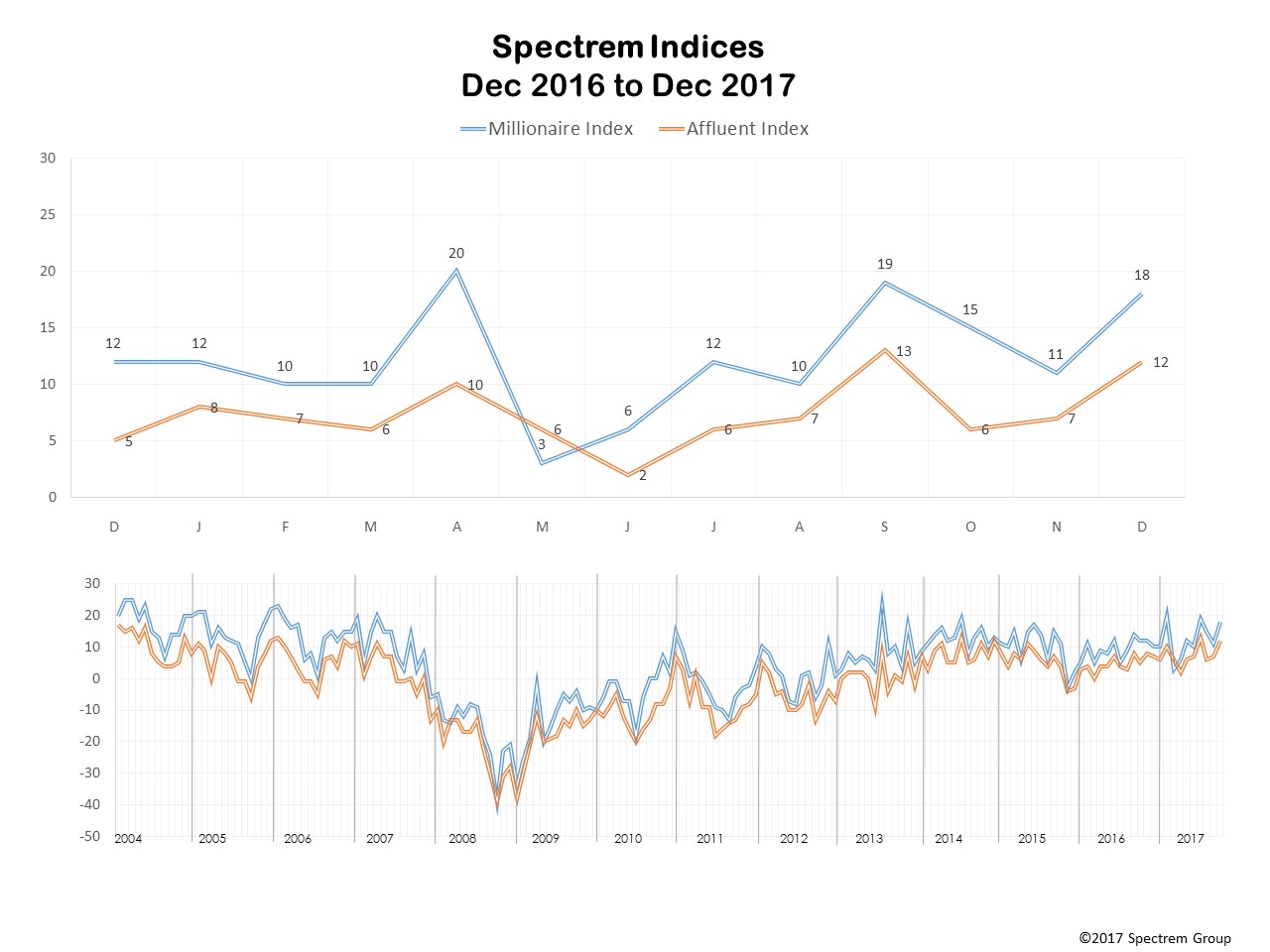 ·         The SMICI recovers significantly from the November drop.

·         Stock investing among all affluent investors reaches its highest percentage since March, with the biggest gain coming from non-Millionaires.

·         The Outlook for Company Health was down among all investors, but especially among non-Millionaires,

The promise of a new set of tax laws in the United States, along with the continued record-breaking numbers in the stock market, produced a very positive month for the Spectrem Confidence Indices.

Both the Spectrem Affluent Investor Confidence Index (SAICI) and the Spectrem Millionaire Investor Confidence Index (SMICI) saw increases in December, marking the first time in three months that both indices improved. There were corresponding (albeit small) improvements in stock market and stock mutual fund investment intentions among all investors, and a slight decrease in the percentage of investors who are not going to increase their investments in January.

The SMICI rose from 11 to 18, reaching its highest mark since September and the third highest mark in the calendar year 2017. The SAICI almost moved up from 7 to 12, its second-highest point of the year and just below the index of 13 it reached in September as well.

The monthly SAICI tracks changes in investment sentiment among the 17 million households in America with more than $500,000 of investable assets. The SMICI reflects the investment sentiment of households with more than $1 million in investable assets. The December fielding was conducted from Dec. 14-21, as the tax law was approaching final approval until it was sent to President Donald Trump on Dec. 20.

For non-Millionaires, there was a noticeable increase in stock investing to 26.3 percent, the highest percentage in seven months. Non-Millionaires also had smaller increases in Stock Mutual Fund and Cash Investing.

The overall Outlook among non-Millionaires dropped to 26.27, which is still the third-highest Outlook of the year for that segment. Among Millionaires, the Outlook climbed to 30.49 after a significant drop in November.