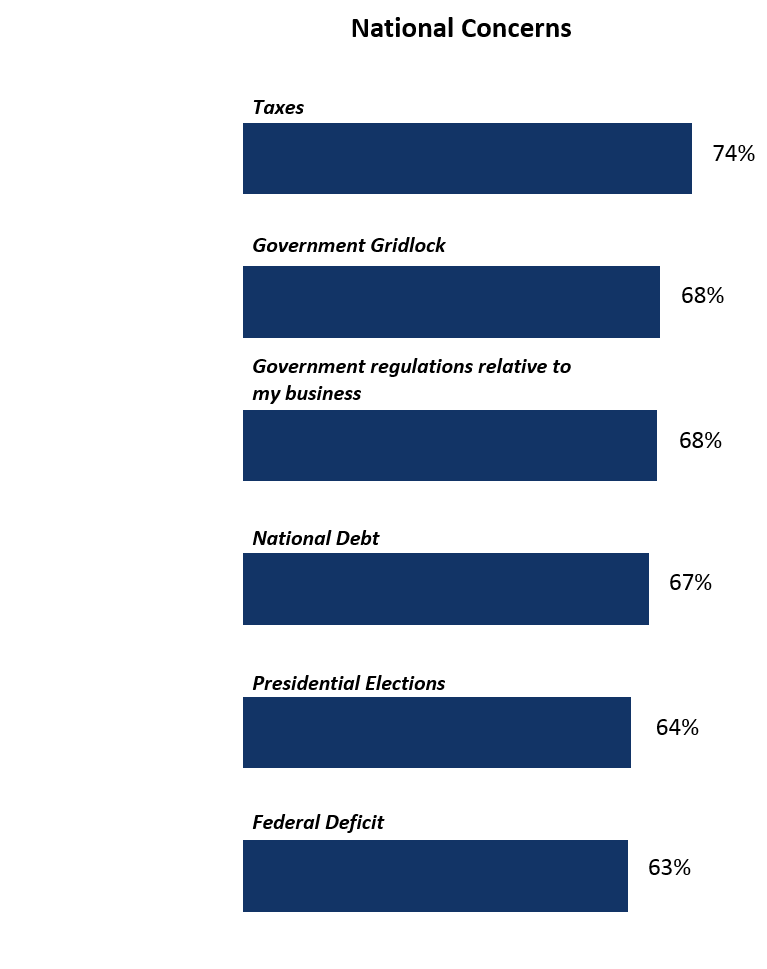 Of net new private-sector jobs, and roughly half of private sector employment, according to the Small Business Administration.

Our new study, Serving Business Owners surveys nearly 300 business owners of small and mid-sized companies across a diverse array of industries and examines how business owners use their financial providers for their personal and business needs. To effectively meet their needs, it is instructive to know what concerns American business owners most.

Three-fourths of business owners, our research finds, are most concerned with taxes, while nearly seven-in-ten (68 percent) are concerned about government gridlock and the perception that the White House and lawmakers will not or cannot work together to solve the country’s economic challenges.

An equal percentage express concern about government regulations relative to their business, while two-thirds (67 percent) are concerned about the national debt.

Six-in-ten business owners overall are concerned about the upcoming presidential elections, which even in the early stages of the process, have been increasingly rancorous, the federal deficit, and terrorism.

An analysis of survey responses by business wealth finds some telling gaps in the level of concern over various issues. The highest percentage of business owners concerned about taxes (80 percent) and an increase in the minimum wage (60 percent) are those whose entities are worth less than $1 million. These business owners, too, are most likely to cite stock market performance as their primary national concern (75 percent vs. half of business owners whose businesses are worth between $3 million and $4.9 million and at least $25 million).