More Millionaires to Head Back to the Investment Sidelines 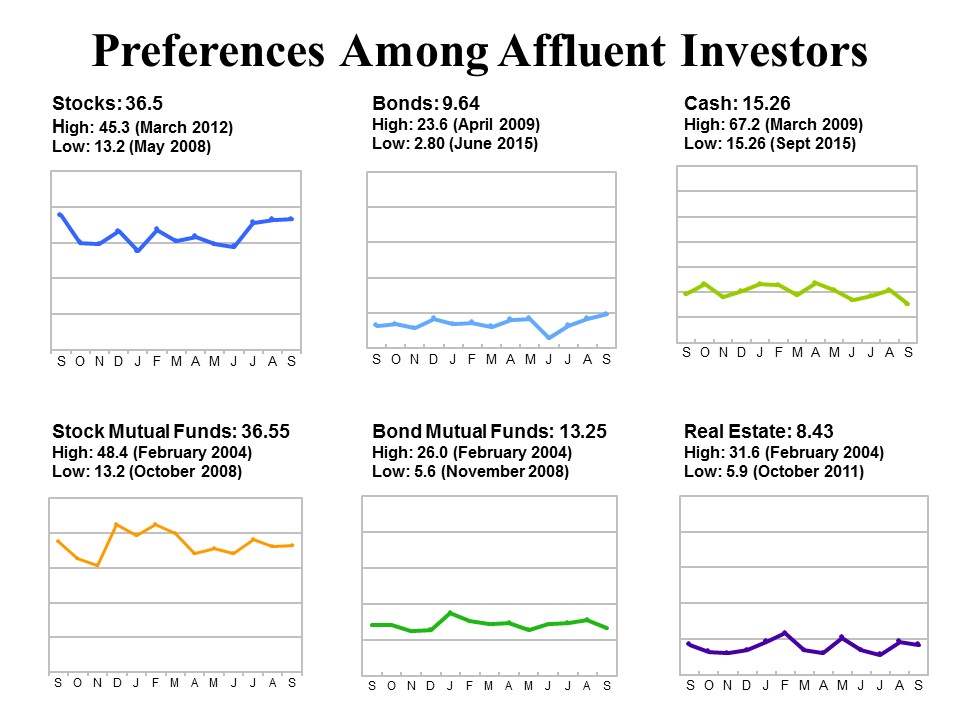 Market volatility in late August and September is driving Affluent investors back to the investment sidelines, according to Specrem Group’s latest investment preferences survey. Affluent investors overall who indicated a reluctance to invest in the coming month rose 4.55 points from August to a 10-month high.

In September, the stock market fell sharply for the second consecutive month. The S&P 500 closed the month at 1920.03, down 2.47 percent. The markets were roiled in August by concerns over the slowdown of China’s economy. On Aug, 24, the Dow suffered an historic 1,000-point decline before closing with a loss of nearly 600 points.  It was the worst day for the Dow since August 2011. The reverberations could still be felt in September.

Millionaire investors indicating they do not intend to invest in the short term jumped 6.2 pts, compared with a 0.6 of a point gain among non-Millionaire respondents. Year-over-year, however, this represents a 4.1 point decline for Millionaires, but a nearly 12-point increase for non-Millionaires.