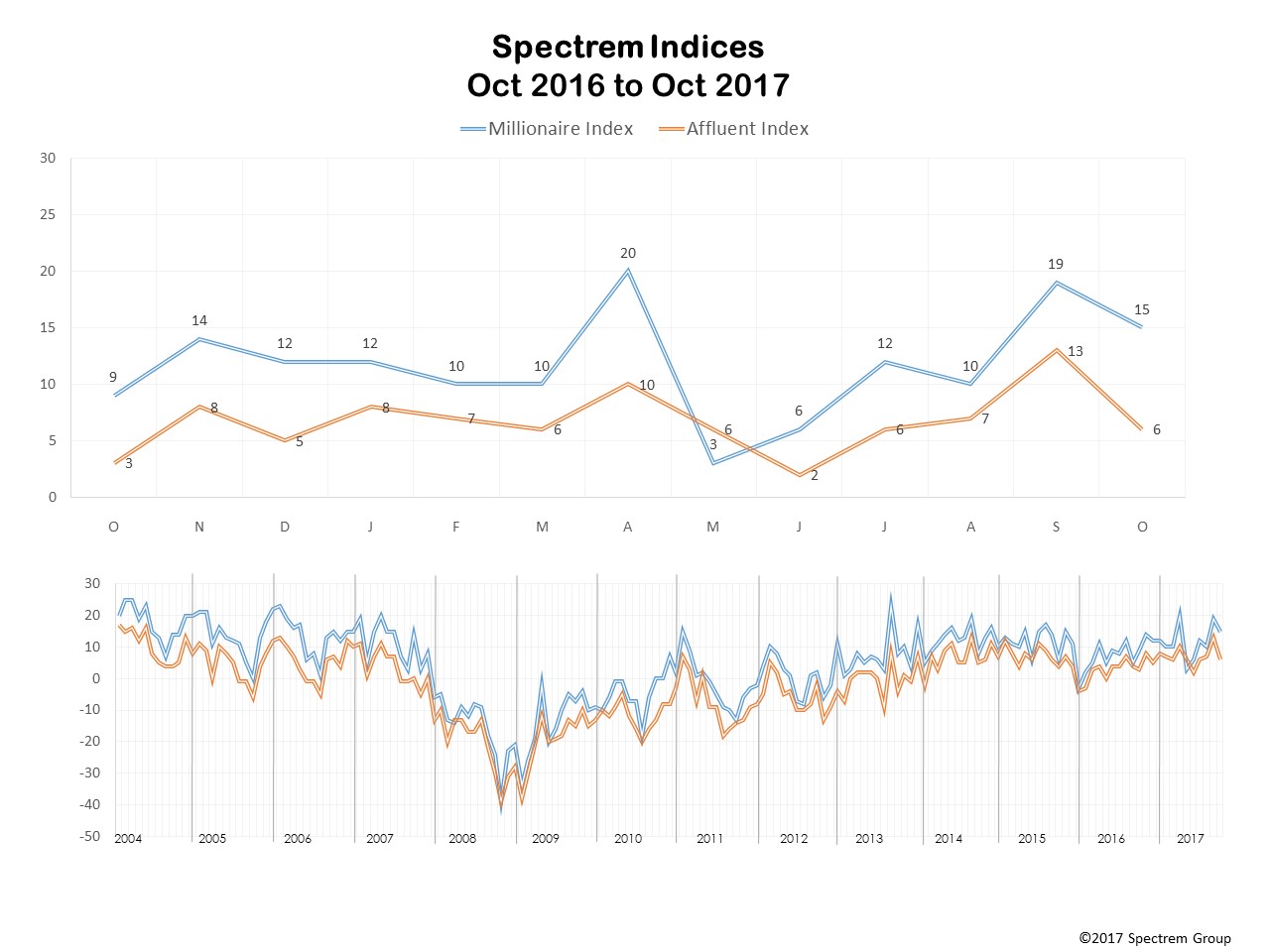 ·         Despite the drop, the SMICI remains at one of the highest levels of the year.

·         Both the SAICI and SMICI are higher than they were one year ago, before the presidential election.

The stock market continues to climb and corporations across America are reporting positive growth and profits. Although the federal government has yet to change the health care system and the prospect of a new tax code remains up in the air, corporate optimism remains exceedingly high.

Perhaps too high, in the eyes of non-Millionaire investors.

Both the Spectrem Affluent Investor Confidence Index (SAICI) and the Spectrem Millionaire Investor Confidence Index (SMICI) recorded drops in October, as did many of the future investment options considered in the monthly Spectrem analysis of investor plans and expectations. Both the SAICI and the SMICI reached significant highs in September, so a drop in the index in October is not completely unexpected.

The SMICI fell from 19 to 15, but remains at one of the highest levels of the year. The SAICI dropped from 13 to 6 in October, recording its first fall in four months. Both the SMICI and SAICI remain higher than they were one year ago, when election uncertainty ruled the investment landscape.

However, Millionaires increased their investing in the safety categories as well, including a jump to 30.5 percent in Cash and 20.5 percent in Bond Mutual Fund investing. The Cash investing category reached its highest level since August of 2012.

For non-Millionaires, Cash investing went up as well, to 20.2 percent.

Among the four components creating the overall Outlook, Millionaires recorded a huge jump in their opinion of the Economy, up to 36.42, its highest mark since February of 2011. Among non-Millionaires, Company Health registered its lowest mark since September of 2016.